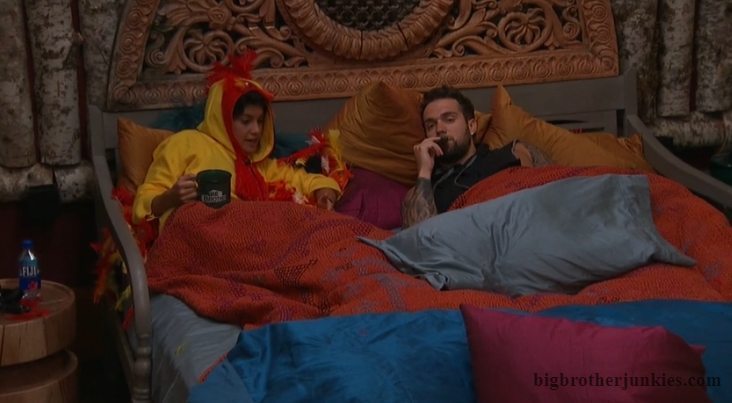 Just one more full day of this nonsense before a new HoH is picked. Please for the love of all things Big Brother let it be someone who shakes things up. I think the best case situation right now is either Jackson or Holly because the rest of the house will just fall in line and likely evict either of those two.

The house will come together and decide if they’re keeping Cliff or Kat this week but it’s likely going to be Cliff. It just makes so much more sense on a game standpoint. Both would be very tough to beat in the final 2 but Cliff would be easier to beat in virtually any physical/endurance comp coming up. While I’m not a big fan of that happening, I’m just looking at the game strategically and what those in charge should do in their shoes.

Other than that, there isn’t much to talk about so I’m going to jump into the BBJ Pet of the Day! 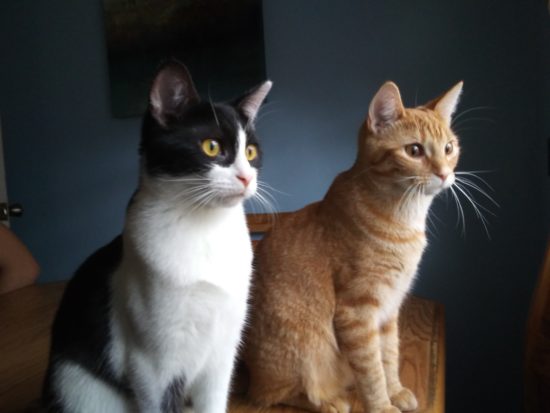 11:20 AM – Nick is laying in bed with Sis (of course) talking about how good they feel in the game.

1:15 pm – Nick is explaining to Holly how he has to keep things equal because once one side gets too strong, he’s screwed.

1:45 pm – Kat and Cliff are making rounds campaigning. As I said earlier in the week, it’s mostly irrelevant what they say because the house knows the pros and cons of both and it’s about keeping whoever works best for them.  Kat is talking to Christie and pointing out the major flaw in Kat’s game. Christie says Kat continues to say how Jackson is her #1 target to anyone who will listen yet Holly and Jackson are on board to keep her which is suspicious as hell. Christie is absolutely right which is why Kat is gone this week. She’s annoying, but a good player and sniffed that out immediately.

Christie says if she remained on the block she was going home. Kat disagrees. This conversation is going horrible for Kat because Christie is right yet Kat continues to obviously lie.

In another room, Nick is re-telling his conversation to Jackson how cool he is with him and Holly blah blah 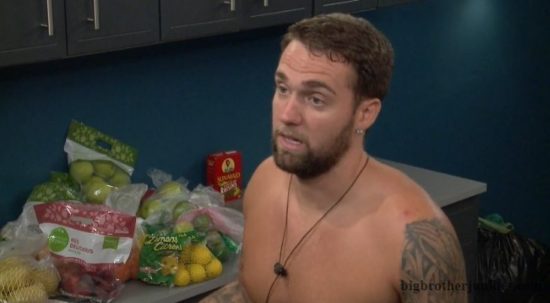 Nick says he can’t break a promise because that’s two jury votes against him if he does so he is definitely not putting Jackson or Holly up.  Jackson leaves and Nick whispers something to the cam which sounds like he just repeats that statement to us and how he has to play safe.

She tells him how Cliff is the smartest player in the house. Superfan. Beat David in coming back.  Basically, she doesn’t want to trash Cliff which is understandable but she’s pointing out how big of a threat Cliff is. One of her things is that he’s older so he probably doesn’t give a shit about the people in the house. Weird. I guess us old people don’t like youngins. Her main point is that Cliff is established in life and isn’t too concerned about backstabbing people. I guess that’s why he backstabbed Christie when he had a chance (oh, wait. He didn’t)

Running out for a bit. Will likely create a new post after the CBS episode