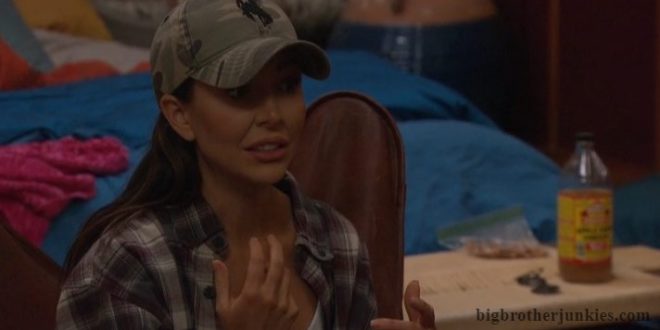 I’m back! Father has a heart issue and is not out of the clear but made it in time where it should be treatable. This goes with what he had going on two years ago so needless to say he’s been through a lot. Again, not getting too personal here, but I know many readers have been around a super long time and kind of feel like part of the extended family, so I wanted to give an update. For those new, welcome, but the thing with me is that I ramble and sometimes get personal.

Alright, I’ve been a tad out of the loop these last few days, so I’m going to spend tonight playing catch-up so I can be fully ready to go by the start of the next game week tomorrow night. As far as I know, Sam should still be going, but today is the day where reality sets in and everyone starts strongly campaigning so if votes are going to be flipped, it will be tonight. And I’ll be here to track it!  At this point, I am not a fan of either going home so it’s kind of a no-win for me. There are few people that I can tolerate in the house, and while Sam has super annoying DR sessions, he is one of them. Another person I think is entertaining is Kat. Needless to say, I’m not a fan of the noms this week.

Let’s just get started on updates while I read back on the last 24+ hours….

Thread closed, here is the overnight