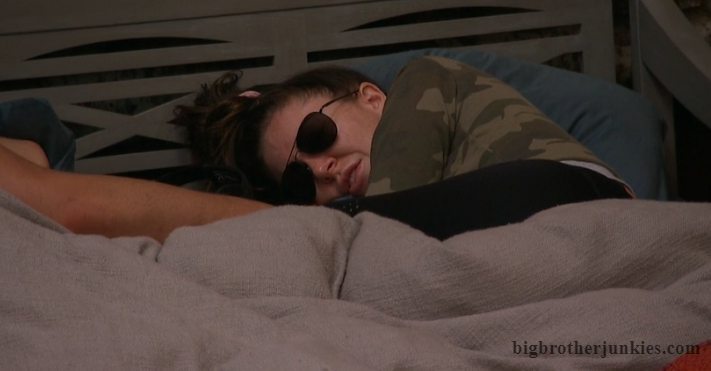 It’s Wednesday in the Big Brother house and that means it’s campaign day for Cliff and Jessica! It’s their last chance to try and stay safe this week but they’ll have to work strategically because one of the voters has been puking her brains out since around 4 am. Holly (who looks exactly like Audrey in that photo above) is suffering from serious stomach issues which further exposes the thing least talked about this season – all the stomach illnesses.

I have blogged this show including three alternate seconds (BBOTT,CBB,CBB2) since BB13 and I’ve never seen a group of people ask sick as this group has been this summer. In fact, I can only really remember a handful of times someone has been sick in all the seasons yet this season there have been numerous people with intestinal issues. What is up with that house? I think I can think of one issue and that is the extremely unsanitary way they cook. I don’t often watch them prepare dinner, but whenever I do, I see really bad habits like not cleaning cutting boards or draining chicken juices into a sauce. I’m nowhere near an expert at cooking. The best I can do is make mac and cheese using the instructions from the box. However, I do know how bad cross-contamination can be as I have seen a number of people yelled at about it from Gordon Ramsey.

In ironically the cleanest house in a long time (there have been virtually no ants), this is the most dangerous I’ve seen it for food born illnesses. Needless to say, the only thing I’m surprised about today is that we don’t see more people sick on Wednesdays after watching how they prepared Taco Tuesday a few weeks back.

As far as the game goes, it’s still a battle to win over Nicole. Once again, she is the swing vote. For someone who has done virtually nothing this season other than be one of the few good people in the house, she has had a lot of power in who actually goes home every week. This week is probably the biggest decision for her as the rest of the season, and possibly her shot at at least $50k, rests in her hands. Cliff is a huge pawn for Jackson and Holly while Jess has been one for Tommy and Christie. Nicole has to choose which side she wants to lose its key pawn which could drastically hurt their power moving forward.

Let’s see how the day unfolds. Sorry about the delay today. I actually had most of this written up but had to run out before I could publish

Also, thank you a ton for donations!  You guys are amazing.

This is Bruno Mars sent in by Linda!  He is a rescue cat who loves looking at the other rescues on the feeds! Very beautiful kitty 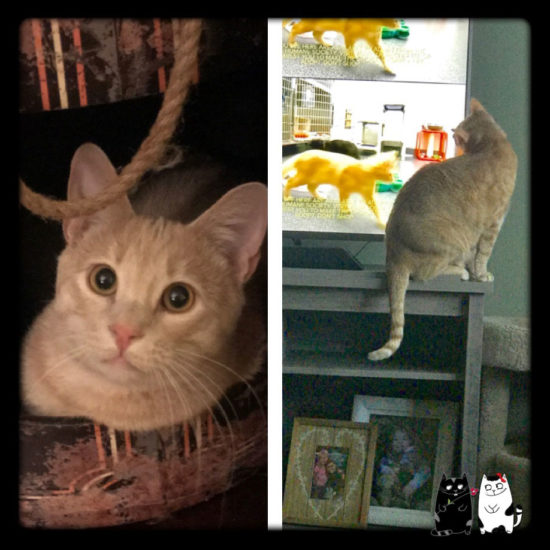 2:00 pm – Holly is still in bed and Tommy is chatting with Jess in the bedroom

It’s pretty much a sure thing that Nicole is voting to keep him. They talk about the potential DE tomorrow and Nicole is thinking Tommy and Christie

Nicole says she’d rather be second to Cliff than fourth to someone else.

4:30 pm – Jackson and Christie are playing backgammon while Holly rests her salmonella. I joke about it but I may be half serious.

5:00 pm – Jessica went upstairs to have a small push. She leaves and Jackson and Holly say how they want to keep her but they just can’t. Cliff is just better for their game. It also makes them sick how suddenly Christie is kissing Nicole’s ass

Jackson heads downstairs and Cliff tells him that Christie and Tommy are throwing them under the bus.

6:30 pm – dinner time. Holly is at the table and looks much better than what she did. She looked like a ghost earlier so it’s good that she’s feeling better.