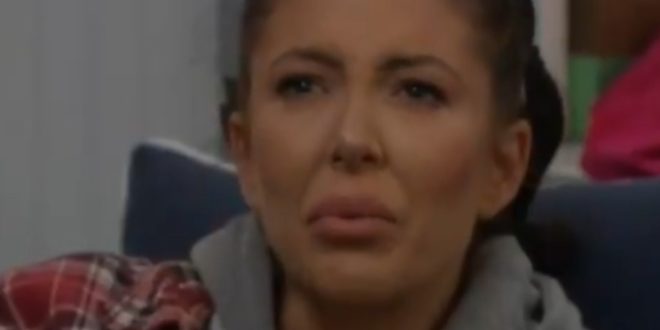 Good morning BB Junkies! It’s another eviction day and we should be in for a good time this evening no matter who leaves. Except for Nicole having a plan to get rid of Beth, we’ve had to wait all week for some gaming and we got it last night. As of right now, we still don’t know who will be leaving this evening. Cliff and Nicole  finally agreed on Tommy staying at one point but they’re uncertain again. Jackson gave them some information and it has them questioning which move is best for them again.

I have some things to mention before I get to the actual recap and the first one is thanking you again for your donations. I really appreciate it very much.

I’ve also been meaning to post something discussing jury voting but haven’t found time to fit it in the recap. (I suppose I could’ve done it instead of posting all those egg hunt pics but sometimes you make a call and just have to stand by it) Back when I only wrote the occasional editorial piece for Steve, I could really dive into a topic. I can’t do that while doing daily recaps because it would take all day to read so now, I just try to touch on a topic a little when I can  fit it in or if it was a really slow day.

Each time a juror is evicted, they answer questions sent in by fans which get posted online. Yesterday, I saw Jessicas and was almost speechless. Since I was already thinking about this jury, I figured I’d bring it up today. I didn’t think Jess could be a worse player than she was in the house but I was wrong. It seems, she still doesn’t understand what’s happened during the game. Jury is when they get to sort everything out and find out the truth. The facts come out even if they sometimes put their own spin on them.

Jessica was asked her biggest regret in the game. She said her biggest regret was not evicting Nicole sooner because she believed Nicole was a mole. For the record, Nicole was a mole once….but it was FOR Jessica, not against her. Jessica’s BF Kat was the true mole and the person who gave up info on the Cliffs Angels  alliance. Jessicas one game move was getting Jack out but guess what? She said if he’d communicated more with her his last week, evicting him would also be a regret.  Deep down, Jessica always wanted to be with the ‘cool kids’ and now she’s finally where she wants to be. We already knew she blamed the messenger when Nicole gave her information about the alliance Jess was left out of but I think Jessica’s issues with Nicole goes beyond that. I think Jessica resented Nicole when she found out Nicole was being included in an alliance with the cool kids and she was being left out.  Jess probably isn’t the best example as to how a jury votes because I have no idea what game she was playing or what game she’s finding out about now.

I’m also not getting into the fairness or unfairness of Tommys advantage until I see if he makes the F3.  Because we talk to each other so much about how we think so and so will vote, let’s look at it as a whole. First, we debate game moves all the time but predicting a jury vote is, in my opinion, the hardest thing for us to guess.  It doesn’t stop us from doing it and it gives us something to talk about when we get near the end.  Often, we look at this move or that move and assume the jury will see it the way we do. We aren’t the people getting burned in these moves so we have no idea what they’re going to respect.  In recent years, not only have juries became more bitter, they’ve became less apologetic about it. Like it or not, we’re not in the Dan or Dr. Will era anymore. Lying and deceiving arn’t respected anymore. Now, it’s more about keeping your word and how many comps someone won. When we’re predicting votes, we need to keep in mind, we’re looking at it through a lens of knowledge. Not only are we less emotional about it, we also saw everything someone accomplished to get to the end.  They don’t always have that information, even when they open up in jury.

We also need to remember, jurors vote for their friends. They’ll come out of the house and say that had nothing to do with it but it simply isn’t true. How many viewers get a favorite, want them to win and convince themselves that person played the best game, even if they didn’t? Isn’t that the same thing as what the jury often does, wanting someone you really like to win the game?  Most jurors have later admitted they came to finale whith their minds made up too. The speeches and questions can (once in a while) lose someones vote, but it rarely earns someones vote.  BB16 Derrick said the jury “remembers how you made them feel” more than anything else. I don’t know if that’s true, and probably not in all cases, but he did win the game so I’m going to assume he knows what he’s talking about. As we get to the end, that might be something to focus on if you’re trying to predict the jury. How did this player make that player feel when they left the game. One final thought about the jury, don’t  buy into the taped jury segments. They’re misleading on purpose because the show wants the suspense. It’s edited in a way that makes it impossible to know what they’re really thinking.

Now, moving on to the recap for yesterday:

I’m not going to go conversation by conversation because there was so much repeating yesterday. Both Tommy and Beth campaigned and even though Beth spoke with Cliff and Nicole separately, she said the same things to both of them. I’ll just give you the highlights of her amazing campaign strategy.

No, Beth hasn’t turned into Jess because this isn’t anything new for her. She blanks, grunts and stammers when she doesn’t really have a point to make. She talks the same way when she’s fighting with Jackson and happens to be wrong about whatever they’re fighting over and gets called out on it.. It’s a hesitation she uses when she’s caught talking BS. It’s also why she uses so many “uuggghhh’s” and other frustration sounds. She doesn’t have a valid arguement and tries to fake her way through it. In an arguement with Jackson, she can burst into tears, storm off or call him an asshole when she draws a blank. She couldn’t do that with people sitting there for the specific purpose of listening to what she had to say.

Today might be some good feeds and I have no idea how this will play out. I don’t think it matters as much who they keep anymore because at this point, Cliff and Nicole have to win. Even if they keep Beth, the damage is done. If the keep Tommy, he’s the biggest jury threat.  Keep Tommy to help get rid of Jackson?  Keep Beth to have one less person to beat in comps? Who will they believe today and do they need to believe anyone to make the decision? Who know anymore? I sure as hell don’t!