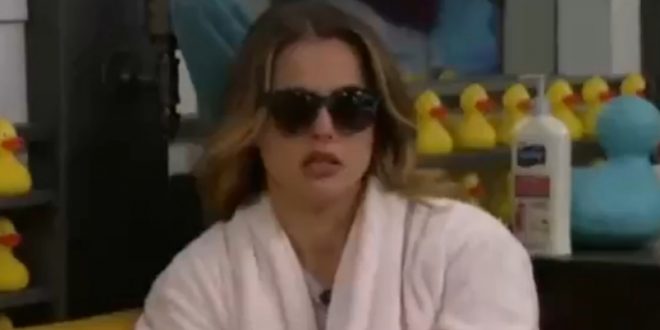 Good morning! I hope everyone can go out and enjoy the weekend because waiting around for the feeds may not be the best use of your time. Everything will be focused on who wins the veto later today. After that, we’ll either see more of Christmas crying or Cody & Nicole panicking. I suppose a third option could be seeing Christmas driving Enzo nuts over his decision, if he were to win it. With only 4 people left, those are the options.

Today should give us a good indication of whether or not Cody wins the game. Yeah, I get that anything can happen, (Josh beat Paul) but for the most part, its Cody’s game to win or lose based on todays results. There may still be some drama but it could be more from people realizing they’ve lost rather than continuing to try to win. Yesterday was a slow day on the feeds but here’s what happened: 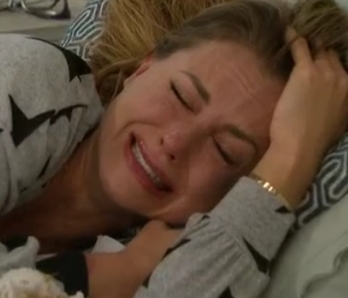 Sure, Christmas has been on the block alot lately and that can start to wear on a person. (Kevin says hi) It also sucks when the one person you’re close to is evicted. She lost Tyler, realized Enzo wasn’t really with her and lost Memphis in a short period of time. I’m sure she feels pretty alone right now. However, EVERY time Christmas loses a comp, she goes to bed, cries and says she’s upset for a different reason. (Ya, the reason is that she’s a sore loser) When Kaysar was left with no allies, she thought it was fantastic! It was the same for everyone else too. What was it she told Nicole recently? “Put your big girl pants on.” Christmas needs to do the same because this nut is my only hope to shake things up this week! Her crying marathon IS NOT the way to mentally prepare for the veto comp. While she laid in bed crying, Cody studied most of the day. (I’m not rooting for Christmas, I’m rooting for chaos, to be clear)

We’ll have to wait and see how the veto goes today. It could be early or it could be a late one. That’s why I suggested not being glued to the feeds today. Nothing that’s discussed will probably matter today until after the comps been played. Enzo may ‘apologize’ to Christmas but that’s about it. Even that will just be a bunch of BS so I think I’m going to do something else for a while today.