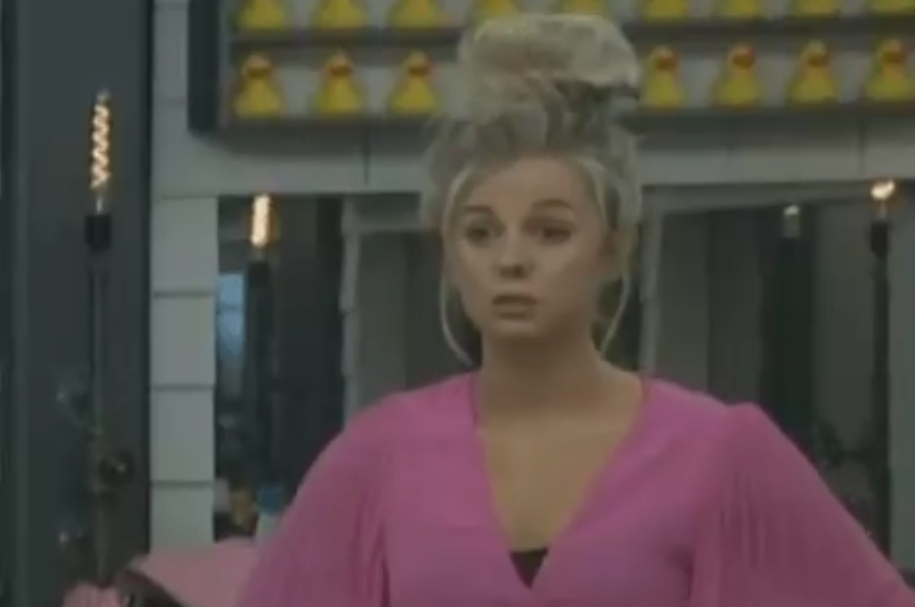 Good morning all! The final 3 keep waiting around for part 2 of the hoh comp to happen and I think it could be later today.  I guess I’m going to give you yesterdays recap in a couple sentences and then move on to something else:

Enzo napped and Nicole & Cody had a backgammon tournament. That’s it, I’m done. (Ok, there was some general chit chat but I’m mostly telling the truth) 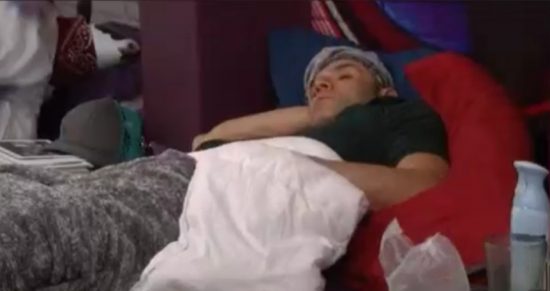 Nicole also had plenty of time for her face olympics in front of the mirror:

This is how last nights memory lane episode ended so make of it what you will: 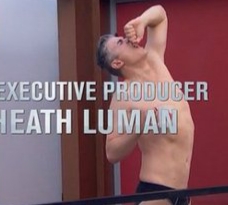 This may be a weird thing to spend time on today but AFP puts 25k in someones pocket so I figure that makes it worth mentioning. If you want to vote: go to cbs.com/bbvote and you can vote 10 X per day. (I think it ends on Tuesday morning at 9:00 a.m. ET)

I’ve mentioned that I’m voting for Day (just me, not a BBJ thing) but I don’t get into campaigning for her too much. (I save that for Twitter, lol) Some seasons, I don’t even vote on it and I’ve seen fans get pretty nasty to each other in the past. If you participate in campaigning for your fave, it should be fun, not mean and nasty.  I can root for Day without trashing other players and especially, other BB fans. This site is usually pretty fun for that. Here, I read comments from people laying out their case for a player and others either agree or politely disagree. This should be light and fun so I thought I’d update you on what I’ve been seeing so far. 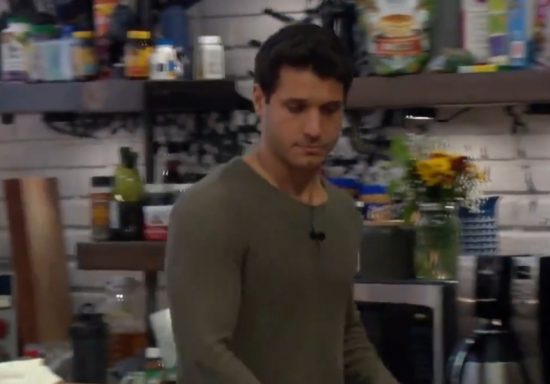 Since I’m not doing a deep dive into the F3 this year like I’ve done in the past, it’s leaving more time for silly stuff like AFP.  The games of the F3 just aren’t that complicated this year. (Who was around for BB20 at the end? Going thru Tyler, JC and Kaycees games for the entire season felt like writing a book!) I’ll probably devote a long paragraph to each of the F3 in the next couple days and that’s it. Besides, it’s pretty obvious who played the best game this season and for some of us, how we want it to end, isn’t even based on the best gameplay. It’s been based more on frustration and seems to change every week. 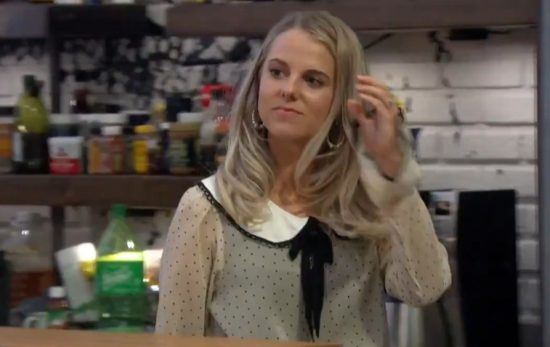 Voting for AFP has already started and most BB polls have Tyler, DaVonne and Janelle leading with Tyler pulling ahead in most of them, just since last night. (I was trying to remember if there was something on last nights episode that would’ve given Tyler a push but can’t think of anything) They arn’t ranked in the same order in every poll but they’re the 3 at the top in most all of them so they’re the ones I’m going to mention today.  A month ago, Enzo would’ve been right in there but I think his routine wore thin for too many fans so I don’t see him factoring into it as much. (He’s still 4th in a lot of polls so he isn’t out of it for certain) Two months ago, I think Dani would’ve been in the race too.  She came in as a fan favorite based on her game from BB13 but people aren’t nearly has impressed with her this year.  I’m not saying those 3 are the only ones who have a chance, they’re just the only ones I think have the edge. Plus, I don’t feel like going over all 16 hgs and having to write a paragraph about how Memphis or Christmas could get AFP. (That would be torture and a complete waste of time) 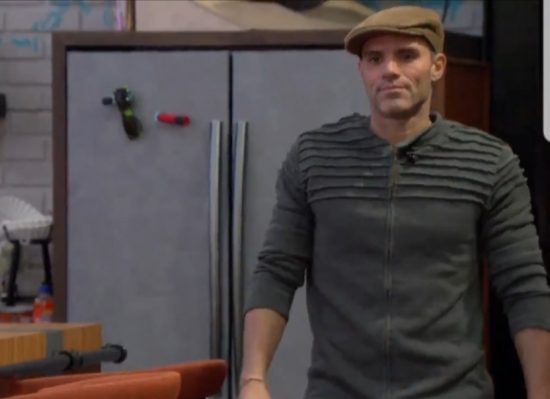 Often, these online polls for AFP are surprisingly accurate, as long as you don’t forget to factor in a few things. The first is the upcoming episodes and what you think will be shown before voting ends. For example, someone from prejury has never won AFP but most prejurors arn’t as popular as Janelle. Since they’ll be airing the segment with the perjury shortly before voting ends, she’ll probably get some extra votes from being seen on the show again.  I don’t know if it will be enough to give her the win since she’s already won it and she was evicted so early. 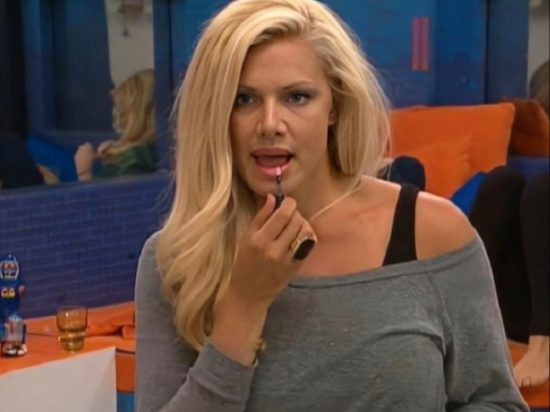 The second is the tv only viewers because there are a lot more of them than there are live feeders. They may not answer these polls as often and Tyler is extremely popular with tv only viewers. He has feed watching fans too but alot more was shown on the feeds regarding him trying to quit and….more than once. People like me may continue to like him, but would never give him the votes for that reason alone. 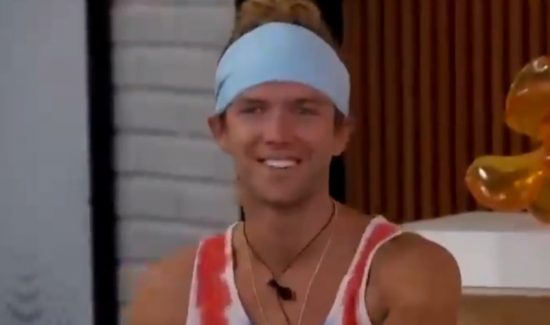 The third thing is that some sites simply tend to be more pro or anti certain players. That definitely can make their polls skewed. DaVonne has a huge popularity among live feeders in general but some sites may be more into to her than others. Unless it changes, Day will probably keep getting good jury segments and that can have an effect.  Production knows she’s popular and will continue to give her good jury clips. (There’s a reason she’s been invited to play 3 times, when her first time, she left 2nd) Most players don’t leave that much of an impression when they leave so early but DaVonne did. 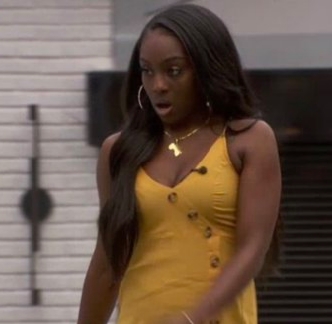 I’m going to toss out some speculation because after all, that’s what we do here but it doesn’t amount to much. (I’m saying, this is for fun, I wouldn’t take it to the bank)  Having said that, I think DaVonne, Janelle and Tyler will remain the top 3. I also think it’s possible DaVonne and Janelle could cancel each other out, since they share a lot of the same fans. If that happens, Tyler could easily end up as AFP for the 2nd time.  Don’t get me wrong, he could anyway. I just think splittling votes for Day and Janelle might make it easier for him. With the lead he seems to be taking over the past day, it looks like that’s what’s happening. I really hope AFP doesn’t end up being someone who tried to quit, even if he is a likeable guy but that’s just me. The people want what the people want.

I know some are voting based more on who they think they’ll piss off, rather than for their favorite. That’s ok too and if it’s one of the top 3, (for now) an argument can be made for each. We know Nicole doesn’t like Tyler and doesn’t understand how he won AFP on BB20.  We really know she doesn’t like Janelle but also knows she’s a fan fave. (Here’s where I’m actually going to stump for Day for a minute) If pissing off Nicole is the plan, Day is a great choice too. Nicole already knows Tyler and Janelle are fan faves, she knows they’ve both already won AFP and it isn’t going to bug her because she expects it.  Day on the other hand, is someone who’s never won but someone Nicole has screwed in 2 different seasons. Nicole’s mom even told her before coming on the season, if Day is there, don’t turn on her. (Nicole said this on the feeds) It isn’t why I’m voting for Day but it’s an added bonus. She’s also a true fan of the show, has never won like the other two and using the veto & pissing off the entire house was my happiest game moment this year. If that didn’t sell you, vote for whoever you like. I’ll still love you all!

Two more thoughts for today…Cody has played a great game but if he wins, is it diminished because he won an all star season? For me, it is and is less impressive. When you come in knowing people, it’s an advantage new player seasons don’t have. For that reason, it won’t ever impress me as much but what do you guys think?

My second thought is about the way the BB game tends to follow prior seasons for game strategy. What I mean by that is, when certain things get rewarded, the next seasons players tend to repeat whatever they saw work before. For example, Josh won BB19 and Kaycee won BB20 by remaining loyal. I guess the same could said for last season but that was a shomance so it’s a bit different. Another example is the large alliance strategy used by Derrick. People saw it work and because of it, they’ve kept doing it. Let’s say, Nicole were to win the last hoh, take Cody to the F2 and by some miracle, win the game. Does that encourage more loyal game play in the future? Does it actually encourage people to never turn on each and make the ‘big move?’ Loyalty has been rewarded in recent seasons and it if happens in an all star season, will it encourage more boring game play? From BB16 to present, BB17 was the only season a player was rewarded and won because they turned on someone. (It’s when Steve evicted Vanessa) If Nicole or Enzo were to win, evict Cody and it wins them the game, does that cause future players to want to make the big move? It’s just food for thought…