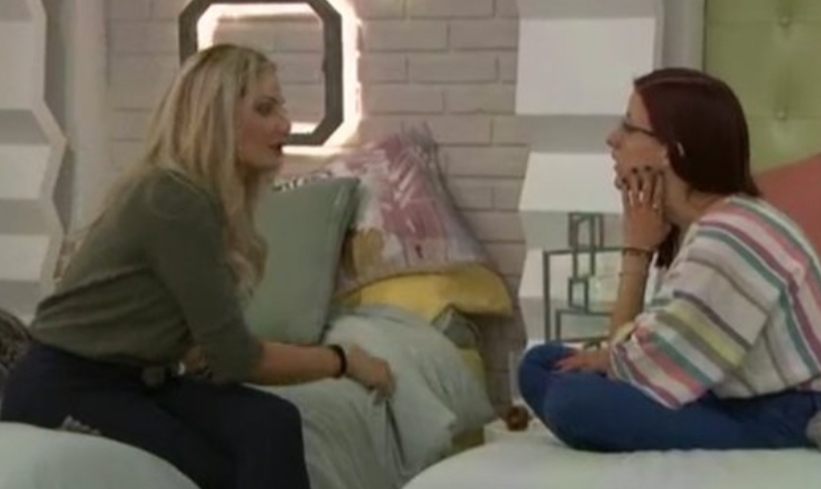 Good morning all! Yesterday was tense in the BB house and I’ll try to sort through it. First, I’m going to try to define “all star,” at least the was I see it in BB terms. Obviously, winners and top 3 finishers can be considered all stars. However, there are some top 3 finishers we barely remember because they were dragged to the end. Is Victoria from BB16 an all star? No, she was barely aware of her surroundings in her season so making it near the end doesn’t make you an all star player. Kaysar is definitely an all star based on his personality, story and style of play. He was considered a huge ‘get’ for the show and he’s never made it to jury. Different things make players memorable. It could be winning, making it far, having a huge personality, causing drama or having a memorable story. Truthfully, Kaitlyn Herman from BB20 could be considered an all star because she’s memorable from BB20 and she was a terrible player.

Everyone in camp comeback got a raw deal last summer. David was treated horribly, along with Kemi and Ovi and it made much of the audience furious. I know for myself, I didn’t enjoy doing recaps some of the time because it was depressing and infuriating. David also had good reads on the house which impressed a lot of viewers but he never really got to play the game. What happened during BB21 and his part  in it made him memorable on BB21. CBS also cast this during a pandemic and for a time, we didn’t think we’d have a show. Considering that obstacle and how many past players turned them down, I think they did an amazing job casting this season. Every person there either played well or had a big story during their season and I don’t have an issue with calling them all stars. This season isn’t called “battle of the champions’ so I think we need to relax a little bit and enjoy what they’ve given us.

If you’re someone who can’t enjoy the show unless your favorite player wins or goes far, well, you may be in for a miserable summer. Most of us have a different favorite and since only 1 person will win, the odds are on many of us being disappointed. If your fave leaves and you can’t root ‘for’ someone, then maybe you can start rooting ‘against’ someone. Its only week 2 but I thought some of you may need a pep talk because a couple well like players just landed on the block. I’m probably going to need it too at some point this season and it may be sooner instead of later. That’s all I got so if it didnt help, maybe meditation, therapy, booze?

I’m going to hit pause for a minute. I just got an image or wish (don’t know which) of Bay being the hoh, putting Memphis otb and saying “take a seat old man and by the way, I’m a woman, not a gentleman, b*tch.”  I’m not calling Memphis old but in BB10, he had an argument with Jerry, who was 75 and called him ‘old man.’ That’s why I’d like to see that, just to be clear.  Ok, back to the recap:

Ok, I’m going to hit pause again so I’m not typing the same convo with multiple people over and over. I wasn’t there, I don’t know what was said but based ONLY on what little we do know, I don’t  think Memphis was making a racist comment. The internet blew up and that was the accusation being thrown around. I think what he said was douchey and extremely condescending. From things Memphis has said before and after noms, I believe his comments refereing to the ‘big kids table’ were about Davids BB experience. He doesn’t think David deserves to be in a game of all stars. This comes from David not actually playing the game until now and it also comes from comments David has made. David went into the house playing dumb about BB on purpose. He made a point to act like he didn’t know how veto worked and various other things. He really has only watched season 20 but he played it up too much. I’d said in an earlier post, I thought it was a bad strategy because players with a longer history with BB could easily take it as David not deserving his spot because he hadn’t ‘earned it’ in their eyes.

I’m not defending Memphis and I think he’s a jerk. I also understand why people (in the house and out) are assuming Memphis’ intentions are something else. Everyone in the house knows what happened last summer on BB21. It’s been discussed and multiple times. Maybe Memphis didn’t hear those conversations and maybe he’s been out of the BB loop and wasn’t aware. I genuinely don’t know but based on what last summer handed David in BB, I can completely understand why he may think he’s being singled out. David was called ‘boy’ last year by Jack and more than once. I can see where ‘big kids table’ could be taken differently. People receive things based on their own experiences and it’s not for me to tell David what he’s experiencing.

This house is a mess and the overlapping alliances are what have so many people confused. Janelle really does want to work with NicA but they’re both to blame for why it’s not working in my opinion. Nicole A doesn’t hang out with enough people to have a chance at figuring out what’s going on and she’s quick to be suspicious of Janelle when she’s  one of the few people who shares info with her. Why isn’t she ever suspicious of all the people who DON’T hang out with her? Janelle is at fault too and I don’t mean because she’s trusting Memphis when she shouldn’t. Janelle wants to work with NicA but she dismisses everyone NicA is close with. She shuts down the idea of working with Kevin or David every time NicA mentions it. How would Janelle react if NicA said she wanted to work with her but not Kaysar because he sucks? It’s been off putting for NicA. Combine that with all the bad instincts Kevin has and one large alliance centered around Cody with multiple off shoots, it’s very confusing.

Check back later for Steves veto update and have a great Saturday!