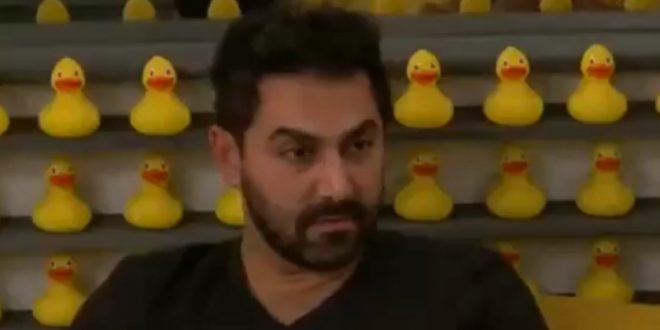 Good morning all! There was a lot of conversation in the house yesterday and much of it was repeating the same things over and over. It can get a bit boring but sometimes it’s telling too. The cracks are starting to form in the two main alliances which also happen to overlap. It may not feel that way with Kaysar sitting on the block (that was inevitable) but it is happening. I liked the top image because Kaysar is truly a sitting duck.

I hope Kaysar can pull out a victory today in the veto comp but I’m mostly paying attention to who’s pushing what agenda and who they’re pushing it on. Sometimes hgs have quick convos several times during the day with the same person. I often combine the comments in one section just in case I haven’t mentioned that before. (If you’re wanting a recap in chronological order, ya got the wrong gal)

They’re starting to do a lot of talking and complaining about each other. This week could get messy even if Kaysar loses today. Dani is getting more grouchy being a have not. Enzo is a little stressed because he actually has to make decisions. Day gets herself in more trouble by the minute. Kaysar is threatening to burn down the house in an attempt to save himself or at least, go out with a bang. I’m anxious for the veto.!

Have a great Saturday.