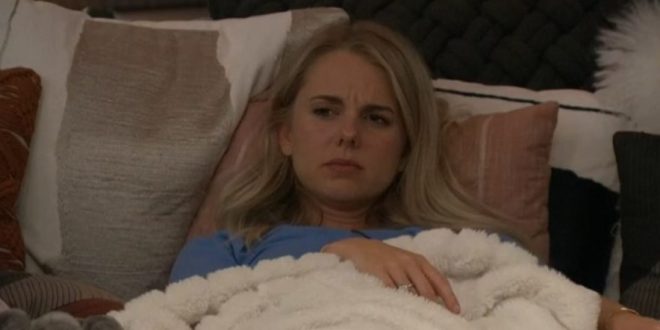 I’m going to say something that isn’t very popular with the Big Brother community right now, but Nicole is going to go down as one of the best female players in Big Brother history.

Now, before you click away and block my site,  hear me out:  I’m neither rooting for her nor do I agree with her gameplay.  But here are some details about her:

I know people don’t like to think this, but that’s pretty impressive.  I am well aware that she had showmances and people don’t like that, but as much as some think it helped her (“slept her way to the end”), showmances rarely succeed in this game. It makes them bigger targets.  Plus, some of the best female players had showmances (Rachel, Janelle, Jordan). Will she be known as a comp beast?  No way. Unlike say, Rachel or Janelle, she couldn’t rely on comp wins to make it through rough parts of the season.

It takes a certain level of a social game to enter the house with a huge target on your back and somehow make it to the final 4 both times. She’s not charismatic like Will or Dan. She’s not sweet and innocent like Jordan. She’s not rough and blunt like Rachel. She’s not funny like Britney. Yet she takes what she has it makes it work. I’m not a fan of her ‘poor me’ routine, but it works. Dani has a better social game, she is rough and blunt like Rachel, and used to be really good at comps yet because she embraced the ‘villain’ role, she’s a 3x juror while Nicole has the potential to be a 2x winner.

Again, I have no opinion of Nicole. I’m not a fan nor a ‘hater’. I’m just giving credit where it’s due. Winning the game is impressive, but making it back to the final 4 is even more impressive. She didn’t ‘luck’ into it. Her pre-game alliance was all part of her social package that gave her the ability to maintain being friends outside the house despite clearly being a snake inside.  Anyway, enough about Nicole. I just had to ramble on about that because I see so many people bashing her, but I’m impressed. Her winning the most important HoH competition of the season when her game was on the line secured her spot as one of the better female players in BB history.