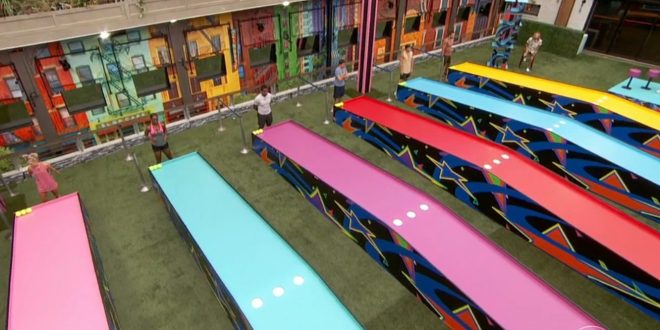 Well, it appears that none of this season will actually be live so we will probably not have any live endurance challenges we’re used to watching. It’s obviously related to covid and stuff and it sucks but it’s still better than not having a season. Fortunately, they’re still having HOH competitions that run past the time limit which make people go scrambling for their Big Brother Spoilers.

I’m not quite sure what to think of the season moving forward. Things should hopefully get interesting now that the whole Janelle saga is over. Are they really going to waste a week going after Kaysar, or will there be bigger targets on the horizon? It wouldn’t be the first time a duo was broken up only to have the second person slide on by many weeks, but this is a strange season overall so I don’t know what’s going to happen.

And I know, you’re just here for the HoH result.  The winner of the HoH competition is – Enzo!

What will he do this week?  We won’t know for a few hours until things settle down and he really gets to chat with Cody but we’ll know soon enough

Fairly slow night. A lot of speculation on the hinky votes. Cody thinks it’s Dani because she asked him to do it with her yesterday. She is denying it and now in a bad position because she either reveals she lied or that she tried to set people up. Just not a good look. Not a good decision by her.