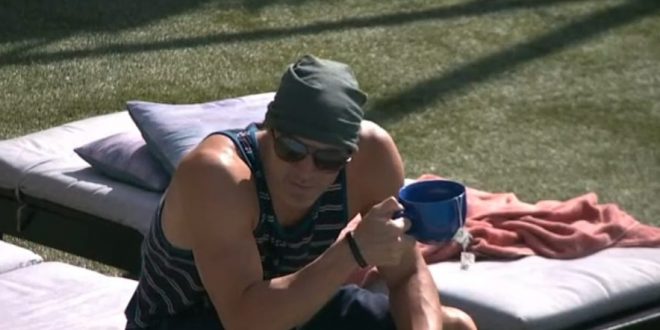 First, congrats to Mel’s daughter on her wedding! And to Mel for her much deserved break from writing about this crazy season.

Alright, on to Big Brother….

There isn’t a whole lot to write about yesterday because nothing happened other than Christmas nearly losing her shit when she confronted Da’Vonne (again) about the havenot situation. Christmas pulled her aside and once again asked why she chose her. Da’Vonne was clearly just not in the mood for that, so she deflected and said stuff like ‘who else was I going to pick? I was going to pick Cody but he nearly died last time’, but Christmas does what she does best and continued pressing for details. You can tell she immediately didn’t believe that excuse and claims it didn’t fit with Da’Vonne’s original reasoning that Christmas put her on the block last week.  Da’Vonne continued to de-escalate a fight that Xmas was looking for, so she just humored her questions until she could get out of the conversation. Realizing that Day wasn’t going to take the bait, Xmas finally accepted her answer and left the room.  She (X) proceeded to march around the house until she put herself in a timeout upstairs where she was clearly stewing in rage as her feet were shaking and she was rambling to herself.  It was wild.

Speaking of that situation, the edit last night was fucking phenomenal. Showing Da’Vonne make a CLEAR joke to Kevin about putting him as a havenot and then have the camera pan further up to see crazy Christmas stalking over and listening to the conversation was brilliant. Well done, CBS. Your editing has been pretty mediocre this season, but that was the type of editing we’re used to seeing.

Moving on but continuing with Da’Vonne.  She and Kevin spent the better part of the day trying to figure out a way to get Tyler to use the veto. I’ve listened to Kevin’s plan a few times and I’m still kind of confused what he was trying to do, but it sounded like he wanted to say that David actually did vote Tyler out because there was some master plan to get them all to split their votes to show their cards. Some bullshit like that. It was weird. Basically what I got out of it is that David voted out Tyler. Nicole stole credit for that vote. Kevin was then trying to steal it back by pretending David actually did vote out Tyler while thinking he voted out Ian while saying he was going to vote out Tyler.  Bonkers.

They were expecting some drama over it and possibly be called in to testify which would have been fucking hilarious because everyone in the house except those two know that David really did vote out Tyler and that Nicole was the one who voted out Ian. So no matter what they would have said to flip the house on David, it wouldn’t have worked because they chose to believe Nicole over David. But, to be fair, it’s hard not to after the shit David pulled with his power. I posted that was a completely dumb move and it took no more than a week to show why that was dumb. I get keeping cards close to your chest, but the crying and denying well after the power was played was only good to have the house trust David even less. So while it would be funny to see them do this scheme, it’s generally overall sad because we all know the truth.

Okay, it’s 11 am now. Feeds should be down in about an hour for the veto meeting. I don’t expect the veto to be used. So, during this time, Follow me on Instagram!

Check back for updates when the veto meeting is over 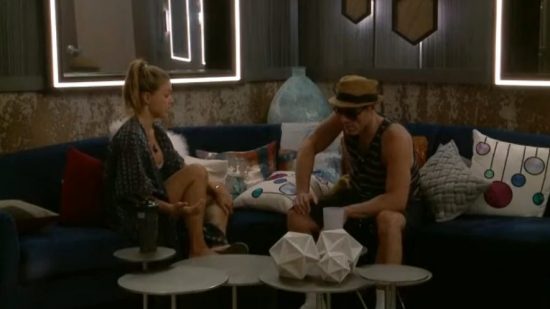 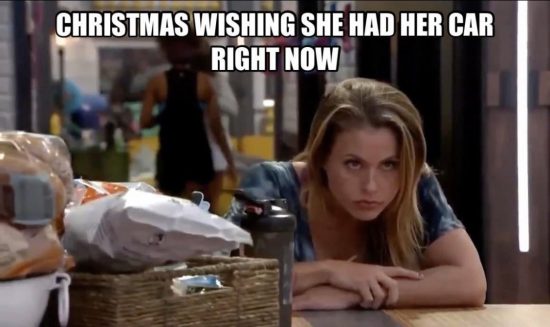 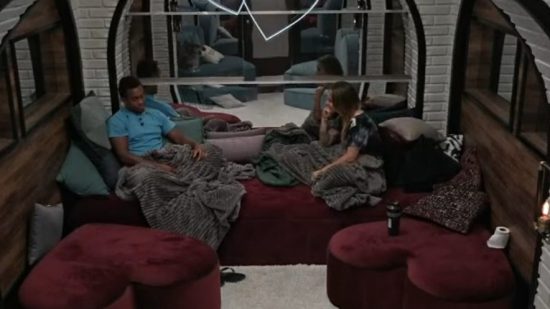