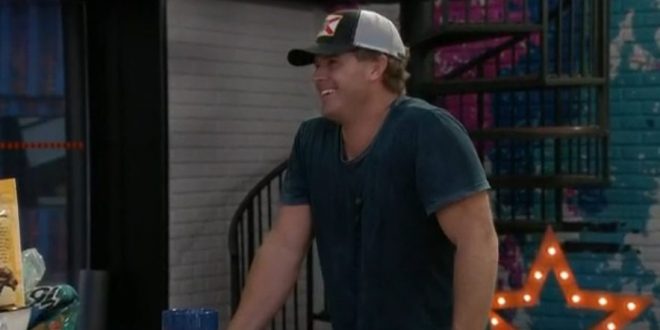 It’s Monday in the Big Brother house which means just one thing – Veto ceremony day!  A day that has has meant absolutely nothing for most of the season! This will be the 11th veto ceremony and it’ll be the 9th time that it hasn’t been used.  Fun stuff.  I’m not going to focus on that because I’ve mentioned it in previous threads where they need to figure out a way to get the veto back involved in the game. This house has too many people ‘doing what the HoH wants’ that it’s pointless to even have the veto ceremony at this point.  (I know Cody won the veto this week but I’m saying in general, most weeks the excuse is what the HoH wants)

For those wondering about tonight’s CBS show, I don’t know how it is in other regions, but in the New England region, Big Brother will apparently air after the game. I assume it’s like that nationwide, but I don’t have access to local guides in other areas so I have no clue. I’m obviously in Boston so they’re airing the game, but I don’t know if it’s the same outside New England and KC regions. Can anyone outside those regions confirm that the show is on after the game?

On another topic, I had a dream last night that I was in the house with a friend and it was like down to the final 4 or so. I believe the other two were a combination of Memphis and Cody/Tyler and told my friend that we had to win the next HoH otherwise one of us are going home. For the record, in my dream, I was happily willing to put up Memphis next to Cody and send one of them out. Will this house actually have the guts to do the same?  So far, the answer is no.

Well, I thought I had another 15 minutes to finish this post, but the feeds came back early so I’m going to jump in… 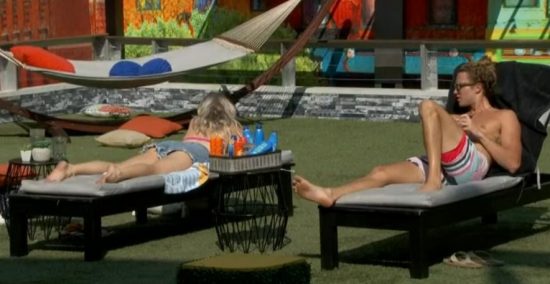 These are super slow days. I’m actually debating on just having a daily chat thread rather than hourly update.  Like, the morning recap, chat a bit on that, then an evening catch-up.  It seems we’re at that point in the season where the updates are few and far between.  Thoughts?