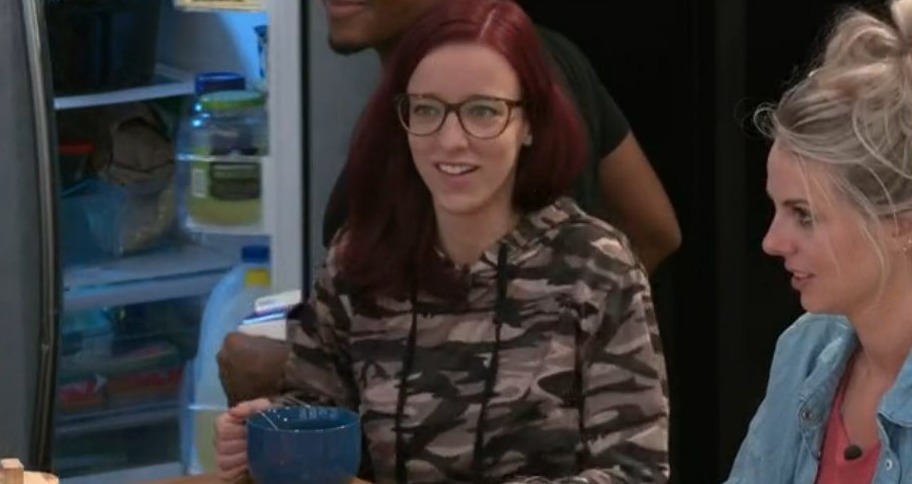 It’s veto day in the Big Brother house which means we’ll know for sure the two people who will be sitting on the block Thursday night (spoiler: It’ll be Keesha and Kevin).  This house is starting to settle and look beyond this week as we’re in the stage where everyone aligns with everyone before an eventual major blowup that forms the solid smaller alliances.

Here is an example:

Right now Cody and Enzo are in an alliance with Da’Vonne and Bayleigh. They assigned each person an ‘alliance buddy’ so to speak where they are going to work them for information and to be disposable when the time comes.  They suggest Da’Vonne work Dani, Bayleigh work Janelle, Cody with Ian, and Enzo with maybe Tyler.  At the same time, Tyler and Memphis are talking about an alliance they want to form with Bayleigh, Da’Vonne, Dani, and NicoleF.

So, by the end of the week we could see the actual alliance of Da’Vonne, Bayleigh, Dani, and Tyler with a few sidekicks. I doubt that’ll happen, but I’m just going by the people who overlap above.

On the health side of things, NicoleA seems to be feeling a little better. Both her and Ian had the pukes yesterday which is insanely odd and concerning but they are both on slop. It’s very probable the huge change to their diet is just not sitting well, but with covid lingering, I’m far more aware of their health than in normal seasons. I mean I’m down to noticing who coughed (Memphis and Keesha yesterday).

On the bright side, neither cougher seemed coronavirusy. I think Keesha coughed maybe 1-2x before getting a drink so she probably had a dry throat while I’m all playing doctor over here. Perhaps I should ease back on reporting that stuff because I’m sure there are other people as paranoid as me and I shouldn’t be fueling it with speculation.

Before I get to updates, a huge thank you to Michele, Sara, and Kathy for donations this week. Also, follow along on IG for pictures

On a side piece, Cody and Dani are showing signs of a little drama as they debated the coronavirus. For the record, Dani, we rewound the tapes and he didn’t say he got it. He said ‘yea I have’ regarding knowing people who have gone through it