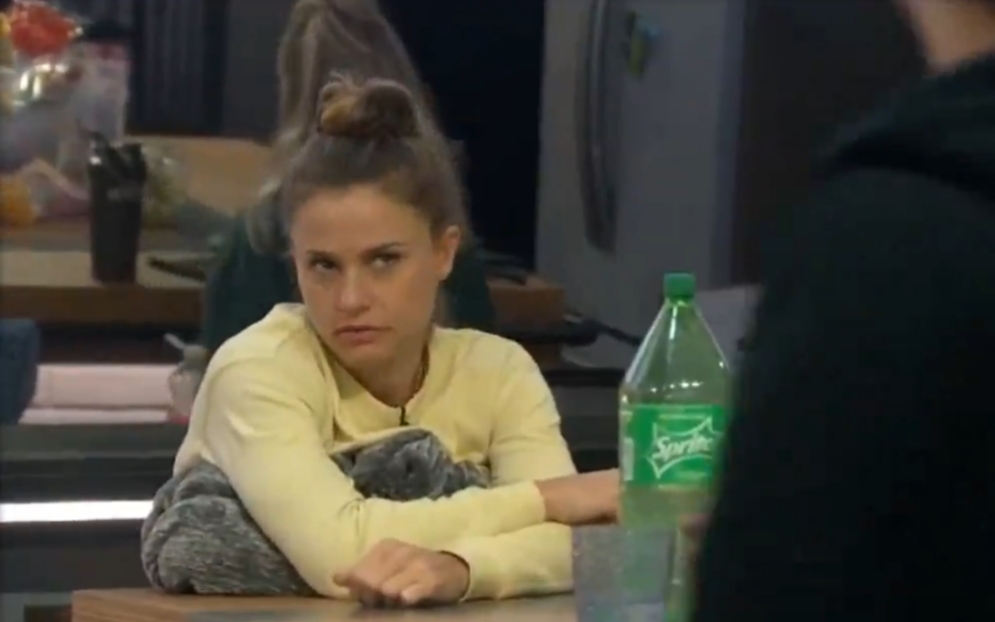 Good morning, I hope most of you are still hanging in there as we’ve entered the most boring week of BB for every season. There’s such a long gap between the veto comp and getting to the final hoh comp, it really starts to drag. At least there was finally a bit more game talk last night. Obviously, it wasn’t strategizing because there isn’t much to strategize anymore. We did get a glimpse into what Cody may have been thinking about his F2, if it were up to him. For most of us, that’s been the biggest remaining question.

Before I start today, I want to say I’m glad we all heard from Nickie, (NK) as we’ve been concerned about her health.  Nickie, you are loved, appreciated and this site isn’t the same when you’re away. After years of chatting with you, I truly feel you are my friend. I don’t need to have been with you in person, or any of you for that matter, in order to feel that way.  I’m  wishing you the very best to get through whatever lies ahead and I’ll be thinking about you long after this season has ended. To keep this BB related, and to borrow a line from Victor’s letter, ‘I’m sending you positive vibes’ my friend.

Please don’t think me insensitive to make a BB reference, because from what we know of Nickie, I beleive she’ll rather laugh at my silliness over having me say things that are too heavy right now.  I also believe she likes her N-kog-nito status so I will say no more about her, other than, love ya girl!

I’ll recap the feeds from yesterday but I have to at least touch on last nights episode. It was one of the most bizarre shows I think I’ve seen on BB. I’d joked about them not having much content but wow! It was worse than I thought. Even showing the hoh comp wasn’t enough, and it seems like we got to see most of the comp play out. Since we didn’t see the luzury comp last night, I guess they’re planning to need it for filler on another episode.

Thoughts on the episode:

Based on the way Cody was cam talking, combined with his convo with Enzo later, this was the other thing I was referring to when I said I thought I was wrong.  I’ve said for a long time we couldn’t tell who Cody’s true F2 choice was, but if I with guessing, I was leaning towards it being with Nicole.  From everything I heard yesterday, I definitely think he prefers Enzo.  While cam talking, he also referenced that he thinks Nicole downplays her end game during BB18 when she’s talking to him. He also thinks she downplays her chances this year. Cody is counting votes for Nicole that I don’t think she has but I think he feels confident he can beat either one of them. (He can imo)

Cody is smart enough to know, if by some fluke, Christmas won the last hoh, she’d evict him.  It may have been smart for Enzo or Nicole to keep Christmas but it would be a terrible idea for Cody to do it. Christmas could actually win the final hoh because stranger things have happened. She’s the only person left in the game who would evict him, so for his game, she needs to go. He’s played hard enough this season, he doesn’t have to factor in that Christmas is easier to beat….because he can beat them all.

I’m off to work so I’ll catch you guys tomorrow! Have a great Tuesday!