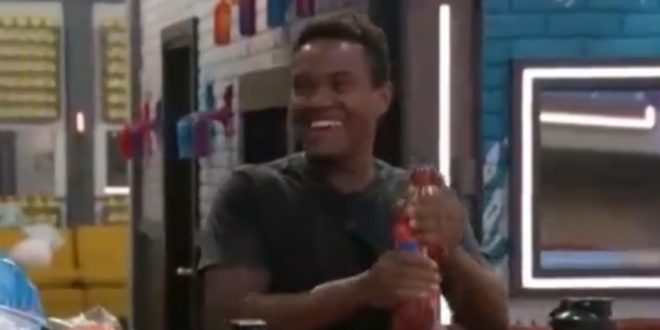 Good morning  BB Junkies! There wasn’t a ton of game talk yesterday and as Steve mentioned in the last post, the feeds cutting yesterday made it tough to keep up. I went more into detail with some of the game convos since there weren’t as many to go over. (I’ve also included some of my usual stuff that no one probably cares about too) It’s the point in the game where people tend to say things with more of a purpose so I think these game talks give us more insight as to what people are planning. (Ya, I’m grasping for anything this week, I know) Here is is anyway:

I’m often on the verge of admitting that even tho I don’t like her, Christmas isn’t playing a bad game. Within 5 minutes of having this thought, she usually does something nutty. This happened yesterday close to the same time I’d heard her study and talk to the cameras. She spoke with Enzo about getting ready for the next veto comp. She said she’d put black lines under her eyes like she was going to war. (That wasn’t so bad…but she wasnt done) She told Enzo “you think you’ve seen crazy Chriatmas? Guess again!!” She proceeded to do the two finger ‘I’m watching you’ hand motion and also the throat slitting hand gesture. (She’s sooooo over the top) She said she isn’t that worried about Dani or Nicole winning the next hoh because the wall comp was thrown to Dani and Nicole can’t win anything. (Does she remember how she won? The hoh was won by default and nobody wanted to win the safety when she won it) 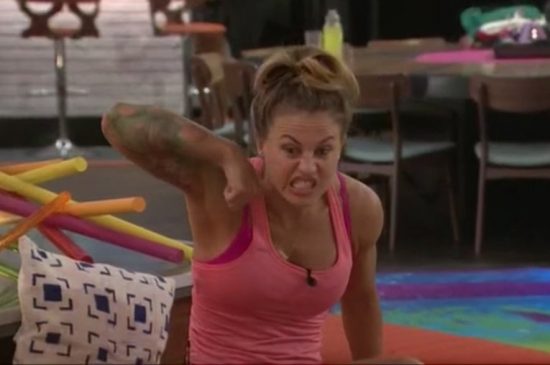 I have no idea how this recap ended up so long because honestly, yesterday was a pretty dead day in the house. I have to go to work and don’t have time to go back and edit stuff out like I usually do. Therefore, I have no idea if today is going to be an ‘I’m sorry’ or ‘you’re welcome’ from me…I’m remembering writing about the screw in the yard so I’m gonna guess it’s….I’m sorry.