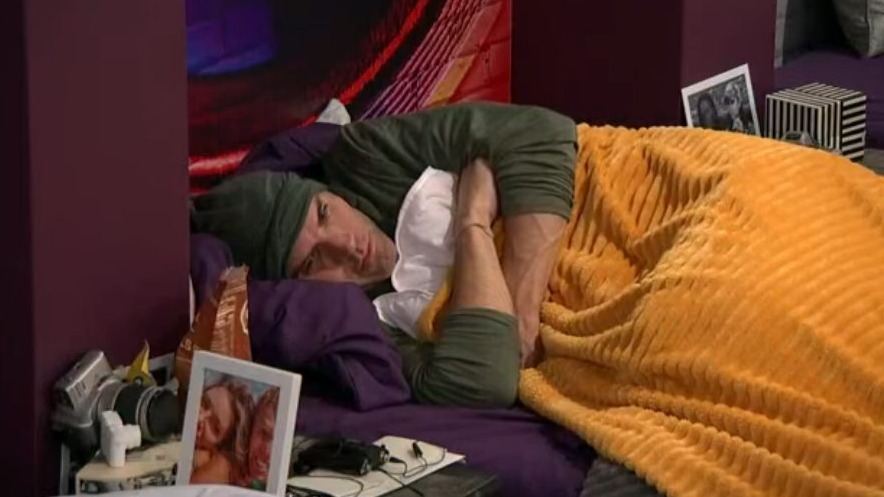 My apologies for the brief update this afternoon. As I stated, I just wasn’t feeling very well but I think it was just lack of food (I’m on slop, kidding), so I ate and napped and feel okay again. As I stated, I definitely don’t want to miss this week because it’s the week I’ve been waiting for since I heard she would be back on the show, and that is…

Christmas and Tyler are on the block!

It’s about Christmas, btw. I don’t really have an opinion on Tyler. I know as a blogger I’m supposed to kind of be neutral, and I really try to be, but the way she floated through BB19 when she should have been kicked for the injury (at least kicked when she had to leave for surgery). Then she was the vote that sent the only decent human that season out (Kevin) after pretending to be his best friend all summer long. Is it petty and ridiculous? Yea, maybe. Do I at least acknowledge that?  I do! The odd thing is I don’t really hold it against Paul or Josh, so I think the thing that really bothered me was faking the friendship and even being all touchy-feely with Kevin only to slice his throat at the end.  Perhaps it’s because I came to be friends with Kevin after the show, so I let my personal feelings invade my workspace.

That neutrality is why I still don’t have an opinion on Nicole or Memphis even though they’re pretty well hated by fans. I also don’t really have an opinion on say Enzo even though he’s fairly well-liked.  Every season I root for drama and considering Christmas was really one of the few people who actually brought it this season, I should actually appreciate her more. And if she doesn’t walk away with $500k, I think I will. She’ll have been the perfect houseguest. Come in, sprinkle some crazy, and then get booted after thinking she is in control of things.

Enough about my personal feelings.  As stated above, Christmas and Tyler are nominated and it’s largely in part because they were basically caught working together last night. After Christmas won the veto, she immediately pulled Tyler aside and spoke with him. Then they ambushed Enzo and said the house was flipping to kick out Nicole. Enzo confirmed with Cody that wasn’t the case so he was the swing vote to keep Nicole, but the damage had been done. Christmas and Tyler took their shot and missed and with so few options remaining in the house, they are the top two targets. Barring a key HoH/PoV win next week by the remaining player, Enzo, Nicole, Cody, and Memphis should be the final 4.

Will this be the next Hayden, Lane, Enzo, and Britney?  If so, which one do you think will be Hayden and walk away with the prize?

Look, I don’t like Christmas, but they are right. You don’t get many opportunities to take out someone like Tyler who proved how quickly he can sweep a week of competitions. He has 2 HoH wins and two PoV wins this season to go along with his 3 HoH/3 PoV from 20. That said, Christmas is also a beast herself.  It’s hard to say how she actually did in 19 because of her foot, but even with the foot, she won 2 HoH her season and 1 this year.  But, 10 total HoH+PoV wins is a lot and these comps aren’t exactly easy. We watched Da’Vonne go 3 seasons before finally winning 1. This is an incredibly hard choice but it’ll probably be made easier tomorrow when Tyler or Christmas win the veto. The other will be the one to leave.

But if you look at the remaining cast, their resume is quite impressive…

Say what you will about this season, but that’s an impressive top 6 and should make for a really competitive finish.  There probably won’t be much drama because everyone but Christmas is boring as hell, but it’ll be competitive.  The only person from that group who has actually been to the jury house has been Nicole and that was from her first season.