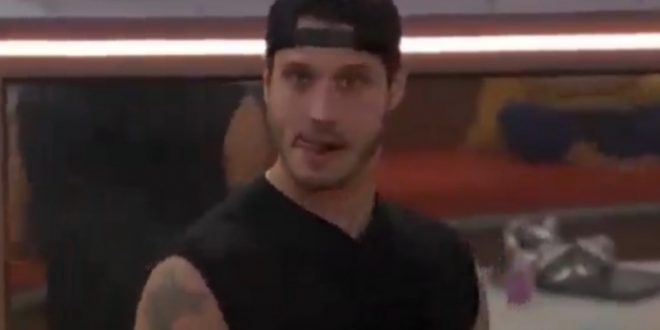 Good morning BBJ, I’m enjoying gorgeous weather in the midwest this weekend. I made the right call to do something outdoors yesterday and lay off the feeds a bit, because I think I’d have just been disappointed. This way, I had an enjoyable day before checking in to see the veto results. As Steve has already posted, Cody won the veto yesterday….and as expected, I was disappointed.

I feel like this result pretty much wraps up the season. It’s BB so things can change, but I think we’ll mostly be watching to see who’s nervous over being chosen to go to the F2, how Christmas handles being evicted, etc. I don’t feel like I’m waiting to see who wins the season. I guess its fitting since Cody IS the best player this year and I like to see the best player win but that’s all I can really say about it.  (boring season, boring winner, oh well)

Todays recap will be short because there was a veto comp, a backgammon competition and some personal grooming. Yep, that’s it for yesterday.

I know this was bare bones recapping folks but that was the day. I guess I’ll be waiting to see if Christmas tries to convince Cody to take out Nicole instead of her. It won’t work but like I mentioned yesterday, I don’t think we’re watching to see who wins anymore. I think we’re just watching to see how it happens.