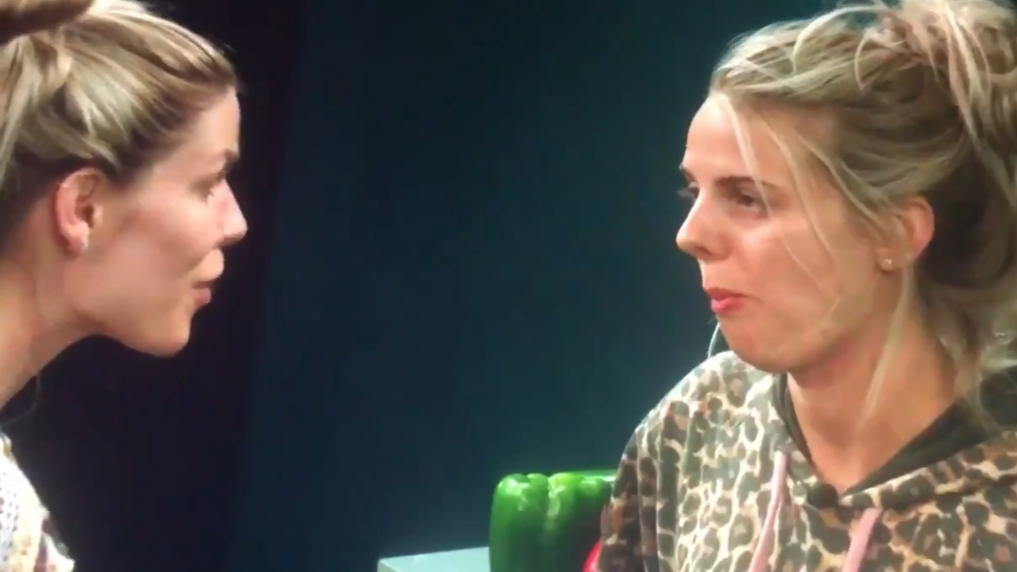 Good morning sleepy heads! (This refers to anyone who stayed up and attempted to wait for veto results- Hi Steve.) Before I recap the day, let’s take care of veto. The comp was physical and took arm strength. From what I picked up from the hgs, NicA was out in the first 10 seconds, NicF right after and David did pretty well in it.  The veto winner was:

Usually, the feeds are down for much of the day on Saturdays so I don’t have to stay glued to them. Yesterday was an exception so I’ll admit, this recap may be lacking. I’ll try to get the gist of what happened but I may have to fill in some gaps later if I’ve missed some things. I’ve pieced most of this together this morning so full disclosure, it may be a hot mess.

I just ran across an interview Dani did before the show started and it explains soooooo much.  We already knew Janelle and Dani pre gamed and planned to work together. It’s why Janelle has a blind spot with Dani in the house. In the interview, Dani said she wanted to be known as the best female player in BB. She said she wanted the title of the Queen of BB and in order to have it, she needed to take down Janelle. This is the real reason she’s gunning for Janelle so hard. Sure, she wants to win but she really wants to be the reason Janelle is evicted. 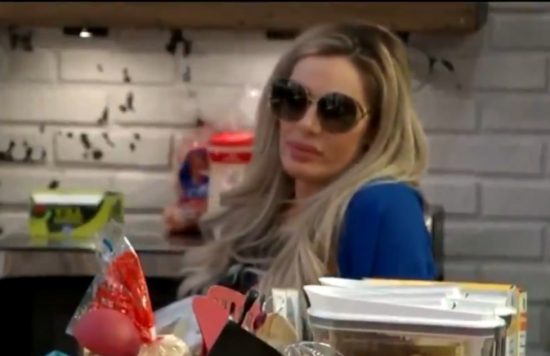 This is what I think happened and if I’m wrong, Steve or I can correct it. Janelle and Kaysar have been talking about getting a group together of Bay, Da, NicA, Christmas plus the 2 of them. Kaysar was joking that he’d accidentally started the all girls alliance plus himself. Cody may have found this out from Christmas or maybe Dani since NicA told her so much stuff. He’s mad and been doing a lot of venting about it. He’s also mad he can’t talk Memphis into back dooring Janelle this week. I heard him telling Enzo how disloyal it is for people to be playing this way. Basically, Cody doesn’t  think Janelle and Kaysar should try to form an alliance and just wait to get evicted. He also doesn’t think anyone in his 5 alliances should start any back up alliances of their own. (Cody playing without Dereick=Hard)

I may be too hard on Cody because actually, he and Tyler are in the best spots in the house. I just don’t like that whiny ‘I can play but you can’t’ crap. NicF does it too and it drives me nuts! It’s probably why I like Janelle because she takes everything as game and reacts accordingly.

There was still game talk happening when I began typing this and as I said, I’ll go back and fill in the gaps. With veto results needing to be included, I just wanted to get this one posted as soon as I could. If nothing flips around with the ‘for now’ alliances, I don’t think anything has changed from when Memphis made his noms. Obviously, it could change but for now, Memphis will probably leave noms the same and David will stay. (I do see a scenario where someone talks Memphis into taking David down and putting up Kevin)  Even if some people flip, David will still probably stay. Da and Bay will keep David and they’re the main two people who might flip over to Janelle and Kayser. Da is leery of Janelle so I could see her biding her time and just being careful around Dani and Cody for now.

The reason I feel David would stay is because as of now, Janelle, Kaysar and Kevin would be the only people wanting to keep her over David. (Maybe Ian but I doubt it since he’ll probably do what NicF does) Wow, this house is all over the place and most of them think they have people they simply don’t have.