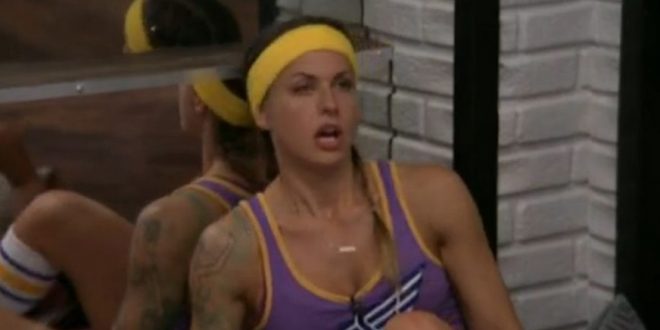 It’s Saturday in the Big Brother house and it’s a big one for Da’Vonne and Bayleigh as one of them needs to win veto in order for there to be any chance that both remain in the house this week. Well, I shouldn’t say any chance. There are other chances even if they don’t win, but the odds decrease dramatically because it’s unlikely Christmas is going to take a shot at them and not get at least one out if she can.

As I type this, the feeds return and we have results.  It was one of the competitions where they take each other’s prizes as Dani, Christmas, and Nicole are speaking about something that happened during the competition. It sounds like Nicole or Dani had a chance to take the veto from either Bayleigh or Da’Vonne but Christmas ended up forced to. Which means, yes, Christmas won the power of veto. Yay?

Daily summary – Bayleigh and Da’Vonne likely noms on Thursday. Bayleigh likely going home just like Brittany did in season 16. The curse of the athletic outdoor punishment I guess.