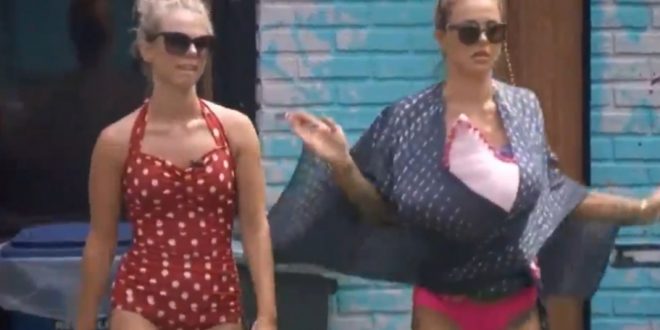 Hi ya’ll! I’m back home, exhausted and with no water view in sight, unless I count overwatering one of my plants and it running all over the patio. It’s back to work and the real world for a while. The lake was amazing and so was the house but I remembered what comes with an amazing view on a hilltop….steps, lots and lots of steps! My legs will be making louder victim noises than Nicole is capable of this week.

It was another slow day in the BB house and we got home so late yesterday, I haven’t had time to see last nights episode yet. I’ve seen a couple of clips and it’s ridiculous they aired Nicole saying she didn’t plan what she was going to say to Janelle when she made her a have not. (She practiced it for 2 days!) I’ve read they did a bidet segment too. (knew that one had to be coming) Angela (Tyler’s Angela) commented on social media she’d rather have seen a segment of Tyler reading her letter over the bidet. (Sorry Angela, I’ve been waiting for the bidet) If they’re getting rid of Janelle this week, at least let us have some bidet humor!

There arn’t any new game plans so far and the talk is still on repeat right now. The recap mostly highlights a few conversations, some people trying to guide the game after Janelle is gone and stupid stuff that makes me laugh. Sorry, folks, it’s all I’ve got.

Here’s a throw back to BB7 All Stars. It’s when Marcellus had a hilarious segment talking about falling in love with Kaysar. He called him the ‘Iraqi Peach’ and it was a super cute segment. It didn’t hurt that most everyone, inside and outside the house….agreed: 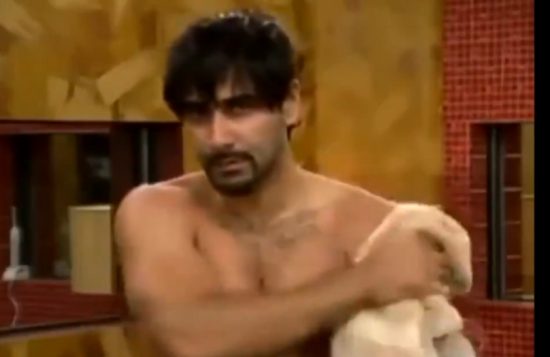 Maybe we’ll get lucky once nominations are locked in place and see some Nicole and Janelle  arguing.  For now, thats all I can provide.

Have a super start to the week and a great Monday!