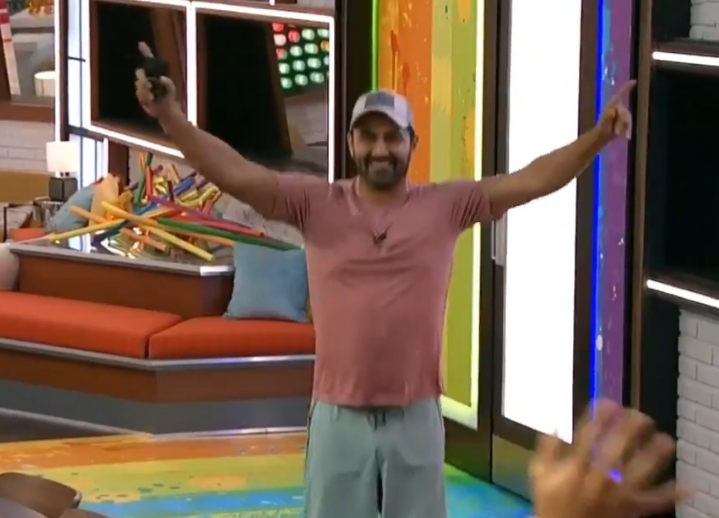 Good morning BB Junkies! The hgs finally got the yard last night and they were definitely ready for it. They also had a small birthday celebration for Kaysar and I think they’re going to have something for him in the yard sometime today. Keesha even walked by and gave him a “anyone want cake?”  He’s been in the BB house 3 times now and this is the first time he won’t be evicted on his birthday. Ian is feeling a bit better but now, Nicole A is very sick. They changed the slop to something else hoping it may help but I’m with Steve. Not now, not this year. No one cares about slop anymore and this year only gives us anxiety when people arn’t feeling well. 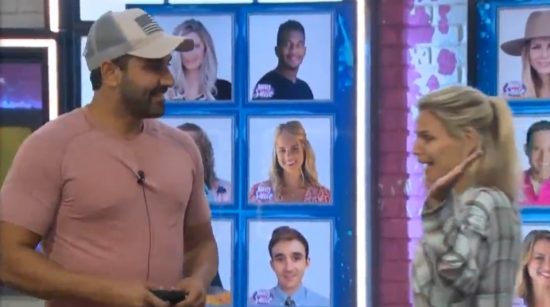 I wasn’t planning on getting too in depth regarding things that happened or may have happened preseason among the hgs but NicF is making it impossible. She talks about it constantly and since she’s making her game about this stuff, I feel like I need to cover it. Otherwise, some of the conversations won’t make much sense. Here’s the shortest version I can manage:

First, returning players pregame. They do it, accept it and move on. I really don’t think it’s that big of a deal when everyone is returning because they all have connections and all have the opportunity to sneak and plan. I didn’t like it in BB18 with NicF, Paulie and James because they played with new players and had an advantage. Let’s also be clear what pregaming really consists of and it isn’t much. They may call each other and say ‘I heard your going to be on this summer, let’s work together and have each others backs.’ So what? Some of them are already friends, either from playing together or BB events in the past when they met and became friends.  The calls arn’t much of an advantage because it’s a conversation you’d have when you got there anyway. The real advantage is having people there that you’ve shared a season with or have a history with and if you bring people back, its sort of unavoidable. There’s going to be some built in trust or at least familiarity whether you talked in advance or not. I think it’s why Tyler seemed so off the first couple days. He was fully expecting to have Josh and Kaycee there. He was going in with an alliance of 4 (because of Christmas) for however long it lasted. Now, he has Christmas and is otherwise, starting over. They’re all stars so it shouldn’t matter but if you want to pick out the people it could effect the most, it’s got to be Kevin from BB11 and Enzo from BB12. I didn’t include Christmas because even tho she’s the only one from BB19, she’s connected to Tyler thru Josh.

Janelle rocking the Louboutin shoes and her punishment outfit while NicF melts down over her being in the house: 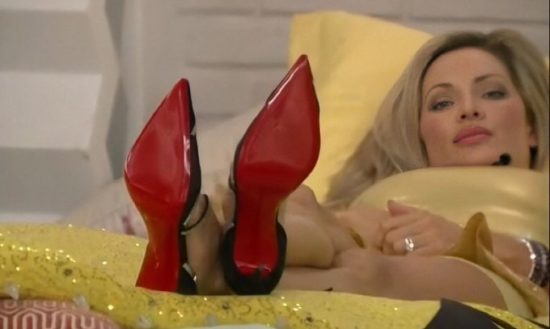 Ok, now on to the rumors. One of them was that Paul was returning and already had something planned with NicF. Why wouldnt she? They played together and Paul’s BB bestie Victor is engaged to NicF.  The next one was how Tyler pulled some strings so he could have Angela there with him. Obviously not true but he was supposed to have Kaycee which would’ve been more beneficial anyway. Finally, the rumor involving Derrick….

Word on the BB street was that when NicF found out some of the people who’d been invited, (and realized she wasn’t among them) she called people in production and had a tear filled melt down. Word of this got out, somehow got to Evil Dick and he Tweeted about it. Janelle knew about it and spread the rumor. (So did everyone in the BB community so I’m not sure why it’s all falling on Janelle) This is connected to the rumor of Derrick, and possibly Dan being removed because of things NicF said to production. Dan laughs at all of it on social media and Derrick claims he was never planning to come back. Derrick, did however Tweet something preseason about being upset with Nicole. This was all the confirmation some people needed to run with it. (I still stand by what I said a few days ago which is, NO WAY production chooses Nicole Franzel over Derrick or Dan) I’m not saying something didn’t happen, it just can’t be this. For a new twist, Cody made a comment the other night on the feeds about Derrick and joking about sneaking in phones. Cody said something about what Derrick was planning and said “it was when Derrick was 100% coming out here.” This does make it sound like, in spite of what Derrick is saying, Derrick was at some point, planning to do the show.

Janelle and Dani had a conversation recently about NicF too. They talked about how stupid it was to lie about it. I think this was referring to coming this summer. It sounded like they’d asked her and she’d said she wasn’t going to do all stars. (I’m not sure) Since being in the house, Janelle has also found out that NicF is worried about The Amazing Race situation. NicF had issues with Rachel R and Elissa on TAR and it still continues. The Reilly sisters apparently even tried to sue NicF for defamation or something afterwards. NicF knows Janelle is friends with Rachel and had been saying it may make Janelle not like her.

Lastly, we have the podcast drama I talked about. (Yesterday, I think??) NicF wouldn’t do Nicole A’s podcast because she and Eric (the podcaster Nicole A works with) have beef. Nicole A claims to have known nothing about their history and NicF doesn’t believe her so she did some trash talking about Eric in the house and it pissed off Nicole A. (I’m positive NicoleA knew all about it so I’ve got to side with NicF on that one. Lol)

I don’t  know what’s true and what isn’t but here we are. This crap is relevant because it seems to be ALL NicF wants to talk about. She isn’t just obsessed with Janelle, she’s obsessed with whether or not Janelle pregamed. She’s obsessed over Janelle not liking her because of her issues with other people. She’s also obsessed with being a worthy winner and making sure everyone knows it, in the house and Twitter. I’d just posted yesterday that even tho I’m not a fan, I could respect how hard she was playing. Welp, that didn’t last long because I don’t know what the hell she’s doing now.

I’m only speculating and want to be clear about it but this is what I think. (THINK, DON’T KNOW) Something happened preseason that made Derrick upset with NicF but it wasn’t her control over his doing the show. I’d say he just didn’t want to do it. I’m guessing some of the crying and begging rumors may be true, even if to a lesser extent that people have described. Maybe begging wasn’t involved. I’d also say NiF did some hard core pregaming herself, with Paul when she thought he was coming, maybe Dani and Cody. She’s said (and made a big deal of it) she didn’t talk to anyone because she didn’t want to break the rules. It could be true but Vic could’ve talked to Paul and Derrick  could’ve talked to Cody. Technically, she wouldn’t  have talked to them. Like I said earlier, I don’t care and dont think it’s a big deal on all stars but here’s why I think this way. You know how it’s always someone who cheats that’s always accusing their companion of cheating? It’s like a combo of guilt and a defense mechanism. This is exactly what’s playing out on the feeds with NicF.  I’m sure Janelle did pregame but make no mistake, so did NicF and she’s also playing 2 games. One is with the hgs and the other is for social media. I’ll touch on that below.

I don’t even have time to address all the past players coming out of the woodwork right now on their own social media. They’ve all got gossip and are spilling secrets because they’re getting upset listening to some of the things people are saying in the house. Nothing is as messy as an all stars season because it’s both inside and outside the house. Good times!

I don’t have any thought on the episode because I haven’t had time to watch it. I’m getting ready to have my grand-girls for a few days so I was busy last night. We have to prepare ourselves because we’re all a little afraid of the 3 year old. She’s cute but she’s the tasmanian devil too.  Now for some highlights from yesterday:

Hopefully, we’ll get even more game talk today. If they have the yard, they’ll  be able to spread out more. Until tomorrow, have a great Monday!