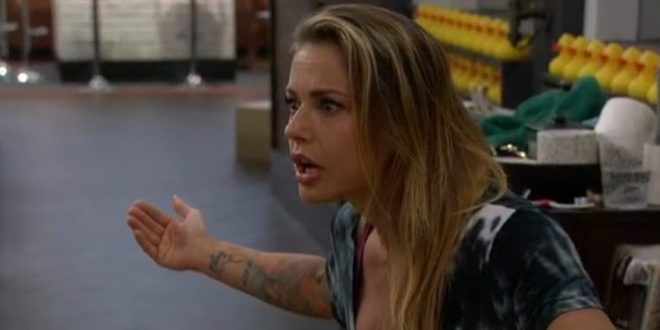 This group of All-Stars have tried really hard to keep their composure this summer, but the tension has been building all summer long and was set to finally pop off. Tonight it did.

It started around 10:00 pm or so when Da’Vonne and Christmas sat in the bathroom talking about the Bayleigh situation. Da’Vonne tried to explain to her that Bayleigh felt extremely betrayed by Christmas as Bay thought they were fairly close in the house. Close enough where they’ve had chats sharing their “untouchable” list where Bayleigh told her that Da’Vonne was someone she’d never nominate or vote out. Christmas said Ian is that person to her and they moved on.

Well, when it came time for nominations, Christmas obviously used that against her by saying the reason for her nominations were because of the untouchable comment. This created a situation where Bayleigh felt extremely betrayed but had to bite her tongue (no joke referring to BB20) and play nice. After noms, things remained very calm to the point where Bayleigh was comforting Christmas.  Bayleigh and Da’Vonne remained civil so they could try to work up a plan to get one of them off the block, and that appeared to come last night when Tyler offered himself up as a replacement because he wanted to go home.

Production talked him out of that when they told him he wouldn’t receive the $40k guarantee that these guys are getting this season for coming back. The problem is, this happened after Tyler told Bayleigh and Da’Vonne his plan which got their hopes up. Throughout the rest of the night and morning today, Christmas just played coy with the girls and told them she couldn’t tell them what she was going to do. Needless to say, they were a little stunned when the veto meeting ended and found noms remained the same. 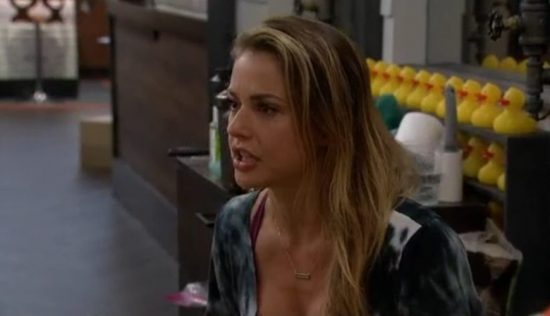 Fast forward to tonight, and Da’Vonne was trying to explain that to Christmas. She said Bayleigh feels like Christmas not only stabbed her in the back but twisted it. Christmas wasn’t having it and kept focusing on the semantics of Da’Vonne using the word ‘personal game’ information. Christmas said there is no such thing as ‘personal game’ information. It’s either personal or game, and Da’Vonne kept explaining how it was personal because Bayleigh was confiding in her.  Christmas raises her voice and says it was GAME information.  Da’Vonne continues and says ‘personal game information’ is where someone trusts another person to reveal game talk and that person goes and used that against them. Exactly what Christmas did. Christmas continues to deny there is such a thing and gives her a condescending smile 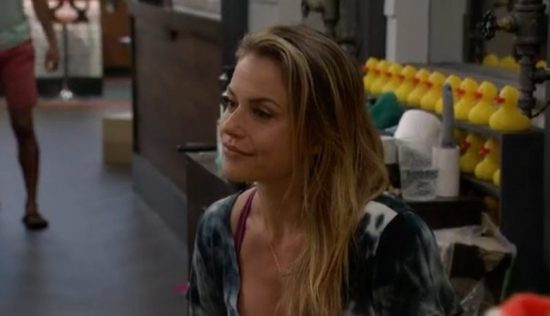 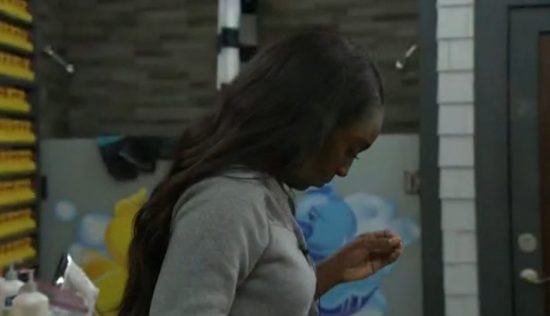 Da’Vonne says ‘I’m gonna walk away’, ‘I’m gonna walk away’. Christmas says ‘Please do. Good-night’. Da’Vonne yells she’s not going to bed. As Da’Vonne was walking away, Bayleigh enters and Christmas starts yelling at her but Bayleigh tells her to calm down. Christmas agrees her tone needs to go down and she needs to relax.  Christmas tells Bayleigh this is all because they love her (Bay).  Bayleigh says ‘this is a game. I was vulnerable with you on a different level. I felt taken advantage of. Da’Vonne felt offended for me’. Bayleigh continued by telling her that she constantly defended Christmas to Da’Vonne saying they could trust her over and over so she feels betrayed.  Bayleigh says “all I can say is you used me to get ahead in the game and all I can say is ‘good game move’ it’s not an issue”. Christmas says that’s a different position as to what Day is arguing.

Christmas says what is upsetting her is that Bayleigh said she can separate personal and game but she doesn’t feel she has.  She continues and Bayleigh cuts her off and says ‘No, you don’t get to play victim in this situation’. Christmas gets frustrated and begins to walk away saying ‘if you don’t let me finish then don’t…”. Bayleigh continues ‘You took advantage of me in this game. You used me’. Christmas turns back and they get in each other’s face yelling. Christmas is denying using her 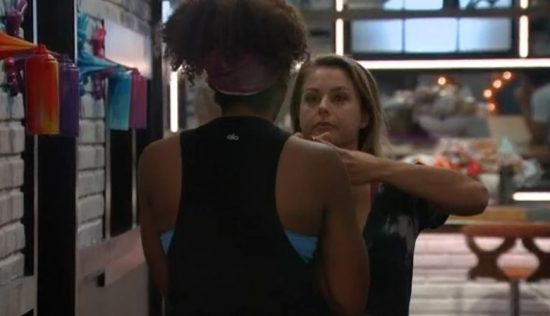 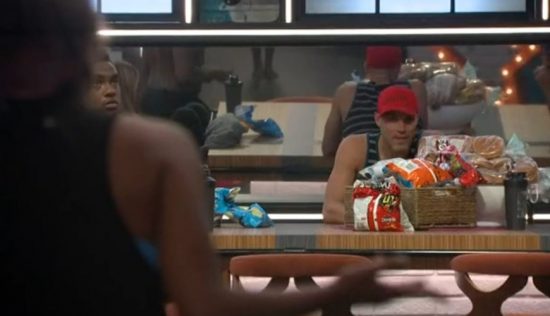 Da’Vonne comes in and pulls Bayleigh outside. Bayleigh yells on the way out that she can’t act like Christmas because she’d be labeled a ‘ghetto black girl’. Christmas continues yelling and clapping. Bayleigh tells her again to stop clapping before Day finally drags her outside.

So, this was a mess. Christmas remained in the kitchen bitching to Kevin and Enzo while Bayleigh and Da’Vonne go outside to cool off. Christmas vents more saying she is not going to do her dirty work to get Tyler out. Kevin suggests Christmas go to her room to cool things off a bit (in a SUPER calm tone) and Christmas snaps at him by saying it’s her house and she can go wherever the FUCK she wants. Da’Vonne came inside to go to the bathroom and walked by Christmas who made a comment saying ‘here we go’. Da’Vonne yelled back and they go at each other briefly before separating again.

(note – Memphis was in the kitchen when this started. About 5 minutes later he was a ghost never to be seen again. This dude knows how to stay out of drama)