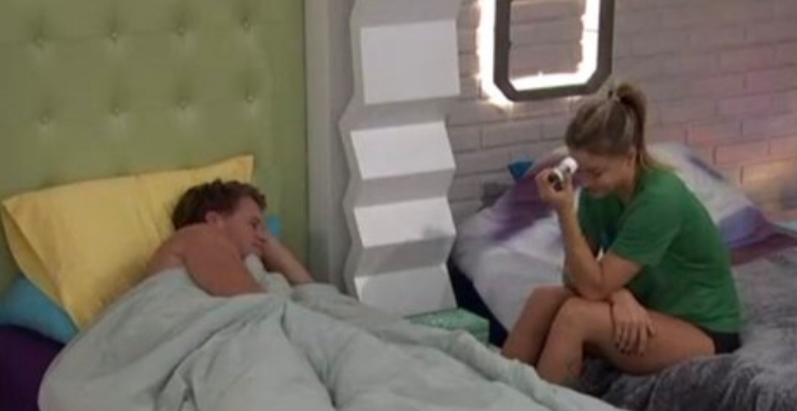 Morning BBJunkies, I usually say “good” but I’d be lying. Last nights HOH comp didn’t go the way I’d wanted but it did go the way I’d guessed. You’d think I could be happy with being right but, nope. It was only a guess anyway so it isn’t like I worked some mathematical equation to arrive at a correct answer.

Ok, the first paragraph was mostly just filler for anyone who hasn’t read the last post and doesn’t realize the winner of the HOH comp has been revealed and will be again. The winner was: Nicole.  She hasn’t done well in comps but she’s also thrown a lot of them. She did win comps in both her prior seasons and is capable. I thought her chances increased once I saw the comp they were going to play. It sounds like Memphis did pretty well and that’s the one who surprised me. He’s good in all types of comps but between his back, his upper body weight and a recent foot injury, I didn’t think he’d do well balancing on a beam. I could’ve seen Enzo doing well or not in this one and also I thought he might throw it. That mostly left Christmas vs Nicole in my eyes. 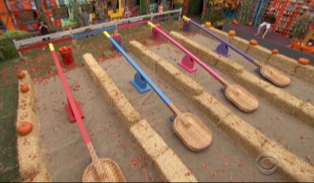 Christmas is better with strength and speed but balance could go to either. They both had the best body type for this kind of comp too. It was just a matter of whether Nicole tired out on the endurance part.  She’d been telling Cody, she was confident she could beat Christmas in endurance, and this had an endurance element to it. The biggest thing that leveled the competition was the part where your pumpkins could fall and you’d have to start over. That could happen at any time with little movement to any of them.  That’s why I’d guessed Nicole would win.  After a long day, I didn’t stay up for the feeds to come back. I just went to bed accepting that I’d be writing about a Nicole hoh this morning. It’s 2020 and BB22 All Stars, of course she was going to win. 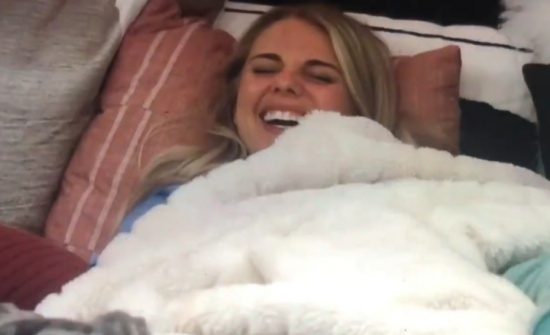 There weren’t any feeds before the eviction yesterday, so I’ll just recap my thoughts on the episode and late night feeds.

I’m not sure how thoroughly Tyler evaluated his game after BB20 because he was burnt out, wanted to spend time with Angela and didn’t do a ton of interviews. It made me wonder if after playing twice, he may finally be able to look back and see what cost him the game in his first season.  Tyler having so many F2 deals during BB20 isn’t why he lost. (imo)  All the people he had F2’s with, actually voted for him to win. He dropped the ball with his personal relationships with the other people. The first half of the season, he did as good a job with that as I’ve seen any player do. He fell in love with Angela and dropped the ball in the second half. If he’d kept putting that time in plus not putting so much focus on having a power he didn’t have to use on finale night, I still believe he would’ve won BB20. There aren’t many players who can make so many people feel personally connected to them in this game but Tyler has that gift. He had the same problem on both seasons. It wasn’t a lack of talent or ability, but rather a lack of focus and stamina.  (I hope for Enzo’s sake, there was more to his goodbye message that Tyler will get to see later. Why in the hell was he saying “the house” wanted Tyler out? Yikes!)

What we “may” have learned from the jury:

I say “may” because these segments are always chopped up footage to keep us from knowing what they really think. We can go over what they said but I’d be careful about putting too much weight into it just yet. For now, if we’re going to assume it was truthful footage, this is what we learned:

I’m going to give Dani her own section because this one’s going to take some analyzing.  The segment with Dani (mostly) wasn’t a surprise because I’d seen some of her post eviction interviews.  I already knew she was heartbroken because Cody evicted her and felt they’d gotten very close. She seemed to quickly accept Cody had made F2’s with both she and Enzo.  What surprised me in those interviews was how she didn’t seem to  factor Nicole into it at all. It didn’t occur to her Codys loyalty could be with Nicole…even though they’d played together before. 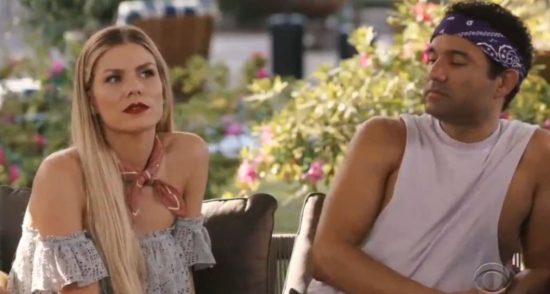 I don’t know if she’d already figured that out or if it was Day pointing it out in jury. Either way, she can say she isn’t bitter all she wants but she’s a Bitter Betty at the moment.  Sure, Cody  stabbed her in the back and she still wants him to win. To Dani, this shows she isn’t bitter but…..what the hell is her issue with Nicole?  It’s almost as if she’s mad at Nicole simply for not being evicted when they were both on the block. Well, Nicole didn’t vote.  I think there could be more than one reason for Danis attitude. A lot of people accused Dani of being a bitter juror after BB13. (I didn’t think she was because Rachel was a complete asshole to Dani that season. Why would she have voted for her?)  She’s not going to want to be seen that way this time. She genuinely likes Cody plus if she works for him in jury, it show she isn’t bitter. She’s still Dani though and all that anger has to go somewhere. It would appear so far, it’s all going to be directed at one person.  She was talking like someone who found out their man was cheating and decided to blame it all on the woman he was cheating with instead of him. There’s some jealousy there too because Dani feels she’s a better player than Nicole and her game is over but Nicole’s isn’t.  Dani also went into the house wanting to dethrone the “BB Queen” and someone with that mentality, isn’t going to want another female to be the first 2 time winner. There’s plenty of time for things to change but this seems to be where Dani is at the moment.

I’m sure I devoted more time to Dani than seems necessary but she’s the first member of the Committee to enter the jury house. There’s a chance this could be important. In the same way the first juror sets the tone in some seasons, I think the first person from the Committee alliance could set the storyline. She’ll be the first one telling the others who did what, who controlled what and so on. Since it will come from her own perspective, it may not be accurate, but everyone else who enters will have to undo those opinions if they’re wrong. It’s easier to convince someone of something starting from a clean slate than it is to change someones mind.

Noms later today and have a great Friday!