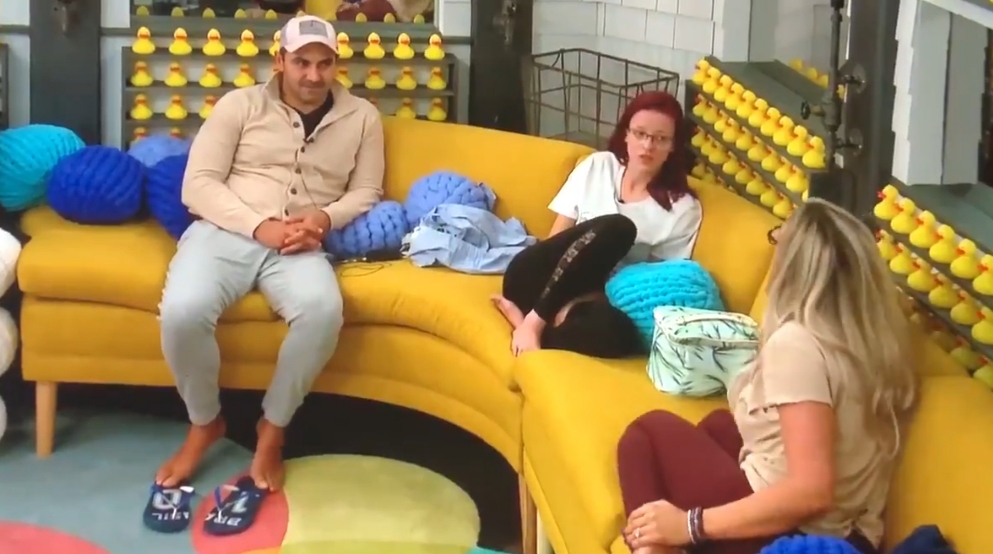 Good morning BB Junkies! We’ve got one eviction behind us so hopefully we can settle in and watch the new alliances fall apart. I’ll do this recap in sections in case anyone wants to skip some of it and get to the house activity from last night. I was sad for Keesha but that’s not to say I thought she played well. She didn’t. I ran across this Tweet and it may not address her lethargic game play but it still made me laugh:

Game talk before the show:

Thoughts from the “live” show:

I don’t blame Janelle and Kaysar forn not having this all put together yet or anyone else really. WE don’t really know who is loyal to who and we see a lot more than the players do. Everyone is with everyone and in overlapping groups. I’m just anxious to see who will really step in it this week because they’re talking to the wrong people.

I collect random comments from the hg’s and bits of info that don’t get included in the recap. It’s usually because I don’t have time to add it, the recap is already lengthy it or isn’t relevant. I’m usually entertained by the stupid stuff and sometimes want to share. They’re mostly funny or obnoxious things some of them have said.  Here’s some stuff I have after the first week::