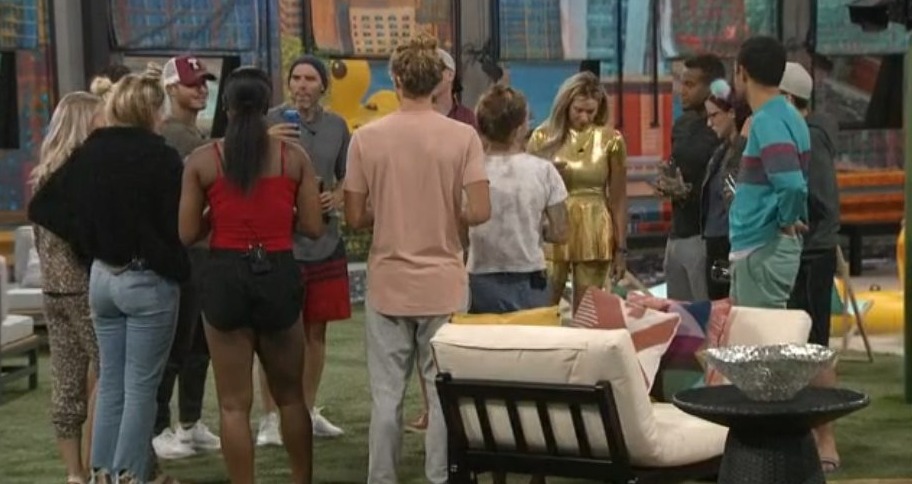 It’s a relatively slow night in the BB house but they did a booze delivery, so maybe tonight is the night? We’ll find out!

There hasn’t really been a lot going on between posts. Ian and Nicole had a talk about being targets as former winners but she feels Kaysar and Janelle are bigger. Tyler and Cody had a long talk about the structure of their alliance and how Memphis wants it to be some cloak and dagger type while neither of them want that.

Basically, Memphis has been approaching people he wants to align with and tells them they’re in a secret alliance. They can’t talk and will only communicate when needed basically. He’s a fan of the secret alliance while Tyler and Cody clearly had more of the ‘in your face’ alliance. The out in the open alliance used to be a death sentence in these games, but they’re so used to showmances and ‘brigade’-style alliances going far that people don’t even really fight it anymore.  Big Brother has taken on more of a numbers game approach because that’s all it really is.

In games like Survivor, the blindside may be great when ANYONE can go home every week, but in Big Brother, two people are eligible to go home so you need x votes to stay. Plain and simple. You secure the votes, you stay. You have a bad social game and can’t, you go. (Remember that, kids! Don’t play a Survivor game on a Big Brother show)

The only time a blindside is really impactful in BB (other than excellent Thursday night show) is luring someone into a false sense of security so they don’t campaign hard. I can’t count the number of times you see people sitting on that couch on Thursday night pissed because they simply didn’t round up the votes and they know they’re going home.

Alright, that’s it for the night. They’re going to stuff their faces so I’m going to head to bed!