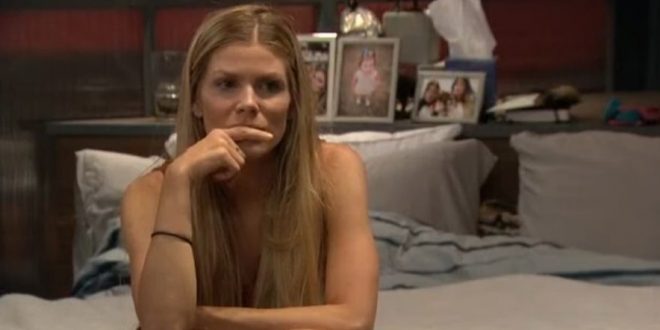 Good afternoon, everyone! Did you miss me???

Well, I’m back for the rest of the season. My mini-vacation is done and I feel super refreshed. Ready to pump out these next 7 weeks like I’m Cam Newton starting fresh with a new team and getting his first win!  Yea, had to throw that in. Go Pats.

The other day I posted that after much consideration, I felt Da’Vonne shouldn’t use the veto on Kevin, and it appears I’m right as the fallout has been prompt. The house is pissed at Da’Vonne and plan to just throw her up there next week against Kevin if one of them are to win. And now instead of Kevin being the target, it’s probable that Da’Vonne will be it.

Now, before I continue, I will say that I commend Da’Vonne on using it because at least someone made a move this season. She tried. She will go to jury knowing that she fought with what little ammo she had and didn’t just cave in to the big guys and hope to float to the finals. While I think she had a chance to float that far, the reality is, my plan was just a wild fantasy at best. Had she used the veto on Tyler, she is definitely safe for 2-3 weeks tops but if ‘The Committee’ is still together, she’s the next one gone. So I don’t want to make it sound like I’m bashing her for using it by any means. She and Kevin have been in a really bad position the moment Da’Vonne lost that HoH competition to Christmas. That moment basically sealed the fate of Da’Vonne, Kevin, Bayleigh, and probably David.

Ian is now on the block (and I finally updated the header), and he is almost certainly the target and will be going home. He, along with Tyler, have threatened to walk if they go to jury, but they won’t. $40k+ is a lot of beans to throw away just because you don’t want to sit in a mansion for a few weeks. Plus, I know for certain that Ian has far too much respect in the game to be seen as a quitter like that.

Alright, I am off to a little late start, so let’s just jump into the feeds…

Before I begin – Follow me on Instagram!  You didn’t think I was done plugging that, did you??

Oh, and the other day I thanked a Billy for a donation. Well, I take it back! Not really in a mean way lol. The email notifications are finally catching up and I noticed the memo said it was Amy who donated under that name so I want to thank Amy instead!  I can thank Billy too. Either way, thank you Amy and thank you everyone!