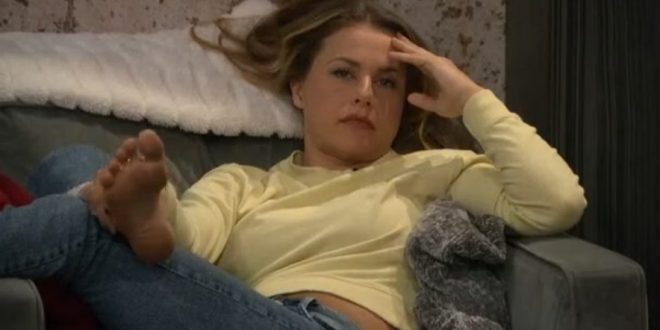 Seeing as there is really not much to open with other than saying Memphis is going home unless some last-minute flip happened throughout the day, I’m going to rant about something related but different.

Checking out my phone today, I see an article on Yahoo News or Google or whatever that gets pushed right to my phone. It’s about the cast being petty over the Big Brother comics. This isn’t the first time I’ve seen ridiculous Big Brother stories pop up in my news, but this is the first time I’m commenting about it because it’s so insanely slow that there isn’t much else to talk about.

What makes this article so ridiculous is it’s basically just recapping the veto episode where Enzo made a joke about Kevin pointing to go on the block and Cody’s zinger at Kaysar. Almost certainly lines that were egged on by production for soundbites that we can laugh at and move on. I didn’t even put a second thought into those comments yet I see the article claiming the players are bitter at former houseguests. I’m sure the author of that article is nice and was forced to just come up with something about the show, but holy shit that is the type of stuff that makes Google News? When I sit here all day every summer and try to think of creative ways to describe an insanely boring house and my site gets rejected for the News portion.  It’s probably because my writing style is extremely unprofessional and my grammar is that of a fourth-grader, so maybe I shouldn’t really seek out an answer for that.

Moving on, there has been a lot of back and forth on who to evict this week because their hearts are telling them ‘Christmas’ but their brains are telling them ‘Memphis’.  Cody has been pretty annoyed that Christmas feels so safe this week that she hasn’t even campaigned to him as of last night. Let’s analyze the situation to see some scenarios on the choices:

Wow, alright my brain is fried.  Let’s see the News articles ignore this breakdown (they will)

Important note, I want to send a special shoutout to Nicki (NKogNeeTow).  I’m not sure if she will read this as she hasn’t been feeling well but I’ve received a bunch of emails asking if she’s okay.  We haven’t been in contact, but if you’re reading this, can you please email me?  I am worried and I know others are as well. You are the heart and soul of the comment area and your updates are greatly missed. We all wish you the speediest of recoveries and know you’re thought about a lot!

Before I begin the updates tonight, I want to thank David for his wonderful donation! I feel like I don’t really deserve any type of donation based on how little there have been updates this last week due to the slow house, so I feel a little guilty receiving it this time of year but I appreciate it regardless. Thank you!

And like normal for the season, HoH won’t be on TV. We’ll find out who won in 3 hours. Check back!