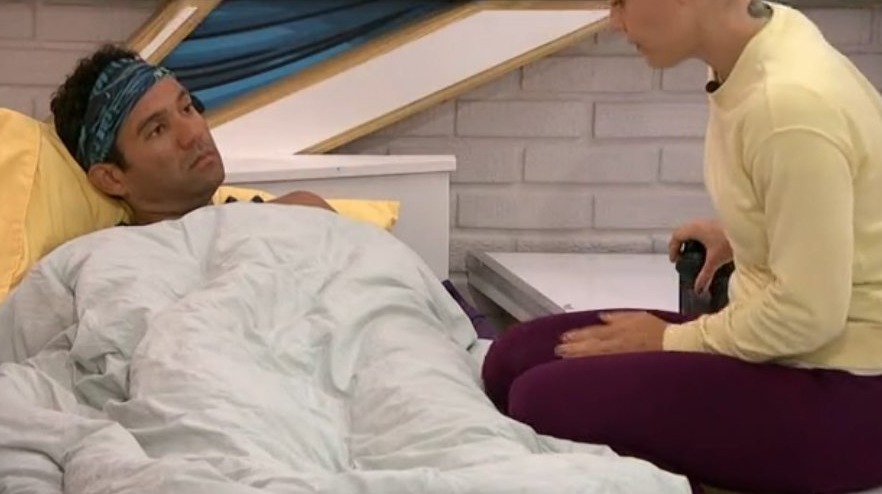 It’s campaign day in the Big Brother house as it’s the last full day the nominees can really sit down and talk to people uninterrupted. Today is usually the day when votes get locked in as tomorrow is typically too busy to game. Now, there have been Thursday flips in the past, but Wednesday is typically the day it happens when it does.

The problem this week is, there is not a lot to flip in the house. Ian told Bayleigh that he’s currently leaning 60/40 in favor of Da’Vonne and that seems to be the general feeling of the house. There is no clear-cut favorite to go home this week like there have the last few weeks, so it’s not more of a ‘flip the house’ situation as it is just ‘make the case’ why you want to stay. Bayleigh has a bit of an uphill climb as she has the Tyler jury situation looming over here like the anger cloud that looms over Christmas on a daily basis.

What is the jury situation?  Right now we have two people in the house who could essentially be called swing votes on the jury. Da’Vonne voted ‘yes’ for Nicole which allowed her to win 5-4, while Bayleigh voted ‘no’ for Tyler and he lost 4-5 (I know any 1 of Tyler’s ‘no’ votes are essentially swing, but you get the idea).  Bayleigh’s ‘no’ is also a bit more significant because her entire alliance that was sitting in the jury also voted against Tyler, and she happily took credit for that. She said every time they brought up good points like Tyler getting out of tough jams, Bayleigh pointed out that Tyler is the one who put himself in those jams while Kaycee never did.

Because of that reason, Bayleigh really has to figure out how to convince people that she wouldn’t be a bitter jury member should she make jury, and she’s doing it against someone who has proven she can remain neutral. Needless to say, Bayleigh is likely gone tomorrow but she does have some arguments FOR her. She’s a big competitor, a far bigger target, a shield for many, and willing to take out people like Nicole who Da’Vonne doesn’t want to touch. So, she has a hill to climb, but it’s not nearly as steep as Kaysar’s hill last week.

Alright, let’s just jump in. Before I do, we hit 1k followers on IG! Thank you, everyone! Also, I learned how to do Facebook stories from my page, so follow me there as well!