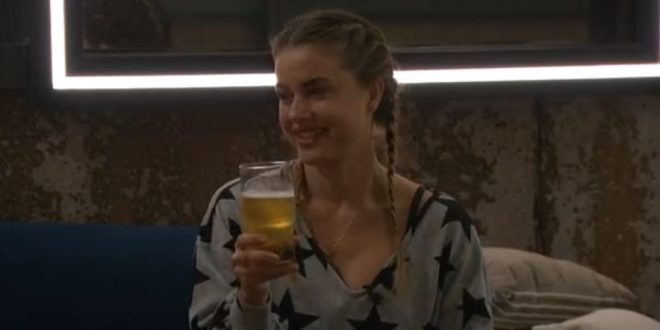 It’s Wednesday in the Big Brother house and we’re officially in the final week of the season. Or does that begin tomorrow? I am bad at describing things like that for some reason. For example, the season ends next Wednesday at 11 pm est. To be ‘officially’ in the final week, does that start at 11:01 pm tonight? Or do I need to wait until it’s Thursday so it’s 7 days?  Yes, this is the type of stuff that runs through my head when I know thousands of people are going to read what I write.

And that’s all she wrote for Big Brother 22. We did it. It may have been an incredibly boring season, but it was still a season that we weren’t sure was even going to happen. While I complain about how they handled the feeds this year, I am definitely still grateful production did what they did to get the show running and without problems. There were no covid scares despite constantly bringing stuff into the house whether food, competition pieces, or star babies. I’m sure working on the set was far more annoying for production than normal seasons, so I want to just take a moment and give credit where it’s due. Whoever made the decision to cut the feeds anytime there was something interesting happening, you’re excluded. But to the rest of the production, a sincere thank you for doing what you did this season!

Inside the house, we never really got to enjoy the Christmas experience of her being on the block and going home. That is because she still has confidence Cody will flip and keep her and she knows blowing up on him will absolutely guarantee her exit from the house. It’s unfortunate because I really wanted to enjoy seeing her blow up on the house when she knew she was going home, but it never happened.   Gone are the days of Christmas sitting alone with her foot shaking as she rambled crazy stuff to herself trying to remain calm. Even though the feeds didn’t let us enjoy that for long, we did get to see a little of it 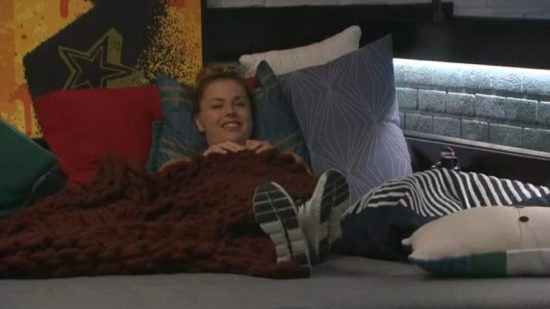 If I remember correctly, that was shortly after she had a conversation with Da’Vonne about being put on slop. She wasn’t very happy with the answers Da’Vonne gave her, so she went to that couch and sat there talking to herself and laughing like a crazy person all while her foot was shaking like she was using all her power to not steal a car and crash into someone.

As per normal, I’ll update this if anything actually happens, but it won’t.

Before I go, I want to give Veronica a huge thank you for her very generous donation!  At this point in the season, I feel very guilty about accepting any donations because I’m literally doing very little thanks to the dead house. I mean I’m watching the feeds all day, but I’m not blogging much about it because it’s hard to report on nothing. So, thank you very much and thank you to everyone who has donated this season! You are all amazing.

Oh, and one more thing before I go, the CBS Spoiler Girl on Twitter said that CBS is considering a winter BB season or Celebrity BB3 due to no Survivor being on. I typically don’t post rumors, but this sounds legit for a few reasons:

So, hopefully, we’ll get a winter season. I know they’re already taking applications for next season and likely still have a pool of potential candidates from the last few seasons of finalists. They couldn’t get newbies in this year simply because there just wasn’t enough time to and understanding of the virus to properly screen the finalists. Now that we’ve had months of ironing things out, I can see casting going fairly quickly if they give it the green light.  If it does happen, I expect it to be similar as BB9 which began in Feb and ended in April.  That gives them enough time to properly cast people, do some minor changes to competitions and also leave enough time for the June premiere of the summer edition.

Okay, that was a long ‘one more thing’ but I wanted to get it out there now.  Have a good day and check back to see if anything happens inside the house