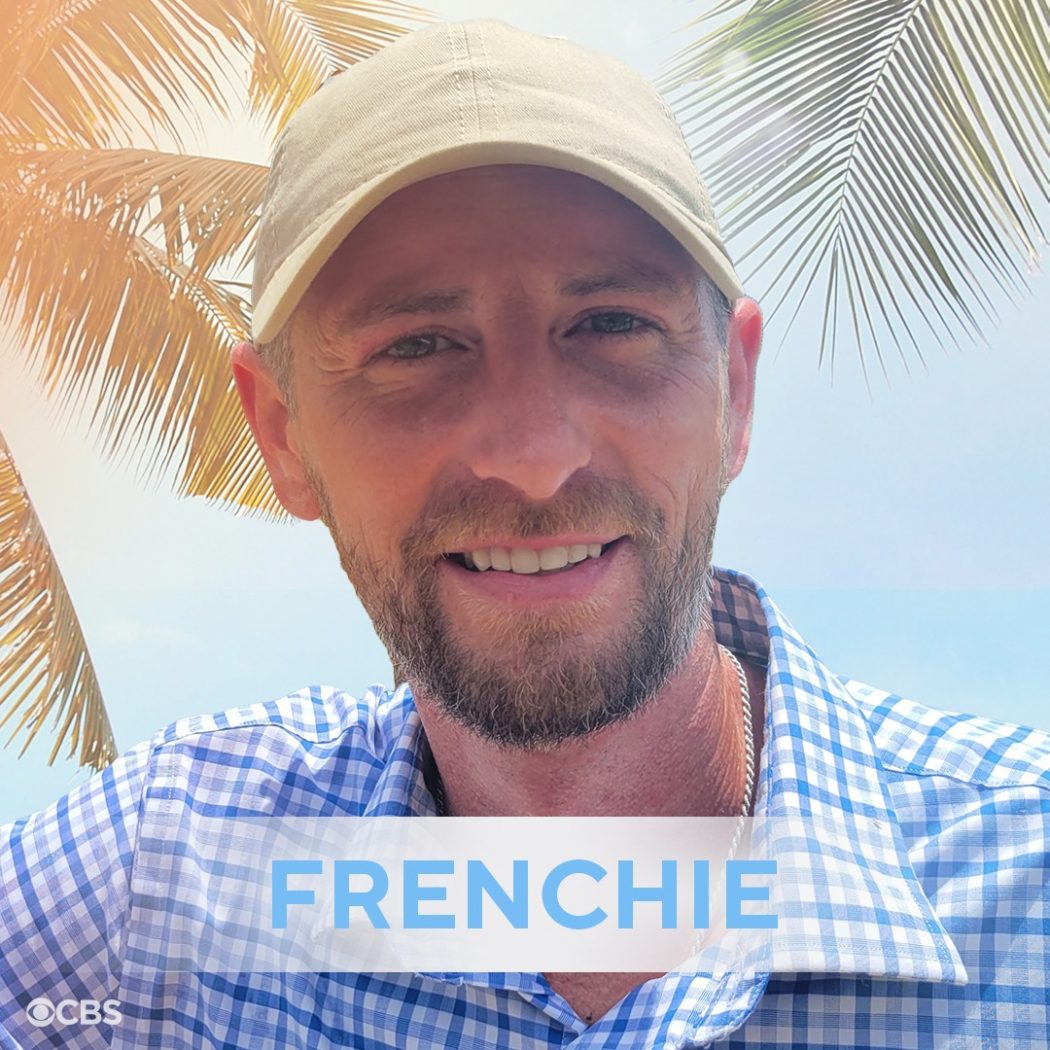 The biggest surprise about Frenchie is that he lives in TN and not outside of Boston. Growing up, I swear my uncle knew like 5 different ‘Frenchies’ because that’s just what people call each other around here for some strange reason. And no, their last names weren’t even ‘French’ like Brandon here. They just love calling people frenchie here, it’s weird.

Anyway, Frenchie is apparently somewhat known in the BB community as he interacted with a lot of former cast members on Twitter. Does he follow me?  Of course not.  Fuck us, right?  I mean we’re only one of the largest Big Brother blogs out there yet I can’t seem to get a single houseguest who follows me for some reason.

Alright, I won’t hold it against him. I’ll try not to, at least.  I’ll try to be fair and unbiased even though I bet he’s going to be shouting out every Big Brother blog and every former houseguest except me, but that’s cool. We’re good, Frenchie.   So much for not being bitter.

On a serious note, I don’t give a shit. I actually prefer not to interact much with former houseguests because then I’ll feel the need to sing their praises even when they act like assholes – and most do. I’ve always been blunt when it comes to calling out players on their shitty behavior so I guess I answered my own question why I never have any who follow me.  And with my honesty, I’ll say going in I kind of dig this guy.  I want to dislike him because of his popularity, but he’s clearly a big fan as his bio is full of little lines.  Rachel’s hair extensions.  Mentioning something happening on his daughter’s birthday was also hilarious because of the Rockstar thing.  I got a serious Enzo vibe from him just by looking at him and reading his profile, so I think we may see similar results as Enzo had.  Losses.  Kidding. I actually consider Enzo a good player as it’s no easy task to make it to the final 3 in any season let alone two.

So, are we looking at a final 3 potential?  Maybe! I think his personality is going to carry him pretty far.  If he can have a personality like Enzo and win key comps, he may be another BBJ favorite. Even though he won’t name drop us during the feeds.

Three words that describe you: Supercalifragilisticexpialidocious, compassionate, and exuberant.

Favorite activities: “Yes” days with the kids, fishing, playing with the baby animals, and grilling out.

Who are your favorite Houseguest duos?
Definitely Britney Haynes and Rachel’s hair extensions!

What are you most excited about living inside the Big Brother house?
Living out my dream of being here. I learned life is way too short with the passing of my son so just being able to live out this dream. I’m here to WIN, not to get famous!

What do you think will be the most difficult part about living inside the Big Brother house?
For me it’s being away from my kids and the farm.

What is your favorite past moment on Big Brother?
Dan’s funeral on my daughter’s birthday was legendary!

What is your strategy for winning the game?
Building relationships with everyone, not just your alliance. Being a farmer, no two days are the same. You never know what to expect. I always have to evolve and change gameplans on a daily basis and I have got really good at it. Set strategies are overrated and crumble, so my lifestyle fits perfect with the Big Brother house.

My lifes motto is…
“You will always go through rocky times, but together we can crush those rocks into fine sand and create our own paradise!”

What would you take into the house and why?
A picture of my son who passed away because it motivates me like no other. A fishing pole because it would be fun catching other Houseguests from the HOH balcony lol, a voice recorder because everyone in that house lies and then I’d have proof of what was said.

Fun facts about myself:
-At 13 I won the NFL national punt pass and kick competition.
-We have a two-time grand national champion show bull that lives better than most humans.
-I’m a proud member of the NAACP.
-I’m prior military.
-The only thing that I’m scared of in life is our devil rooster.