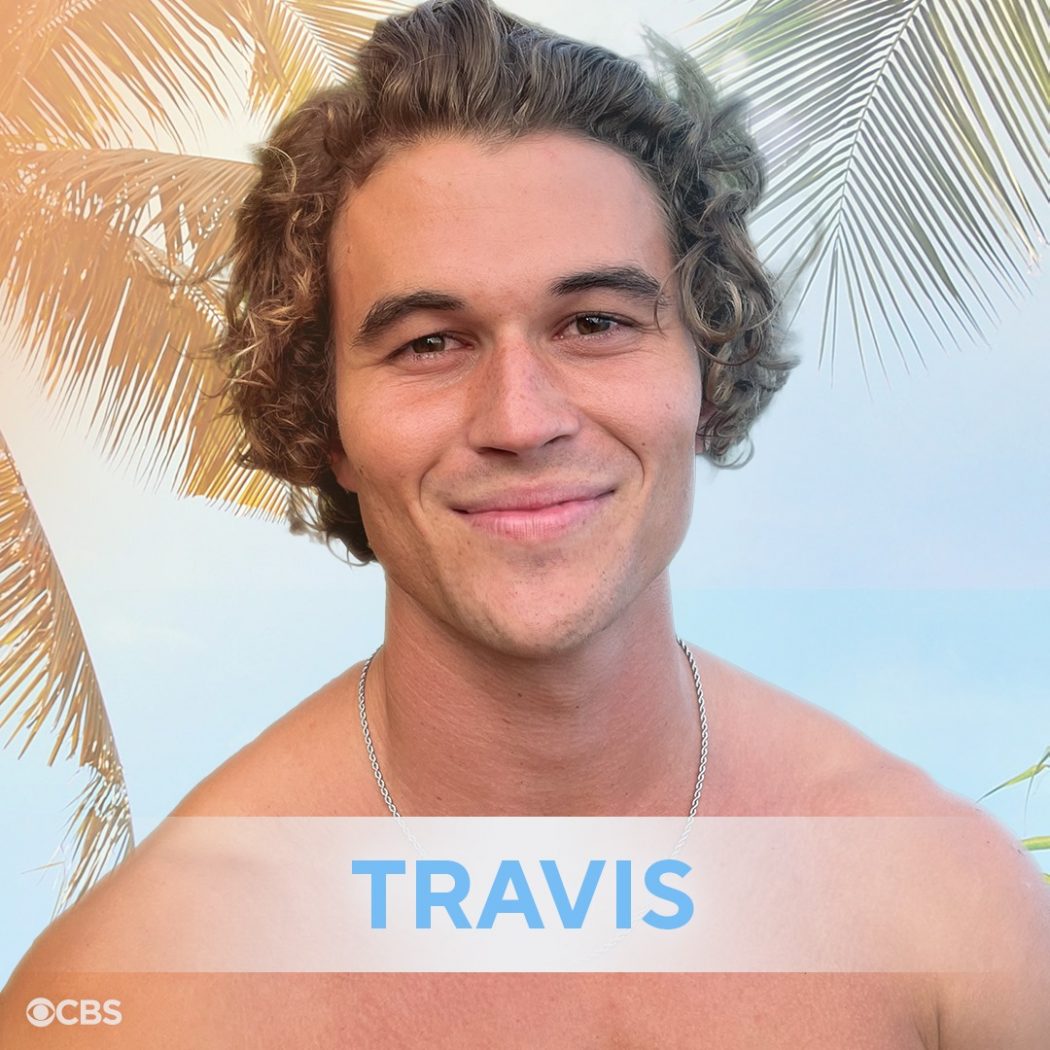 Travis Long has a lot going on, so let’s touch on things one at a time. First, his favorite duo is unique – Brett and Winston.  It doesn’t surprise me he’s a Brett Bro, and considering he likes joking around, hopefully, he can be our new Brett. Although him mentioning Brett making a last-ditch effort to stay on the show makes me think he only watched that one season, but that’s okay. Still better than seeing Dan’s Funeral as an answer (don’t get me wrong, Dan’s Funeral was amazing, but you’d think that was the only thing to happen on the show over the last 20 years).

He wants to bring the ocean into the house which is weird on so many levels, but he did mention never needing to do his hair and that does remind me that ocean water typically does give me the best hair so I can see that. I’m not sure if he understands how sushi works though, but that’s okay.

Travis also spent some time growing up in Costa Rica which automatically ranks him up a bit. I’ve been there twice and it’s such a beautiful country so hopefully he’ll share some stories about it.  He’s also been sued by some ‘titans of the industry’ which is a weird flex, but okay. And he gained 40 lbs one summer. Child’s play, bro.  I can gain that in two weeks if I don’t watch what I eat lol.  I’m half kidding, it’s definitely tough to just put on 40 lbs in a summer, and makes me wonder why he did it. I need to know more about this story. Was it muscle? Fat? Both? Was he starring in a movie? Or was he bored? Travis,  you better share some stories or you’re going to be one big disappointment.

As far as his game, it’s tough to say where he lands.  I can see him forming a bond with the guys and sticking around for a bit. Mid game, maybe late mid game.  Maybe even further (top 3?). We may be dealing with a lethal combination of Tyler and Brett which could mean big trouble for the house.

Three words that describe you: Rambunctious, curious, and strong-willed.

Who are your favorite Houseguest duos? Those who became best friends in the Big Brother house or had a showmance?
Brett and Winston.

What are you most excited about living inside the Big Brother house?
Pulling little pranks and swapping the blame to other people to create chaos.

What do you think will be the most difficult part about living inside the Big Brother house?
The inability to communicate with those I love outside of the BB house. Wondering how my friends and family are doing, what they’re thinking of me and my actions, and how I can make them proud.

What is your favorite past moment on Big Brother?
Brett making a last ditch effort to stay on the show when he lied on the block and said Rockstar was going to flip and not vote for him to be evicted.

What is your strategy for winning the game?
Forming close one-on-one relationships with people behind the scenes, limiting yet utilizing my charismatic personality to connect with people but also not going too over the top with my friendliness and openness so I can cruise a bit under the table in group settings.

My life’s motto is…
“So many brilliant things lay on the other side of discomfort.”

What would you take into the house and why?
-A full size gym because I go absolutely bonkers being unable to get a good workout and run in every day.
-The ocean so I never have to do my hair and so I could live off of sushi.
-A projector and movies — I am wicked obsessed with cinema.

Fun facts about yourself:
-I am a published author with books sold on Amazon.
-I am (almost) fluent in Spanish from growing up playing soccer and living in Costa Rica.
-I gained almost 40 pounds one summer.
-I’ve started multiple businesses since high school and have been sued by massive titans of industry.
-I am an absolute prank master— I prank my roommates, friends, and family frequently.
-I free dive and spear fish for my dinner multiple times a week.
-I have a wall full of sticky notes of quotes and nuggets of knowledge from friends and family and people I’ve met in my room.