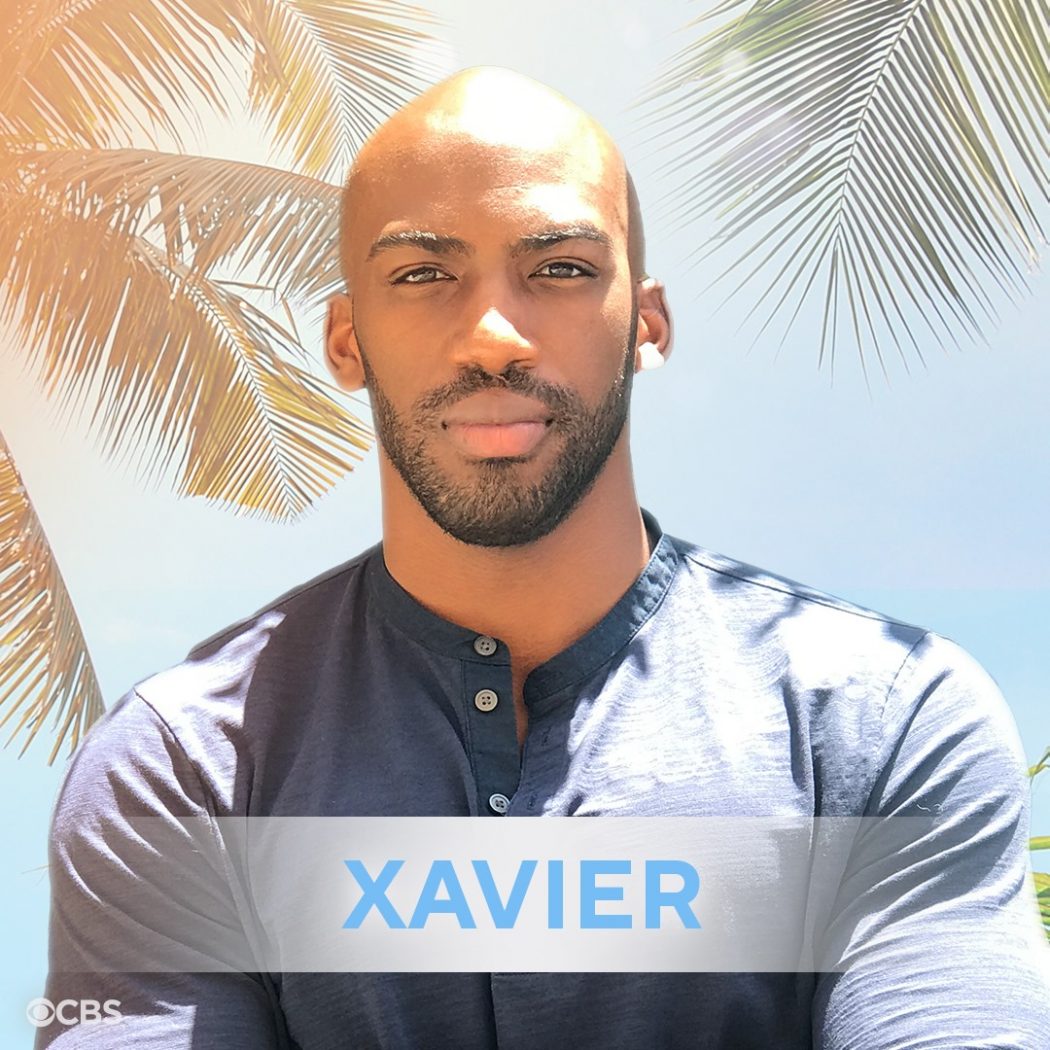 Other than digging up information on Christie’s replacement, Xavier is the last profile to check out and it looks like we may have saved the best for last.  This guy is the real deal. He is bringing up old-school Big Brother memories like Chilltown and Danielle Reyes’! No Dan’s Funeral, excellent!  He is a lawyer and a good looking dude. He’s going to be part of the early segment of all the girls swooning over him, guaranteed.  It’s usually the first episode, but this season will be different, so we’ll see the actual diary room sessions of first appearances by the second or third episode.

Oh, and one more thing I caught about his BB memories is saying ‘RIP’ for Chilltown.  So this guy is clearly not some casual fan who watched a few seasons. He keeps track enough to know that Boogie and Will had a falling out which killed Chilltown. Impressive.

Let’s also not forget that he’s a cat guy. I love it. I’m a cat guy, always have been. Don’t get me wrong, dogs are cool and all, but it’s so much more rewarding winning over the affection of a cat than a dog.  It’s apparently not ‘manly’ to admit it, however, so I love that he did. And before you wonder about it being ‘manly’, it’s super stupid but true. My facebook profile has me and my cat and I have been made fun of numerous times for it. If I reply to someone about maybe a political topic, I’m guaranteed to get at least one reply along the line of ‘figures, coming from a guy with a cat in his profile’. It’s probably the strangest thing I’ve encountered online, but it’s true.

Enough about me, back to Xavier. This may be the perfect season for him to come along so I see no reason for him to have an early exit. A sad reality in Big Brother history is that black dudes have had tons of trouble even making it to jury, but with the cast as diverse as it is this year and the team structure heading into the season, he should have no trouble playing a normal game.  And no, I’m not necessarily calling out specific former cast members for racism (although there have been a few), but casting almost always puts in 3-4 athletic white dudes who all bond and it becomes difficult for the other males to make inroads into their group.

I hate that I have to even talk about race, but it’s true. I’ve been blogging this show for a decade and have watched it from season 1. It’s always been incredibly difficult for males of color (and females of color, but not as bad as males) to make the connections and bonds with the typical ‘popular’ group that inevitably forms every single season. I am very glad casting is different this year and I look forward to seeing how this all plays out

Three words that describe you: Personable, confident, and fun-loving.

Who are your favorite Houseguest duos? Those who became best friends in the Big Brother house or had a showmance?
Definitely the duos. Chilltown (RIP) is my all-time favorite, closely followed by The Hitmen.

What are you most excited about living inside the Big Brother house?
First and foremost, just getting an opportunity to participate in a game and live in a house that very few people can say they’ve experienced is pretty incredible. I want to see the design of the house up close and see what random guests (especially Zingbot) will show up throughout my time in the house.

What do you think will be the most difficult part about living inside the Big Brother house?
Not being able to talk to my family, especially my mom, is going to be very difficult. Also, having to live with 15 other people. I’ve never lived with multiple people for longer than two weeks so it should be interesting. I’m a bit of an ambivert so while I do enjoy being around people, I will definitely need some alone time to recharge.

What is your favorite past moment on Big Brother?
Britney Haynes’ goodbye message to Boogie after his eviction on BB14 or Danielle Reyes’ impressions of her BB3 houseguests. Both equally hilarious!

What is your strategy for winning the game?
From a competition standpoint, only win when I have to. Socially, make genuine connections and friendships with each of the Houseguests. Reiterate that we are playing a game and avoid bringing personal matters into game decisions. Adapt to the twists of the game as they come and enjoy playing Big Brother the way it was meant to be played!

My life’s motto is…
“Make your own luck.”

What would you take into the house and why?
-Pictures of my family; constant visual reminders of why I’m there.
-My record player and my vinyl records; for good music and good vibes.
-My cat. He’s awesome and will show people that not all cats are evil (FYI I love dogs too, I’m just waiting until I get a house to give my future dog the yard it deserves).

Fun facts about yourself:
-I’m a Taurus.
-I have 10 siblings.
-I was born with a severe clubfoot and had to learn to walk in a cast.
-I completed a cross-cultural study abroad in England and Scotland.
-I am not a fan of coffee. I actually made it through all of law school without even so much as a single shot of espresso.