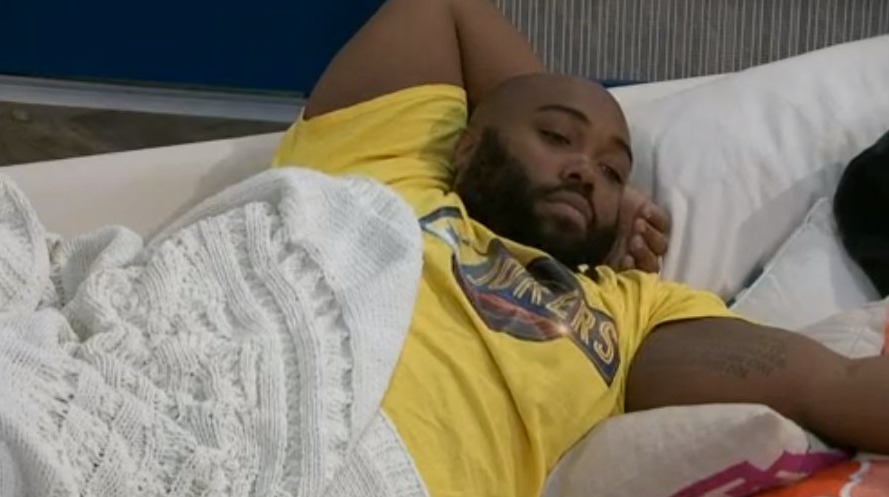 Just one week from today, we will be talking about the finale and the end of the controversial Big Brother 23 season.  Like most weeks this season, I can already tell you what will happen. That will be X, D, and Azah sitting around all week trying to strike deals with each other on who will take each other to the final 2. And  yes, I said Azah and not Kyland because it appears that’s the direction they are going with.

It’s been pretty well known since Saturday that Kyland was next to jury, but there was always the slight chance they may want to just go with all guys to prevent some fluke BB18 situation where Natalie voted for Nicole simply because she is a female. But, Kyland showed he was far too big of a competitor for Xavier which means he doesn’t even want to risk sitting next to him during round 3 of the HoH.

This is actually a fairly interesting situation because Xavier will be facing off against either Kyland or Azah in that round.  Kyland will certainly be harder to beat, but is quite a bit more likely to actually take X to the final 2 should he win. However, should Azah win that comp, she is almost certain to take Big D over X.  I do want to clear something up that I completely screwed up my analysis this week. I received a message pointing out that the final round isn’t about luck and they are 100% right.  Last season was a memory competition where they did like two rights and a wrong and Cody/Nicole were asked questions from that.

I’ve been saying the final round was pure luck but that’s due to it being that way the first many seasons I blogged. I feel stupid not remembering recently they switched it to memory, but I can definitely admit when I’m wrong, and I was certainly wrong there.  That also completely changes the outcome of the week because there is almost zero doubt Xavier will destroy Azah in that competition.  I stand by my comment that Kyland can win that round, but I just don’t see a chance of Azah winning it. This means Xavier is about 95% certain to be sitting in the final 2 chairs (percentage made up) and 100% chance he’ll win regardless of who he’s sitting next to.

I did mention that Azah has a slight chance to pull some votes over the female aspect, but I don’t think X will even take that chance. There is the same 95% chance that D will be sitting next to Xavier in those final 2 chairs and he has a 0% chance at beating Xavier.  There isn’t a single argument he can make that will convince the jury to vote for him over X because Xavier has been better at every aspect of the game from social to comps.

I know some will say D has a better social game, but I don’t really agree.  Sure, Xavier had a reserved social game. He wasn’t very close with people like Claire, SB, etc but he also wasn’t a dick to them, either. D is the type of person you either love or hate while X is far more of a neutral personality where most neither love nor hate him.  I see X versus D as an 8-1 win for Xavier with Britini being the lone vote for D (if that).

Before I end this post, I want to give a huge shoutout and thanks to DPL for his generous donation and also for his amazing contributions to the comment section this season.  I am happy this controversial season is over, but I’m always sad knowing we’re heading into another lonely winter where I can’t interact with you amazing readers. I love this community and wish the show ran multiple times a year. Yes, we’ll have a 3-4 week celebrity version, but I mean 3-4 month seasons 2x a year. That would be great.

I also say this every year that I want to blog in the off-season about other shows but I still don’t really watch enough TV to make that happen.  If you have ideas of shows you religiously watch and want to try writing, feel free to shoot me a message. If I get a lot of replies with great show ideas and people willing to write, maybe I’ll re-start my catch-all blog (therealityjunkies). But if not, I understand 🙂

Have a good day!  Another long day of watching the cast sit around eating, talking, and sleeping