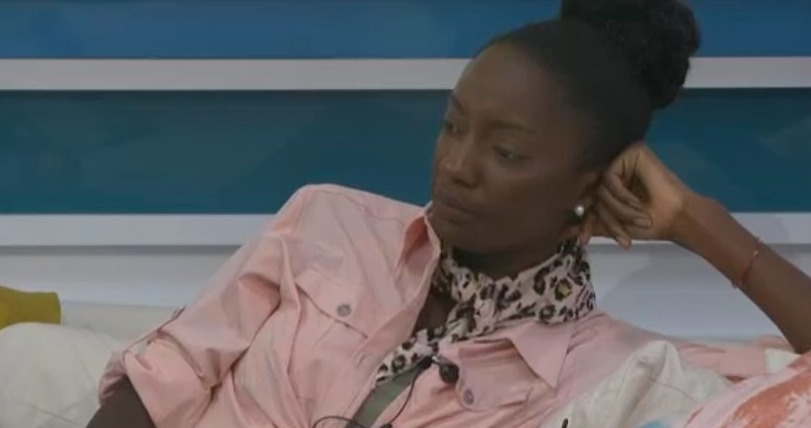 Yesterday was a long day of nothing in the Big Brother house as the veto didn’t get started until fairly late and ran about 5 hours. Feeds didn’t return until roughly midnight my time and most of the house was just exhausted after their long day to really do a whole lot.

However, one thing was revealed yesterday that is not going to make America happy and that is DX will almost certainly be going home, and all his closest friends in the house (Claire, Tiffany, Kyland, and Hannah) all know it but aren’t really telling him the truth quite yet.  In fact, Kyland is still denying that DX will be the replacement nom when Xavier saves himself after winning the veto yesterday.

The veto competition was a domino-style game where they set them up to fall and reach the finish and the person with the quickest time won.  The problem is, it sounds like the quicker paths had punishments tied to them and the winner got to enjoy all the punishments he/she gathered along the way.

In winning, Xavier picked up these punishments:

That’s quite a lot to take on considering he easily has the numbers to stay, but Xavier is a smart dude and knows even though the cookout is loyal, getting out a big fish could just be too damn tempting when time to actually cast the votes. The only thing that may make the CO question this is that Claire seemed to be the person on his heels. Why this is important is because if Claire removes herself and DX goes on the block, that’s two big fish sitting next to each other and you can’t go wrong either way. In this case, there is zero chance the CO would boot out Xavier over DX because it’d be completely stupid. However, if sitting next to Claire or someone like that, the house may want to consider taking the shot.

Again, this is still a huge stretch, but even if Claire won the veto there is also no guarantee SB even puts DX on the block.  Maybe she flips and puts Alyssa up there.  Needless to say, Xavier was better off winning than putting his entire game in the hands of someone like SB who would be in charge of picking the replacement nom.  For him, this is really a super small price to pay considering DX will likely be gone which removes his biggest BB Buck competitor worry, and he should still have the votes next week if he’s the third nom (side note to X – throw this upcoming HoH. The longer you push it off, the closer it gets to the final 6 when the cookout will be taking their shots at you).

But one thing is certain, I bet DX is regretting his decision to backdoor Christian right about now.  He’d probably be HoH (he lost to SB who would have gone home that week instead) and he’d still have his shield in the house. I said from the beginning that his backdoor was entertaining for the feeds but a terrible game decision and we’re now seeing why.  Here is my comment about his move:

DX decided to sacrifice his own game and bless us with a nice backdoor move to evict a rather large target and competition threat. We will forever be in his debt even when he’s subsequently backdoored a few weeks later.

I expect a fairly slow day in the house, and that stupid storm is coming down on us. I’ll update if I have power, but if you don’t see any post doing live updates today, it’s because I’m sitting in the dark.  Have a good day!