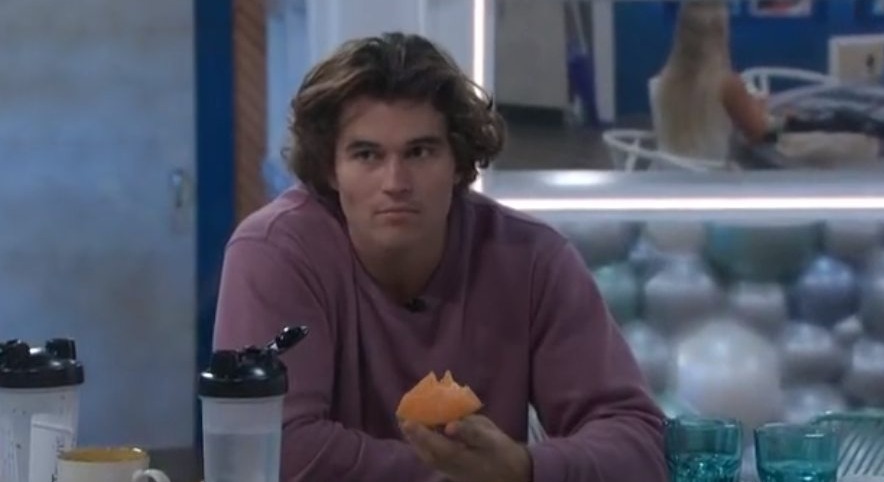 It’s the first Sunday in the Big Brother house and there is finally nothing going on and the backyard should be open, so we should actually get some decent conversations going (assuming production lets us hear them).  I believe they are doing their photoshoot today so the feeds may be down in the afternoon but after that, it should be good.

I hate to keep talking about Frenchie, but even Azah calls the house “Frenchie’s Fun House” this season because that’s all it has been. Frenchie’s world and we’re all just living in it.

I think one of the most underrated hilarious things this week is how Frenchie keeps hammering home the point that Brent was his target this week – in front of Brent. Listen, I know many here try to be on the show every year, and hopefully one day some of you are successful.  But if you are, just remember this, don’t do the things Frenchie is doing.  Here is a ‘Steve’s Survival Tip’ for the BB house – Don’t keep reminding people that you were trying to get them out of the house.

Remember, they are all playing for (now) $750,000 which is life-changing money (as if I need to state that obvious).  If you take your shot at getting someone out, do it discreetly and make sure you hit the target. Frenchie essentially told Brent, Christian, Alyssa, and DerekX this week that he single-handedly tried to eliminate their chance at earning this life-changing money. Four people who should still be in the house come Thursday night (assuming Alyssa stays). That is more than a quarter of the remaining house knowing that Frenchie tried to kill their dream, and Frenchie thinks it’s a good idea to keep reminding them about it.  That’s not even counting Kyland who was floated up there as a pawn and risked being sent home if his buddy didn’t win PoV.

People don’t forget this stuff, and most certainly don’t forgive.  They’ll pretend they do, but it’ll always remain in the back of their head that Frenchie tried to kill their potential win in the first week of the season.  This is not even counting the number of other mistakes he made this week, like flipping his decision multiple times which showed the house he can easily be swayed which they will use to their advantage should he ever win a comp again.

While none of this is an attack on him as a person. He’s just a great example of all the things you don’t want to do in the house. He should seriously write a guide while he’s watching the feeds with the rest of us this summer.

Enough rambling, let’s get to the updates:

Thank you Pamela for your wonderful donation!  Wow.  I am humbled!

With that, going to take a break and watch the show. Not going to start a new thread because the afternoon was slow so I’ll just update this thread and post after the episode

Huge thank you to Mary Beth for your amazing donation! I don’t deserve you guys 🙂