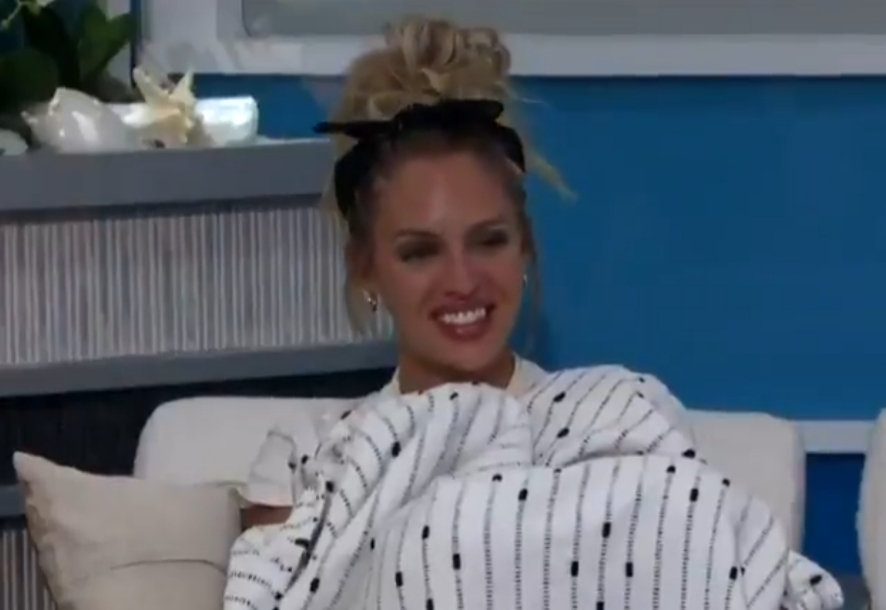 Good morning BB Junkies!  I can’t believe we’re already in week 4 but here we are. Brent was evicted last night and we have a new HOH after a team puzzle comp. 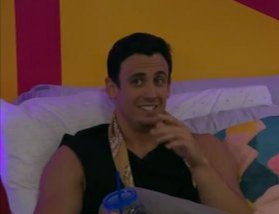 Hannah didn’t let Brent leave questioning whether or not she was happy for him to go: 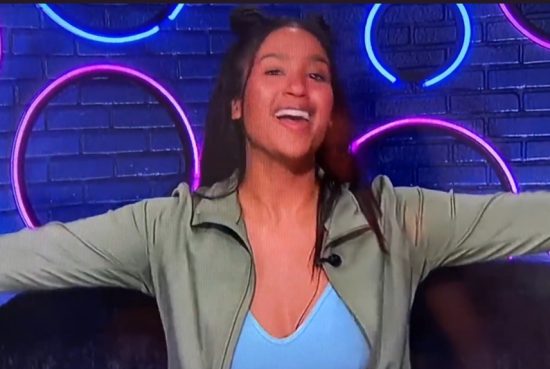 Speaking of the diary room and voting, does anyone have a guess how many evictions it’s going to take before Derek F can say “I vote to evict?”

The new HOH this week is……Christian.  Things didn’t go according to plan for a large percentage of the house last night.  Many of them went into the comp thinking, it’s ok for anyone to win as long as it isn’t a King. Before Friday even arrived, it’s already on to plan B.

Yesterday, I said I didn’t have a preference for who won the HOH but now I realize, I did have a preference for who lost. After seeing comments that reminded me this will be a showmance week, I wish it wasn’t Christian.  I don’t have anything against him, he’s just all about the tv romance and even said so in his intro package. I will say that he IS at least trying to play the game too so there’s that. The target on Christian & Alyssa could grow even larger after spending a week up in the HOH room together. (fingers crossed) 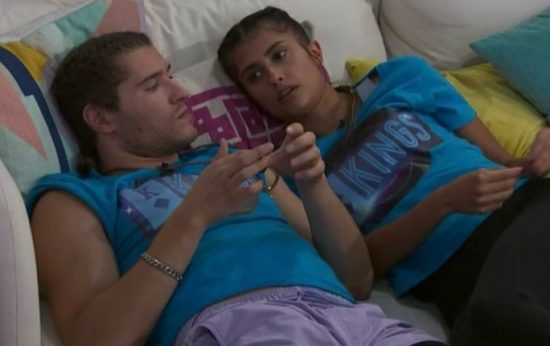 Whitney just made a deal or alliance or whatever it was with Christian and Alyssa, Derek X and Xavier, or she thinks she did. (I think its only real to her) Tiffany, Xavier and Derek X both have put in work this week trying to steer Christian and Alyssa away from Hannah and onto Whitney. (Some of X’s work backfired tho) We’ll know soon if it worked. Well, to be more accurate, Derek X was trying to steer them away from both Hannah and Whitney and get the kings to throw the hoh. Although, I think Derek X stopped caring after he found out Whitney was willing to cut Hannah loose and strike a deal with the Kings. Tiffany has definitely been trying to steer them towards Whitney.

Whitney told Alyssa after the hoh comp, she was excited and happy Christian won but didn’t want to show it. (Whitney, you in danger gurl) 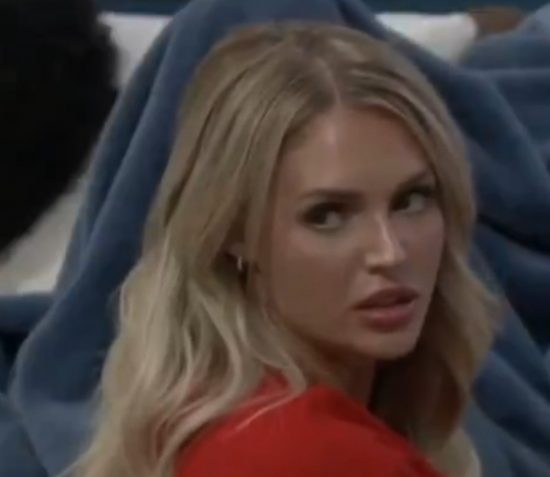 You just know Frenchie is at home telling everyone “I was right, I knew it, they’re a shomance!”  I say let’s give him that one because he wasn’t right about anything else and everybody should get at least one.  I’m not sure how romantic of a shomance it is because this was right after Christian farted and commented on how he must be very comfortable around Alyssa. ( I’ve been married about 20 years and I don’t ever want my husband that comfortable!) 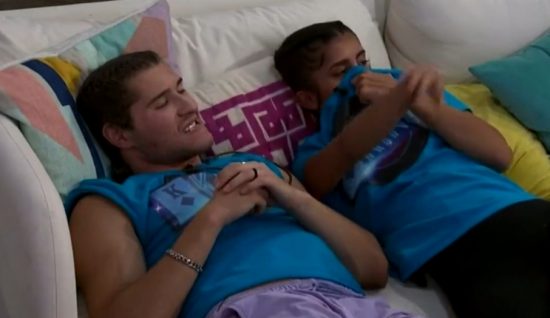 Here’s some of the discussion after the HOH camp last night:

Just when I thought I couldn’t be more a fan of Tiffany, she managed to top herself.  Some of the house guests were talking about the live feeds and Tiffany explained how last season, the live feed watchers were upset with all of the feeds cutting. She said it was bullshit because people pay for the feeds and they want to see them. She said the main reason the problem happens is because the house guests don’t listen and they break the rules. She told them not to be talking about stuff they’re not supposed to be talking about so the damn feeds can stay on! 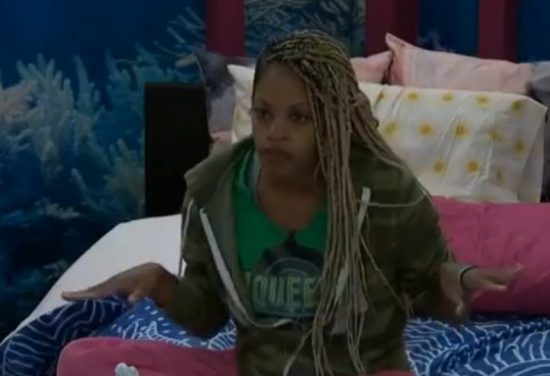 The players in the Wild Card comp will be Whitney, Claire and either Azha or Derek F. If Whitney is indeed the target and if she wins either the Wild Card or the Veto, things could play out very differently this week than many of them think. 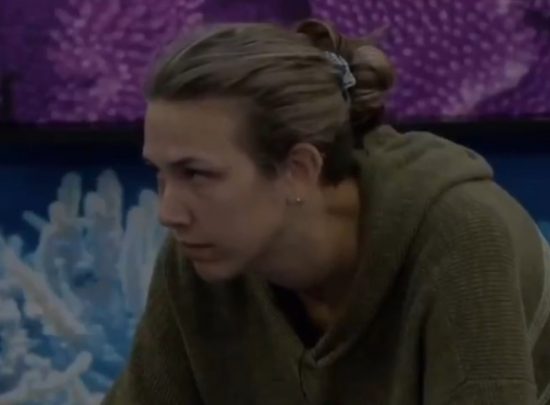 The Cookout has discussed knowing they have the numbers with Derek X to keep Hannah over Whitney. Well….what do they do if it’s Hannah versus Azha, for example?  I think some of them, without telling Azha, are holding out hope that Britini could go on the block as either the target or the pawn.  Personally, I don’t see that happening. Alyssa has been working her relationship with Britini and told her (and her own team) she would not be putting her otb if she were to win. Christian has put some time in with Britini too and as recently as 2 days ago, hinted at a F2 with her.  I don’t think he’s going to want to do that either. Azha has been suggested by Alyssa in the past as a target so we’ll just have to see how it plays out.

We also don’t know what twist will come with the wild card comp and what kind of safety might be involved. If Claire or either Azha or Derek F win it, none of this speculation will even matter. For that reason, this seems like a good time to wrap it up and wait for the comp to happen.