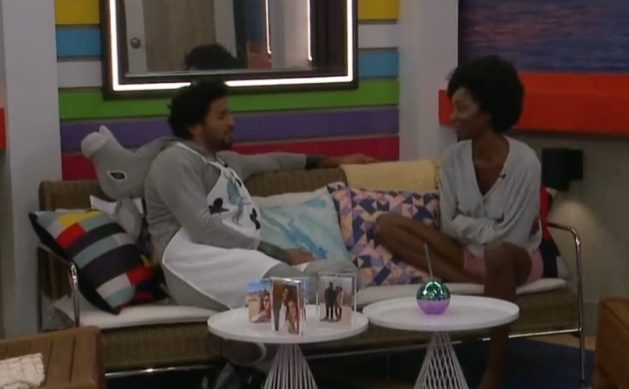 Mornin’ ya”ll! There’s a new hoh in this here house so let’s git to talkin’ bout it.  My husband was watching a documentary about hillbillies last night, actual hillbillies, not the slang term we use now. I was trying to pay attention to the feeds but some of it stuck with me so I woke up channeling my great grandparents.  Hey, it gives the hubby a break from having to listen to me try out my Canadian accent all the time! Keep in mind, I spent most of my childhood in the South and moved to the Midwest in high school so I’m already rockin’ a weird blended accent. ANY accent I try is TERRIBLE but he goes of to work confused and that’s fun for me.

Last night was a decent episode but the build up to it was better.  The Wednesday episode, which I forgot to mention yesterday, was fantastic! The Veto comp, Britini in the comp, the Beth jumping out of Sarah Beth, the time spent showing strategizing and everything else was very well done. I don’t often say that about episodes so I thought I would since it was deserved.

Last night was loooonnnggggg and it only ended a little bit ago so I’m sure I’ll leave stuff out this morning.  I want to get started tho because noms are supposed to happen earlier today.  When the feed came back up after last nights eviction, we saw that Tiffanys plan for the week had completely derailed. Kyland won the hoh so Sarah Beth won’t be the target of the week. 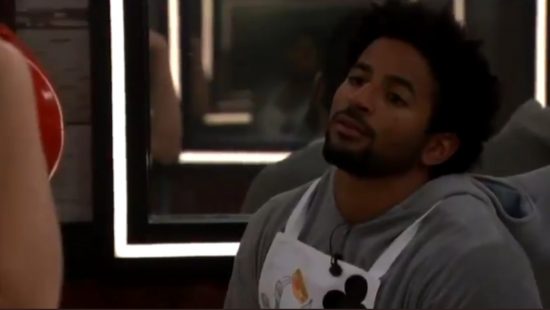 Tiffany was pissed because she’d lost, wasn’t able to hide it and the awkwardness after the comp prevented everyone from celebrating Kylands win. (That’s what it sounded like) It was a knock out type comp which caused some tension.

Kyland was annoyed with Azha because he didn’t know why she wasn’t picking former Kings to face off, which I guess was the plan. Azha was upset with Kyland because she’d asked that he throw it to her. She said instead of doing that, he kept picking her to go up against people. Tiffany was mad because Kyland said he was throwing it to her but she got a question wrong or something. (It sounded like he was trying to throw it by answering incorrectly but accidentally got the question right) That’s his story to Tiffany anyway but I’ll have to see it before I buy it. I can see that being Kylands excuse for ‘accidentally’ winning. Later, Tiffany apologized to Kyland and said she needed to work on being a better loser. She told him she was mad at herself for messing it up, not because he’d won. (This is another one I’m not buying until I see it) 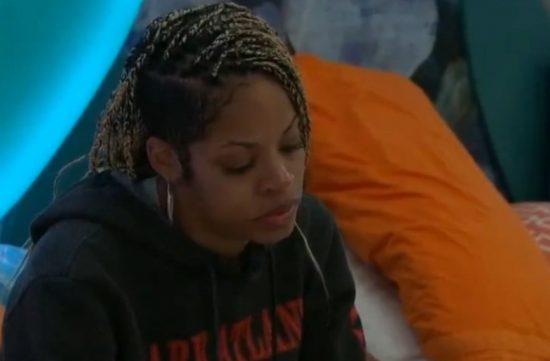 On the plus side for Tiffany, Azha was also mad at Kyland so they were able to make up and bond over being ticked off at him. (hey, whatever brings you together)  They told each other they were like family, loved each other, hugged and you get the rest. 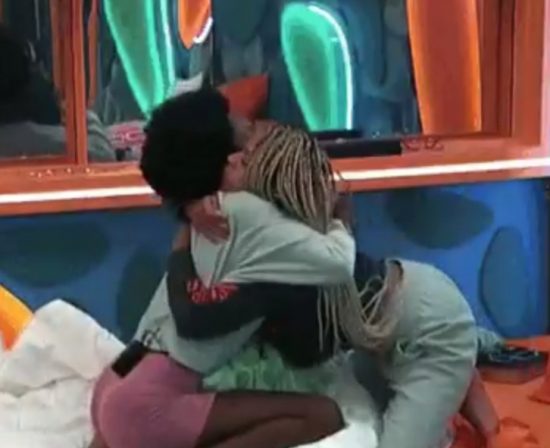 Britini kept walking back-and-forth eyeballing Tiffany and Azha while they were talking. Tiffany called her out on it but not in a bad way. Tiffany told Britini to come over there and join them since she was gonna keep walking by anyway. 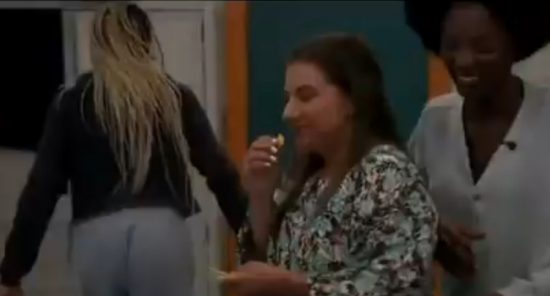 This is Tiffany doing an impression of Britini and all three women had a laugh over it. 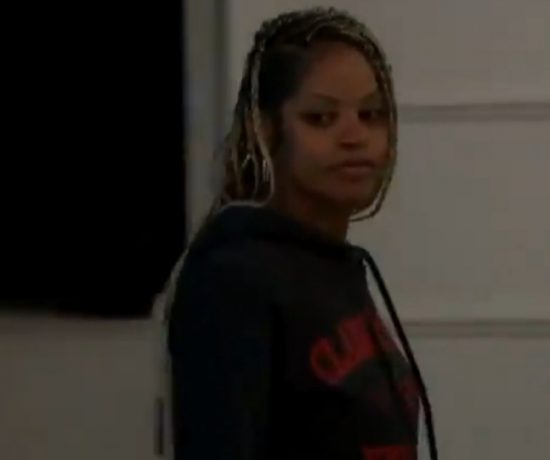 Ky couldn’t schedule his meetings for the following day as he’d done the last time he was HOH because production announced that noms would happen earlier. He said he’s fine with being HOH, he could see could DX get a power and he sounded fine with that too.  In spite of what Ky has been saying to Xavier, it doesn’t sound like he plans on taking out DX quite yet. He said Britini is probably worried because she’d picked SB and Ky to face off in the comp but said he doesn’t plan on taking out Britini this week.

Tiffany may have been telling the truth because she also told Hannah and DX that Ky tried to let her win and she just blew it. She said he was the worst person to win because they wanted to take out SB this week. 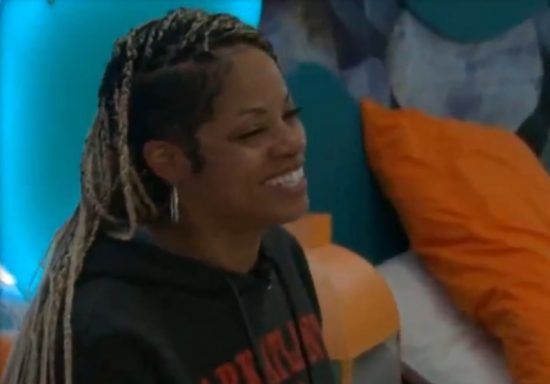 Big D gave Ky a heads up that Azha was pissed over him picking her in the comp. Ky said he had to so they didn’t give away the Cookout. (Really? He couldn’t pick Big D to accomplish that?) Big D told him he was really glad Tiffany didn’t win it. (I bet he is, haha)  Kyland told Big D that Claire was the target this week. He talked about putting her up with Tiffany. Bid D asked who the target would be if Claire won the veto and he said maybe SB. (Is this a lie? It has to be, she’ll row, row, row Kylands ass out to sea where he’ll never be found!) 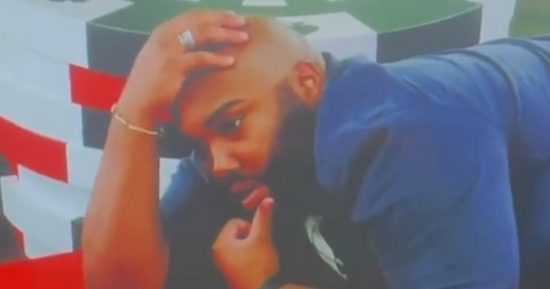 Ky talked to Xavier about putting up Tiffany with Claire and they went over the vote. They said it could get sticky because with a cookout member as hoh, if another one is otb, they’d be losing 2 votes.  (It’s already been discussed that the 6 may need to go otb with their side person)  Xavier mentioned Britini and Ky said it may be a possibility. (If Ky puts up Britini on both his hoh’s, she’s gonna lose her shit)

Alyssa told Ky she wouldn’t have put up SB and Ky if she’d won hoh. (Kyland was her target)

Xavier and Tiffany talked about being glad someone from the cook out won, even if it had to be Ky and SB got to stay longer. She admitted it was going to be hard to lose Claire so soon but she knew it would probably happen.

Tiffany went to talk to Ky and do some damage control. This was over her reaction after the HOH comp but she mostly needed to put her own spin on what happened with the potential vote flip. (Haha)  Kyland told her he’d talked to Big D, said he knew there was a problem between them but said Big D told him he was sticking with the 6. 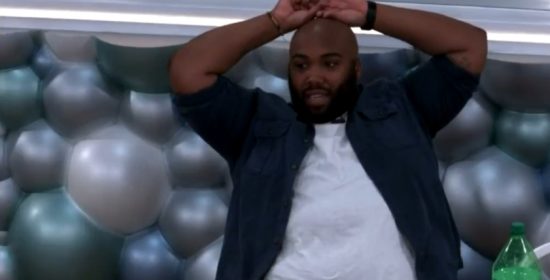 They discussed noms and Tiffany said she figured SB wasn’t an option now but knew Britini shouldn’t leave yet. (All 6 have agreed to keeping Brit longer) She said she X would be mad if Alyssa leaves right after Christian. Ky eased his way into reminding Tiffany that they’d already discussed how either SB or Claire were good options when jury started. (Ya, it’s been said but that doesn’t mean Tiffany meant it when she said it!) So far, Tiffany is sticking to her word and told Ky if it had to be Claire, it had to be Claire.  She did manage to work into the conversation she worried they might not have the votes if Tiffany was up with Claire.  He agreed with her though because he knows that would only be giving them 4 cookout members voting. Ky said he thought he was a bigger target now because of SB.  She said they all had their side person but she agreed, people were viewing Ky and SB in more of a Christian/Alyssa way. They also discussed how they don’t spend time together anymore even though they are supposed to be in a final 2 together. 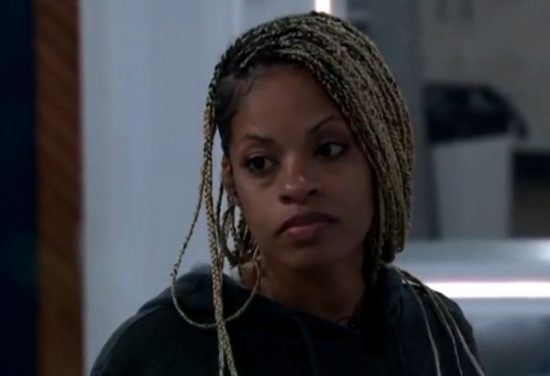 Tiffany was trying to put it on Ky that they don’t talk as much anymore and he told her he did try to talk to her and she always blew him off. He said he even felt like he came below Hannah now when it came to Tiffany. (He’s right) She asked when he tried to talk to her and she had blown him off.  He told her it happened every day.  (Lol) They both agreed to put in more effort with each other moving forward.

Kyland and Azha finally talked and she put him on the spot about continuing to choose her in the comp. It seemed like he was trying to avoid answering directly but she didn’t want to let him get away with it. He tried to say it was because Azha was on a team with Britini but she reminded him Big D was too, yet he kept picking her.  Azha also called him out on being the only one who does the talking when they have a conversation. She flat out told him she would appreciate getting a turn to speak. (Hahahaha) It was a little tense and nothing was really resolved. 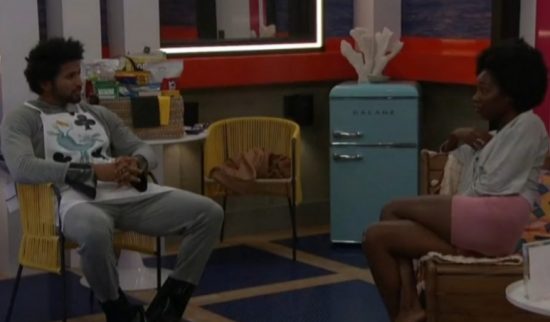 DX tried to talk Ky into targeting Xavier because…he has no idea about the cook out. (From where DX sits, he thinks taking out Alyssa or Britini would be a waste of his HOH and it would be if that was the whole story) 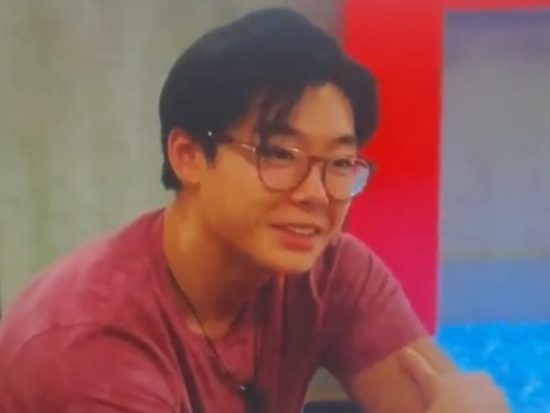 Hannah let Ky know that she’s fine if DX has to go and she knows they all have to lose their side person. She figures Ky won’t take him out this week but she’s cool if he leaves next week. (Damn, this girl is cut throat. I love her! I love DX too but damn girl!) 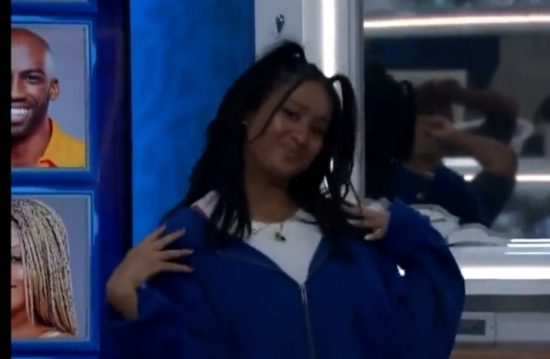 Kyland thinks it may be a good idea to let people vote on who should go otb.  I don’t know if this was supposed to be for the person who would sit beside Claire or for both nominees. (Get some sleep, Kyland!!)

There was a lot of speculation as to who might get more BB bucks to gamble with but at the moment, I’m hoping Claire gets a ton of it! Many of them think DX, Alyssa and Xavier.  Hopefully these powers aren’t too powerful and they don’t mess up the game too much. I’ve always liked the idea of letting house guests have a hint at who fans like and dislike during the season but for small rewards, not powers. However, I hope this doesn’t turn into people behaving differently because they’re trying to please us. That would just suck.

As for who should go on the block, it should be easy for them.  The way you keep your side person longer is to win HOH. If you keep losing,  your side people go first.  That’s the practical way to do it but in BB, things are never that easy because players want to have the advantage.

I’m guessing Claire and either Britini or maybe a slight chance that Alyssa will go on the block later this morning. Have a great Friday and weekend!