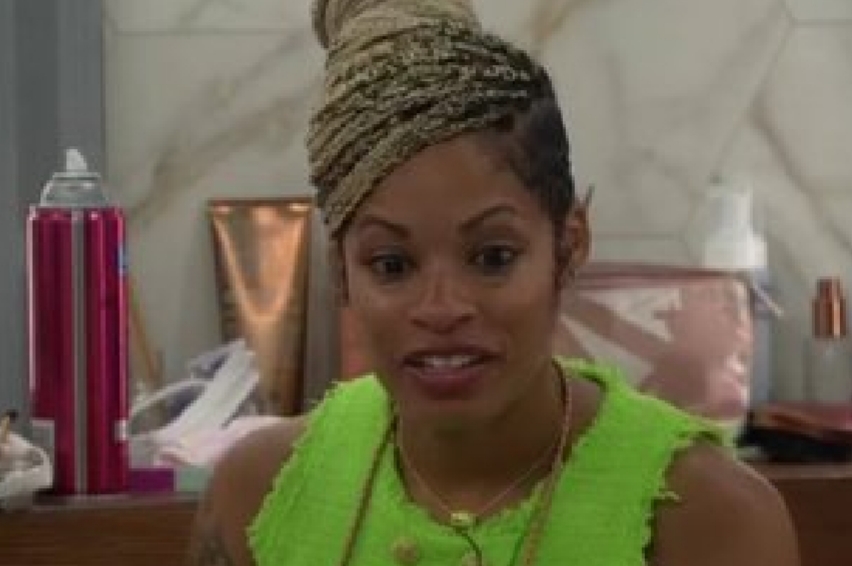 Good Friday morning BB Junkies! I almost missed last nights live show and I would’ve been so annoyed if I had. Sometimes, I have to watch the other 2 shows the next day, depending on what’s going on lately but never the Thursday episode.  We had unexpected company at the house but I was able to get rid of them before the show aired. (Yeah me!)

My husband just can’t say no to anyone and someone selling security systems knocked on the door yesterday evening. Short version: HE invited them in, told them they needed to talk to ME, (he was busy) I wasn’t gonna let that happen, politely excused myself, said I was dealing with a work issue (lie) and left him there to deal with it.  I wasn’t about to be volunteered to sit through some presentation for something I didn’t want just to avoid saying no.  Eventually, I did have to come back upstairs when I could hear he was about to purchase the damn thing! Lol

Anyway, back to the Thursday show… From what I read last night, there were some confused viewers so I want to clear up the voting situation. Yes, Hannah and Kyland voted to keep DX. Yes, Tiffany was the only person trying to keep him in the house.  She was helping DX with his campaign in the hopes he could persuade enough people in the Cook Out to keep him. That didn’t happen and it was decided by the majority of the 6 that DX would be evicted. They knew in advance Hannah and Kyland would be giving him sympathy votes and that’s all they were. Neither of them would have done it if they thought it could flip it and have DX stay. Why would Tiffany vote to keep him and go against Claire when she knew Claire would be staying in the house?

As usual, the show didn’t do a good job of explaining it. (I AM curious if Claire will find out how hard Tiffany was trying to keep DX over her)

What’s up with Julie this year too?  I crack up every Thursday over the shit that comes out of her mouth!  It made sense when she asked to call Derek F, Big D but then she wanted to call Britini, Bri-ti-ti.  wtf?  Now she wants to call Derek X, Baby D. That’s not exactly a nickname DX wanted, I think it’s one he just tolerated. He’s never asked to be called that the way Derek F asked to be called Big D AND the hg’s don’t usually say it to DX.  It’s something they say when they’re referring to him. 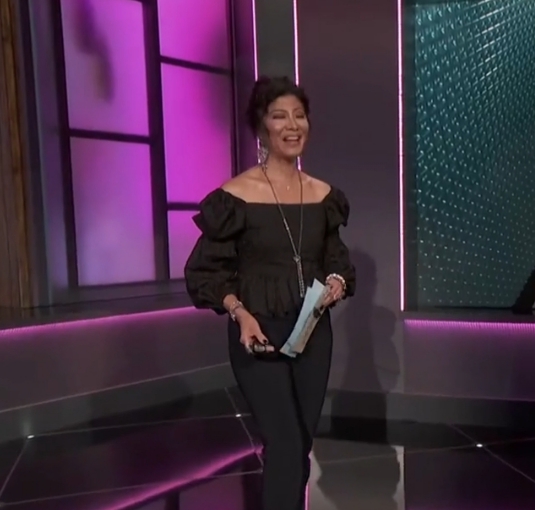 The paint speckled sweatshirt that DX wears alot has been backordered now on Abercrombie & Fitch’s website because so many people having been trying to order it. Lol (He left it there for Hannah…I know this is the exciting stuff that has you on the edge of your seats!) He left things for Tiffany and Claire too.

While I’m at it, this was trending last night at #2:

It was ridiculous when Julie made sure to tell the viewers their faves weren’t leaving because of the twist.  Of course, that’s not true and when do they ever feel the need to say something like that? It’s when they know their twist failed and actually backfired. (Aaaarrrggg, I just fucked up the font size again, sorry!)

I really liked the idea of a punishment that involved being separated from everyone until the moment they voted. (See, twists don’t work but punishments are sometimes cool)  This one didn’t really make a difference but it could have in a different situation. That’s what I liked about it. Of course, I also liked seeing Lucius strut his stuff. I’ll admit, the humor of it was probably lost on the tv audience because they didn’t have a reference for it. 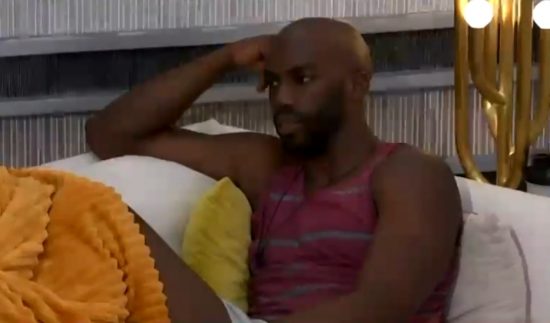 The distance Xavier had to walk took away from it too but if you’d seen a clip of this already and the walk had been shorter, I think it would’ve hit. (Maybe not, maybe I just like Lucious) 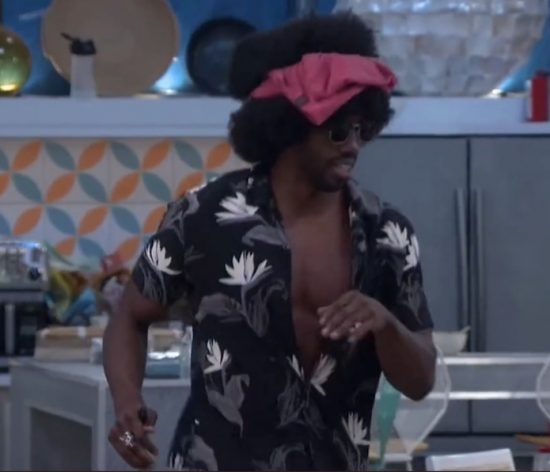 If this supposed triple happens again this season, we’ll be let down by it again.  It was stupid last year and it will be again. An hours worth of excitement isn’t worth giving up a week of gameplay at an important time in the season.  We were so sick of the steamroll last year and unlike this year, that actually WAS a steamroll.  We sat patiently, waiting for the week Cody had to choose between Danielle and Nicole. Did we get our week of drama? Nope. Danielle was out before we had time to blink.  It looks like they’ll have this triple just when the Cook Out is starting to go after each other. Doubles barely work and Triples NEVER work. Oh well…on to other things.

We have a new HOH and it’s…..Tiffany! (Yeah!!!) I always say I don’t care who wins and I still don’t.  It doesn’t mean I don’t have my favorites and it’s no secret, Tiffany is definitely one of them. 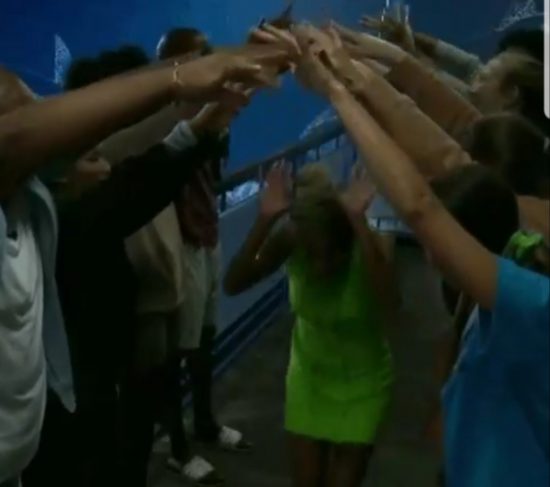 I thought Hannah was going to win it because with Tiffany, Alyssa and Hannah as the last 3, I was expecting it to go to a tiebreaker. Those are usually math and I thought Hannah would have the edge. I was also wondering if Ky threw it or just answered wrong.  He was planning on throwing it but I didn’t think he’d do it before Alyssa was out. 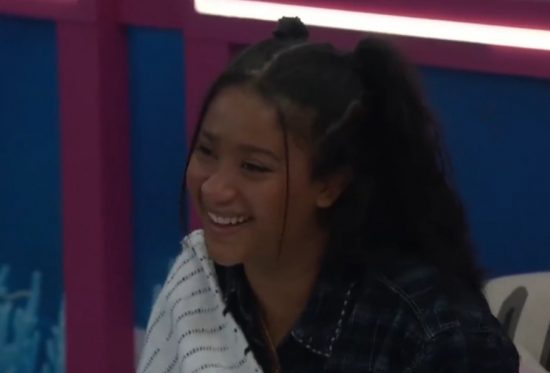 Hannah and Alyssa both discussed knowing the answer to the last question but during the comp, they misinterpreted the question and that’s what caused them both to get it wrong. It’s probably true because Tiffany thanked Hannah and said the information Hannah gave her was the only reason she won it.  I know Hannah was anxious for a win but she obviously didn’t mind Tiffany getting it. Alyssa on the other hand, was pretty bummed. 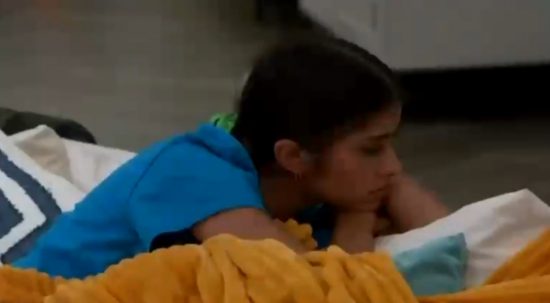 I guess Alyssa wants to win one that’s actually a win. In her defense, she does think Hannah played for the roulette power so she doesn’t know she didn’t have any competition. Big D tried to tell her Hannah didnt play but she argued with him about it. (There’s no way she could admit that might have happened because she made too big a deal over winning)

Ok, I’m taking forever to get to the recap.  This isn’t a Kyland HOH so last night wasn’t nearly as long and drawn out. (even tho he tried to make it that way) Besides that, Tiffany already knows what she’s doing and it’s pretty straightforward. It leaves me with less game talk to actually recap. Here’s my summary of the talk from last night:

Tiffany should be putting Sarah Beth and Kyland on the block with SB as the target. If SB wins a veto this week, I’d imagine the target will be Alyssa.  We don’t have any idea how the coin of destiny will change things but hopefully (my opinion) it won’t do too much. With the announcement that the house guests were given random envelopes with money, Big D and Hannah are certain to be eligible to play. Alyssa and Xavier for sure will not. (talk about them wanting to just get a power over with or at least not be another flop, I wonder who came up with the idea of just randomly handing out envelopes, riveting stuff)

Yesterday, I said I was going to give my votes to Hannah but it was only because she had the best chance to play against Big D and I didn’t want him to win it. Once Tiffany became the HOH, I gave my votes to Claire. It’s not like she’s going to do anything against Tiffany so if she wins it, it could be as if there is no twist this week.

SB is a good target for Tiffany but the reason I think Alyssa could be a better one is because of X.  I already think he’s the front runner for right now to win the season. He’s also the most reluctant to let his side person go and for that reason, I think she should go first. Check back later for Steve’s updates and….