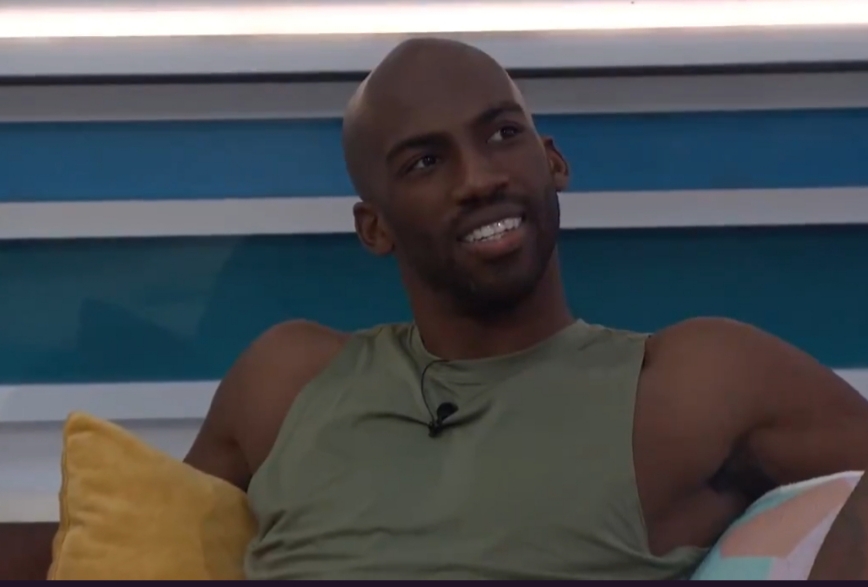 Good morning BB Junkies! We survived watching the 2nd double eviction last night (barely) and I’m afraid we’re heading towards a slow crawl to the end. After losing Tiffany and Hannah in one night, it should just be a matter of who sits beside Xavier in those F2 chairs….will it be Derek or Kyland?

Before doing my recap, I want to give a big thank you to Michelle for your donation!! I didn’t know I wouldn’t have a recap yesterday or I would’ve been able to thank you before now.

Here’s my rundown of the DE and some questions too:

Ya’ll know, I was pissed this week listening to the guys trash the womens games and talking about them like they didn’t contribute anything.  There was also a lot of talk last night online, blaming the guys for having huge egos and cutting the women.  I got tired of listening to the guys this week too because they were wrong and only trying to pump up their egos but I want to be clear about something. (This is obviously just my opinion and you may not share it)  Yes, guys like Kyland, Xavier and Derek don’t think the women “deserve” to be in the F3 and yes, Big Brother has a track record of the guys teaming up and knocking off the women. If you go back over all the seasons when this has happened, they usually have one thing in common. There’s a woman somewhere in the mix, who propels the mens’ games forward and sacrifices their own in the process. It’s usually someone who just doesn’t want to work with the women, thinks they can win without them,  convinces themselves this time the guys won’t betray me or they don’t even care if they win.

My point is, can we really just blame the men for doing this if Azha is standing there helping them do it? If you wanted the women to work together, who’s really to blame? Is it the men or is it Azha for saying repeatedly, she wanted to help Derek and Xavier get to the F3 and then she’d bow out and be happy with them winning?  Is it Tiffany for not spending more time working on her relationship with Azha to prevent this from happening?  Is it Hannah’s fault too? Yes, Azha’s had an irrational dislike for Hannah all season but Hannah didn’t talk much game to Azha either to try and change it. 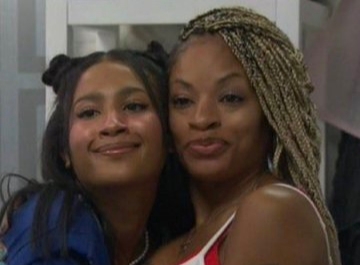 I only cared about the men vs the women (and only recently) because I wanted Tiffany or Hannah to win the game. For me, it’s not about a woman winning or an all girls alliance or any of that stuff. I don’t know if I should but I simply don’t care. It just boiled down to the fact that the people I wanted to win happened to be women.  If Derek X had managed to stick around longer, I’d have been rooting for him too. I’m also rooting for Xavier now, not Azha. I was kind of still rooting for Kyland (back and forth on that one) since he makes nutty moves but that ended completely last night.  The only thing I’m really hoping for regarding Kyland at this point is how he gets evicted. I desperately want Xavier to be the one to take him out.  I just don’t think I’ll be satisfied with Ky losing to X in a F2. For some reason, I need him to know he made a stupid decision and I need him to know it very clearly. On the other hand, that would probably put Derek in a F2 chair so…nevermind.

Anyway, back to Azha.  It seemed like she was having a bit of buyers remorse last night.  (Suck it up buttercup, this is what you said you wanted and now you’ve got it) 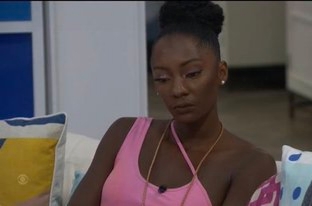 As for recapping the activity on the feeds after they came back last night, there wasn’t really alot. They were preparing some food, laying around and planned to go to bed early. I think the activity over the past couple days had them feeling wiped out. Here’s what little I do have:

Derek told X that Azha asked Derek if he had a F3 with Ky and X. He said he didn’t but said he told her he did have seperate deals with both of them. (She’d already asked him this earlier in the week, he’d said no and he got mad at her for even asking, so this isn’t really new) He said Azha got upset and asked if she’d have to win the veto now or she’d be the one leaving. (no shit)  Derek said he told her “yeah.” Derek said, he was afraid if Azha won the veto, she wouldn’t keep him now. Apparently, while talking to Azha, he’d said he was torn over the decision he’d have to make if he won the veto.  I guess he was letting her know she may leave at 4. (Not sure) Derek kept spiraling and Xavier told him to stop talking about it and told him he was only going to make it worse for himself. Xavier also told him he didn’t see Azha getting rid of Derek. (me either)  There was definitely some conversation between Azha and Derek but I don’t know if this is really how it went or if this is Derek’s usual paranoia the minute after anyone wins hoh this season. Derek told Xavier that Azha said she didn’t make a deal for a F3 that included Kyland. He said she told him, she made a F3 with Derek and Xavier only.  (Hhmmmmm, I wonder what Azha could’ve done to make sure Ky wasn’t in the house to be included in a F3?) 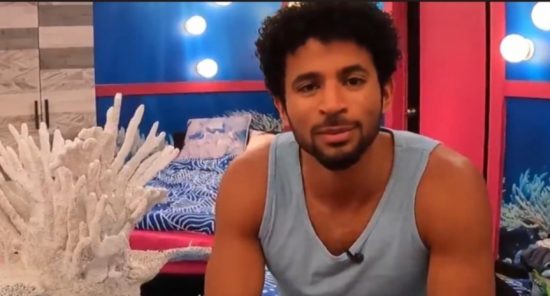 While talking to Kyland and Xavier, Derek said Azha was mad because Derek had considered sending Azha home. Ky said Derek switched back so she shouldn’t be upset. (??) 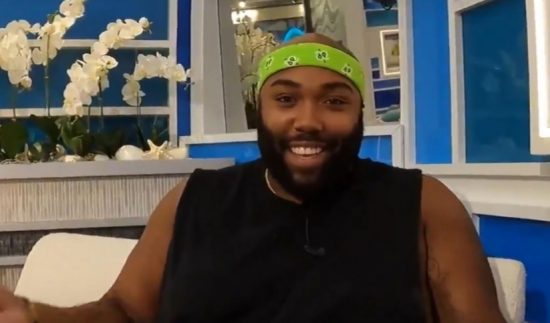 I don’t think Azha was regretting getting rid of Hannah but I could be wrong. I think she’s upset that Kyland staying longer than her is even an option. (It’s funny how that works when you keep someone in the house) The best I could make out of this is that she’s still fine losing to Derek or Xavier, she just doesn’t want to lose to Kyland.  When Hannah left, there was also that moment of the guys congratulating each other with Azha standing off to the side. Maybe that was a wake up call too. Hopefully, we’ll learn more today and during the episode tonight.

Sorry guys, sometimes I miss some things so after watching more, I’m just going to add this at the end. It seems Derek is in his own reality again.  I think it’s mostly his guilt amplifying Azha’s reactions to things because he knows he’s planning on kicking her out next. Xavier had a talk with Derek about getting rid of Ky this week, if possible. Derek isn’t on board with this plan at all. I think he’s also freaking out because it just hit him that he may have to be the vote to do it. He’s fine screwing over Azha but he’s having a hard time knowing he’ll have to possibly go against either Ky or X. Derek wants to keep the guy who doesn’t want to take him to F2 and get rid of the person who does want to go with him. If Ky wins the vetos it won’t matter anyway. If X wins it, will he take Azha off the block and put Derek up? She’s very willing to evict Ky and Derek isn’t. Maybe this week won’t be too boring after all.