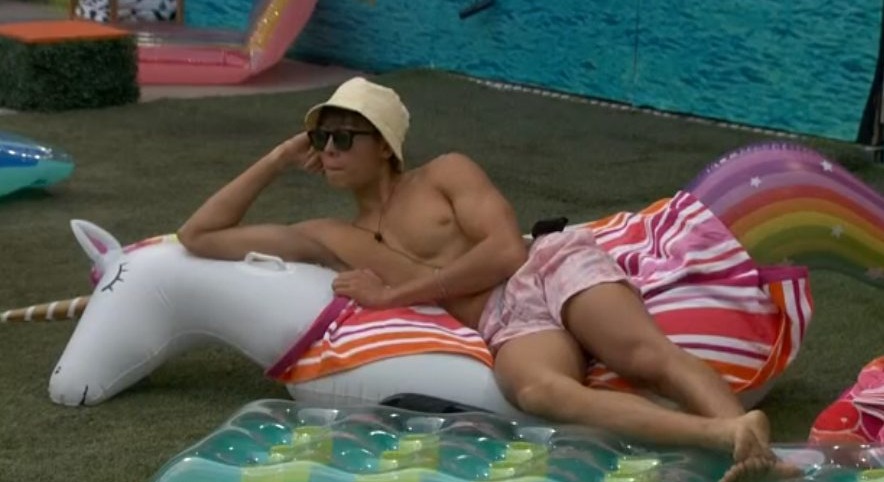 What a week yesterday was in the Big Brother house. Frenchie is making his mark on this season which is great for us, but very bad for him.  He has this house swirling because it’s typical to start seasons off slow and just evict some random person who was mostly forgettable to begin with. It’s safe, it’s easy, it’s clean.

Does Frenchie go that route with his HoH?  Not even close.  He began by telling people that he had no intentions of evicting a female or a person of color. This automatically narrowed the list down to 3-4 people with the snap of his finger (I say 3-4 because there is debate whether DerekX is considered a person of color. I really don’t want to get into that topic and hate that Frenchie even brought it up. But, for the sake of using his logic this week, I’m going to include DerekX in the non ‘people of color’ group).

Seriously, so fucking ridiculous this is a thing. Nobody should be safe or be a target based on the color of their skin and Frenchie is a damned fool for even mentioning it. This was supposed to be the season where race wasn’t an issue, but CBS pushed the issue so far on the houseguests that people are going out of their way to make moves around it. And yes, I blame CBS because I am certain they drilled it in their heads during quarantine about the sensitive racial issues the last few seasons so nobody wants to be the next Aryn or Jackson.  So now players are going too far to not look racist which ironically makes them look terrible and/or stupid (ie Frenchie).

Speaking of CBS, this is apparently going to be another season where they block out the best stuff on the feeds.  That happened last night when, after a day of all this gossip, Frenchie finally pulled DerekX into the HoH room to confront him on the rumors.  The second he entered the room and they began to chat, the feeds cut for 30 minutes and all four returned to just the backyard group chatting.  So, I gave it two days of pushing the feeds, but you won’t see me pushing the live feed links in my blog posts. I simply can’t recommend a poor product. Not when it comes to people actually spending their money on it.

Moving on to the actual game, let’s try to recap it doing what I do best, randomly throw out thoughts into bullet points

Basically, it was a wild first full day in the Big Brother house. And despite CBS trying their best to ruin it, it was still very entertaining.  Noms are likely this afternoon which should bring some more entertainment!  I will begin my live feed thread once feeds return and we actually have noms.