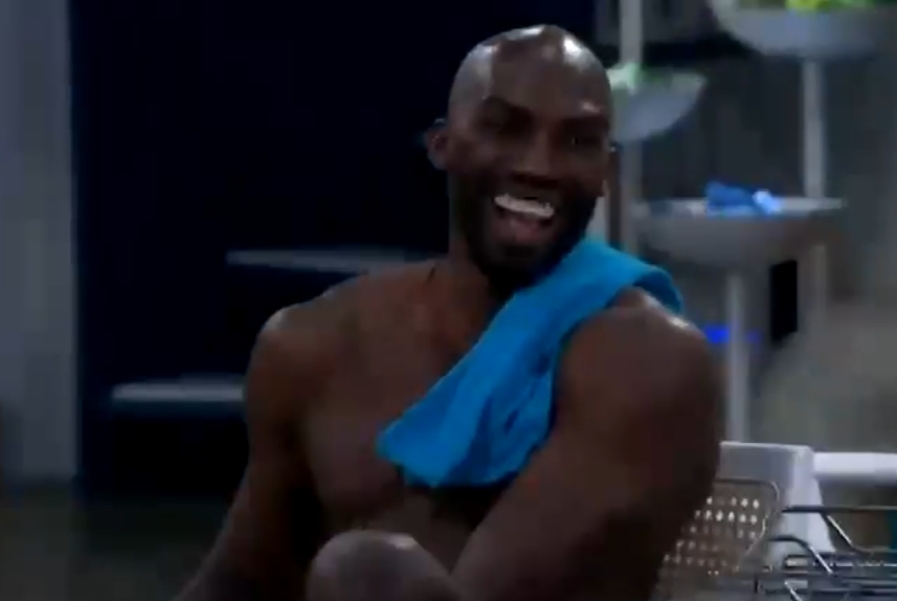 Mornin’ my BB Junkies! I’d like to say yesterday had me on the edge of my seat buuuutttttt, it didn’t. Hey, every day can’t be a feeds party. Yesterday was more like the hangover day after a party. (Boy, do I remember hangovers!)  I wonder how many people in their 20’s look at hangovers as a challenge.  I’m not saying that only happens in your 20’s but it just seems to be a decade where you go out of your way to torture yourself. Rather than learning, you tend to say ‘You will not defeat me!’ or ‘I accept this challenge….again!’  (I swear I’m not drunk this morning and have no idea where that came from)

I did warn you, it wasn’t a busy day on the feeds. There may have been an accident or a small fire in the house or something?? Xavier made a comment about having to rewash all the dishes because of the fire extinguisher and Hannah’s arm was also bandaged.  It wasn’t the kind of bandage you’d normally use for a burn so I don’t know what the hell happened. I’m going to guess whatever it was, it wasn’t too big of a deal because it didn’t seem to be a topic in the house. (They should’ve called Sam) 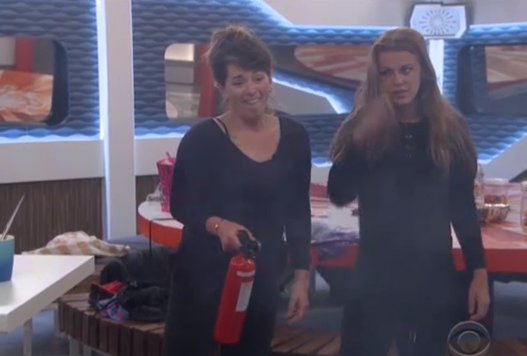 The best thing I saw last night was a Twitter thread of people digging up Kylands old customer service complaints to a TON of different companies and it was hilarious Here’s a couple of my favorites Tweets: (it was pretty good natured)

We haven’t had much of that stuff this season and as long as it stays harmless, I enjoy it. Remember the clip of Holly at the Miss Wyoming pageant? “Holly Allen, 24, Wyoming.”  A couple years before that, there was Raven and cataloging all her illnesses. (good times) 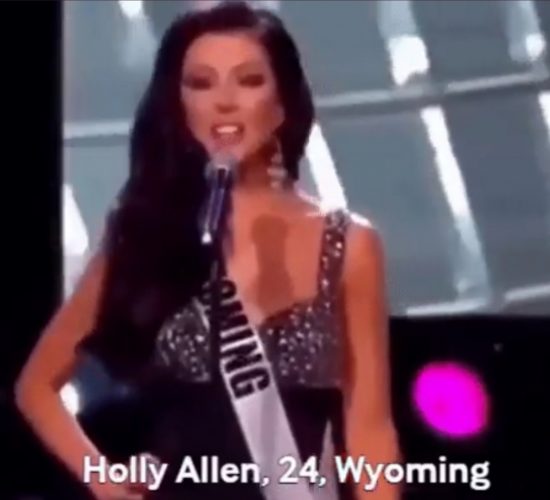 The only thing I really noticed making the rounds this season was a bunch of videos of Sarah Beth in her cosplay costumes performing songs. It’s not my cup of tea but if people who didn’t like her thought they were gonna drag her on Twitter with those, they may have to dig deeper. They were silly and cute and if it’s something she’s into, go for it. You do you, SB!

I don’t know how many of you have have seen the clip that’s been circulating of Tiffany saying “fuck Sarah Beth and I said that shit.” It cracks me up every time I watch it. If it wasn’t for having grand kids around so often, I swear I’d make it my ringtone. Tiffany made the comment one night when the hg’s were sitting around assigning everyone animals to represent them. I think Sarah Beth suggested a Llama or something similar for Tiffany. (This was after it was suggested Sarah Beth was a sloth) Anyway, I’d put the clip on here if I knew how but ad you all know….I don’t. (Sometimes, it boggles my mind that Steve keeps me around. Anyone who assists someone with blogging on a website should be able to operate a computer, wouldn’t you think?  Let’s just say, Steve is a very kind man) Here’s a screenshot of it and another Tweet someone made about it:

Side note:  I don’t get the worry over the “sympathy” votes.  Other than wanting Ky to stay on the block because he’s pissed everyone off, they don’t want him to give SB a sympathy vote, when he also got to give one to DX. It isn’t a good argument for Ky because quite frankly, if SB isn’t bitter, I don’t see her voting for anyone at the end over Ky, if he’s in the F2. If she IS bitter, there’s no damn sympathy vote that’s gonna help him with SB. On the flip side, why does everyone else care? These aren’t stupid players so once the alliance comes out, people will know they were ONLY sympathy votes and not real ones!

Speaking of them not being stupid players, there’s one thing that’s had me shaking my head for weeks. Most of this cast are BB fans. They’re aware there wasn’t a battleback last season and they know why. Why in the hell can’t they figure out there might not be one this year and for the same reason?  I did finally hear Xavier say they probably wouldn’t have one because of covid but that’s about it.  The reason they decided not to out the Cook Out in their goodbye messages was over a potential battleback.  That’s a smart decision and I’m not saying it isn’t. I’m only saying, how can a group of people who are so tuned in to the comps, the schedule and so on not even consider the possibility there might not be a battle back this year? Anyway, moving on…

Side note #2: He does have a chance, it’s called winning the comp!  I’m not against throwing comps for strategic reasons. Once SB is gone, Ky can take out Claire or Alyssa just as easily as Derek or Azha can.  He won’t have a conflict of interest anymore. Ky’s probably nervous sitting otb but he’s also worried about his own end game and looking more impressive than Xavier to the jury. Ky also can’t stand that his fate has been in the hands of Tiffany and Hannah this week. As long as no one in the Cook Out wins it who can’t or won’t put up their side person, why does it matter? For example, Xavier doesn’t have any business winning it because of Alyssa. It’s also why Tiffany will throw it, even tho she can play for it again. 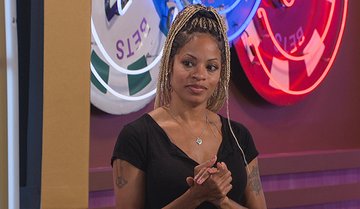 I think I may be in the minority opinion on something about Claire. I truly don’t believe Claire has a clue about the Cook Out. I don’t think it’s a situation where she knows it but doesn’t want to say it out loud, blah, blah, blah. Yes, she and Derek X jokingly referred to something like that in a conversation before. DX has confirmed in interviews that it was a joke and neither were seriously considering a larger alliance controlling everything.  He said he and Claire always saw the house as having 2 sides. Even after an interviewer asked DX a leading question, he still didn’t have the group figured out. On top of that, let’s say it were true that Claire had figured the alliance out but feared saying anything about it. (Where’s the fear of suggesting it anyway? Alyssa and Christian have made plenty of remarks about it this season.  Neither of them felt like they were actually onto something) If Claire knew, why didn’t she make different noms this week? She could’ve changed the noms and made up some other reason for them if she’d wanted. I’m telling you, Claire doesn’t know. I don’t mind taking that position because like the Coin of Destiny, there’s a 50% chance I’m right. If I’m wrong, it won’t be the first time and I can live with that too.