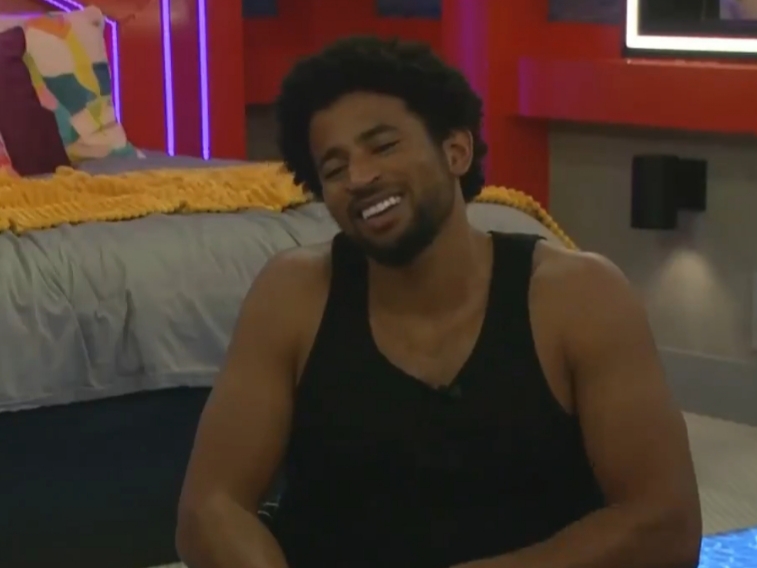 Good morning, I hope everyone had a great weekend! I had already mentioned to Steve that I wouldn’t be able to recap on the weekends, at least for now but failed to mention it in my last post. It may not matter anyway because of the house schedule. The feeds are usually down a long time for the Veto comp on Saturdays and with this years Wild Card comp, it makes it even longer.

I’ll have to figure out what I cover on Mondays as I go along because I don’t see the need to go over the entire weekend again. Suggestions would be appreciated at this point because I’m sleep deprived and my brain is definitely not functioning properly!

Speaking of appreciation, thank you James for your generous donation on Friday! Maybe it was Thursday but I know I’d already finished my recap before I saw it. 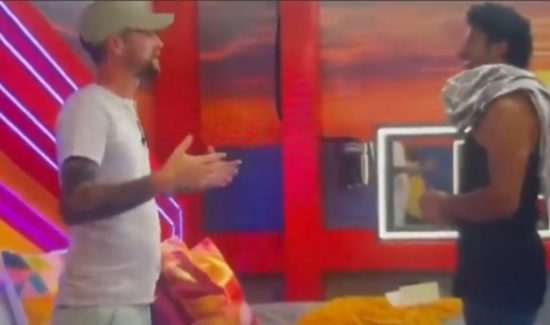 For now, I’ll just touch on some of what happened over the weekend.  As you already know, Kyland is the HOH, he put Britini and French dip on the block,  Sarah Beth won the wild card com and Derek X won the veto. Kylands hoh is going the way Frenchie had hoped his would.

Britini was upset to be put up but assured Kyland she would not retaliate. I guess we’ll have to wait and see about that one.

I have to say, when I heard how Kyland was going to do his hoh meetings, I saw a disaster in the making. (He pretty much held meetings the first day in order to set up actual meetings for the following day) He’s already such a nice guy and I didn’t think he would get much info from doing such fast paced meetings.  It felt a like speed dating event but it actually had the opposite effect of what I had predicted. People seemed to feel so rushed, there wasn’t alot of time to think so they just spilled for the most part. Of course, after Frenchies hoh, the bar was set pretty low. I know Derek X was stressed because he didn’t have time to give his big pitch he’d prepared with Tiffany and Claire.  It ended up not mattering because Frenchie went up anyway.

Frenchie blew up the Slaughterhouse alliance or tried to but most of the house already knew. The members of Slaughterhouse threw Frenchie under the bus 1 by 1. 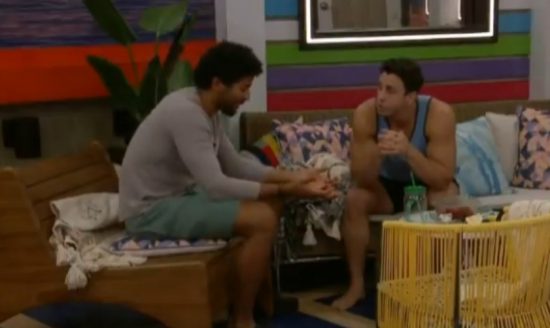 Personally, I agree with Tiffany, that Brent could be a bigger threat than Frenchie but maybe not as much for Kyland.  I mean, the man just tried to get Kyland evicted.  French dressing took it about as well as you would expect. He went from wanting to save Britini and being a martyr to wanting a power from us because he’s sure he is AFP to thinking about self eviction.

I know French poodle is an easy and obvious choice for one the names I could call Frenchie but that one’s not gonna happen. I have a poodle that’s 70 pounds of fluff and love.  It’s bad enough that his name is Jackson and I’m not going to make it worse by having to think of Frenchie when I look at him.  (For the record, I had my Jackson before BB21 and my dog does not eat watermelon! He’s not an asshole either.)

Christian and Alyssa are basically inseparable at this point and Brent seems too obsessed with Hannah.  It’s like he can’t accept or believe that no one wants to sho-mance him. Derek F is almost as delusional as Frenchie. He thinks he’s somehow running the game by never leaving his seat. He screwed up by denying he was a part of Slaughterhouse after it was already out. It wasn’t that hard to figure out and Claire and Tiffany know. Xavier needs to watch out because Derek F has already said he thought X was an lawyer. If you get caught lying about your job, sometimes it’s hard to keep peoples trust. That’s another one where we’ll have to wait and see what happens.

Tiffany is playing hard and she’s giving me everything I want to see in a player. (I’m not saying she’s the only one playing hard tho)  I’m glad the episode last night had so much of her in it because she’s a delight. 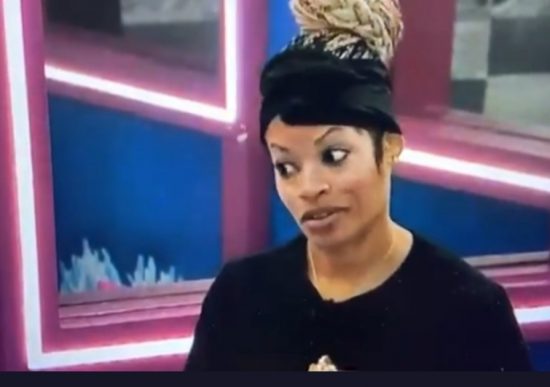 OK, I know this wasn’t really a recap. I’m not even sure what it was but I’ll do better, I promise!