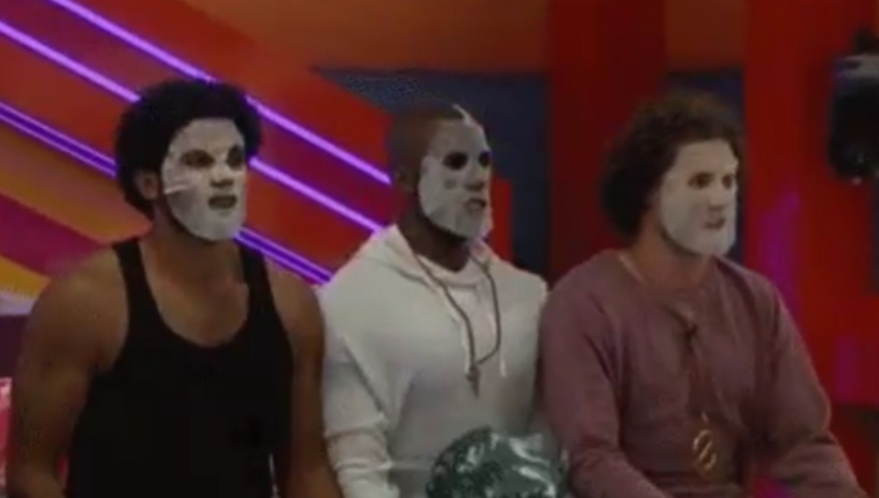 Good morning all! Today might be a quicker one because my backordered bathtub is finally in and I have to go pick it up this morning! I also have floors now so yeah me!! Thanks for your patience with me this season too. It’s been a long time since I’ve been this tired.  For example, I’d mentioned not being able to recap on the weekends for awhile. Obviously, I’d ran this by Steve in advance but I did do a recap Saturday morning which may have puzzled him. Full disclosure: It’s because, when I woke up on Saturday, I thought it was Friday! I was scrambling and cussing myself for not taking enough notes the night before. Friday night Mel knew I didn’t need them but Saturday morning Mel didn’t have shit figured out. (I must have Steve so confused)

The plan seems set for the week but that hasn’t made for a boring house. There are so many gamers this season, it’s fun watching them try to outmaneuver each other and position themselves better for the following weeks. This is the main reason the alliances are harder to keep up with this year. When Tiffany, for example, sees someone like Derek X shifting his game to help himself a couple weeks from now, she starts adjusting hers to match. This is the true human chess piece game of BB that we’ve gotten away from over the years. I love it and I love watching people play for 2 weeks from now, not just the moment in front of them. (Talking to you Britini) 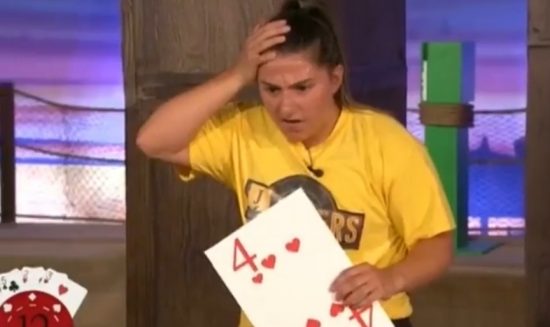 Here’s a summary of what’s happening. (I have no idea how I changed the font size just now, geez, I’m so bad at this) The Queens (Kyland, Claire, Tiffany) are the center of the house. Everyone is working with them and (mostly) everyone trusts them. The Kings (Xavier, Sarah Beth, Christian, Alyssa) and Aces (Whitney, Brent, Derek X, Hannah) are about to attack each other while the Queens wait to see who remains. Waiting isn’t accurate or enough for these gamers, they’re actually trying to direct it and have the people taken out that they’d like removed from their human chess board. The Jokers (Big D, Azha, Britini) are a week behind with pretty much everything that’s going on. 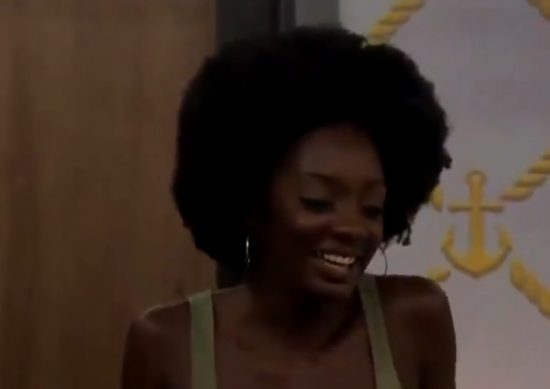 Why do ya think Azha and Britini are still pissed over girls alliance rumors? (Ladies, NO ONE CARES!)

You guys may have already thought about this but this didnt occur to me until recently. (Oh, look at that, the font size changed back) BB has chosen the Queens, Kings, Aces and Jokers as team names. Do you think they avoided the obvious choice of Jack’s and chose Jokers instead because of Jackson? (In my world, that’s why)  I also think naming the Wild Card comp what they did is confusing. I thought Jokers were the same as Wild Cards. Is this wrong? While I’m at it, they have all these sharks in the house. If they’re there for the nautical part of the theme, it makes sense. If it’s for the gambling part, they’re wrong because the term is card sharp, not card shark. (I’ve said before, this is the kind of shit that keeps my brain going when I’m trying to sleep at night) Don’t you wish your brain had an on/off switch like a vacuum cleaner or a table saw? (Side note: I got a mitre saw for mothers day and was thrilled. We hadn’t bought a house yet so I didn’t know how useful it would be at the time. Baseboards, here I come…)

Anyway, Derek X has gone from just being happy to be included to wanting to make his own moves. He put in work this weekend trying to convince the Kings (Christian, Alyssa) they should throw the comp to the Aces (Whitney, Hannah) but he knows that Whitney and Hannah would actually go after Chriatian and Alyssa. This caused the group of Claire, Tiffany, Kyland and Derek X to butt heads a bit in a meeting early this morning. Derek X thinks they should throw the hoh to Whitney and they would rather throw to Alyssa. The Queens aren’t ready to take out the shomance just yet. They’d rather Whitney leave next. They were also annoyed with Derek X for telling Azha that he threw the comp. They’re kind of blaming him for Azha being upset. (I thought everyone knew Derek was throwing it but maybe not) Derek X was telling them Whitney and Hannah would be loyal because they feel the Mafia alliance (the one Brent is in that’s fake) is who they want to be loyal to….minus Brent. No one is really wrong here because they don’t all have the same goal. Speaking of Brent:

Kyland is worried the Aces are lying to Derek and would really try to go after him. They gave their group of 4 (Ky, Tiff, Claire, DX) a name and it’s the Detectives. 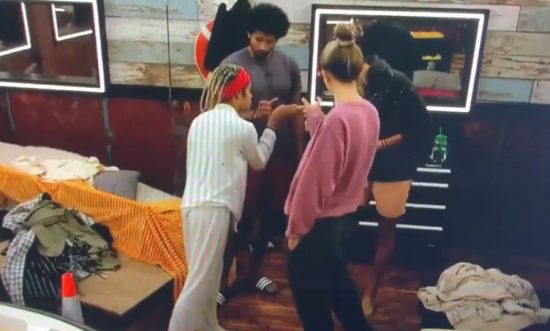 You also have the Cookout which is trying to hold on but after Azhas way of playing has become more obvious, they’re trying to work with her without talking game to her as much. 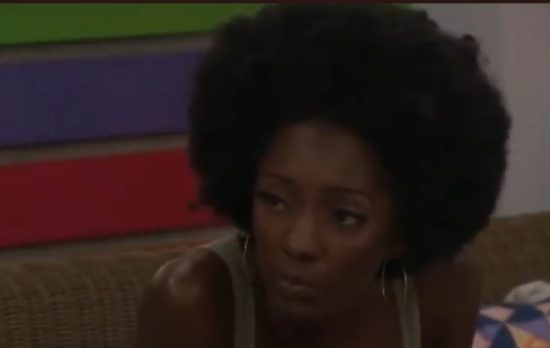 This is part of why Azha had been so angry so I’m not sure it’s the best plan. She feels she was left in the dark on the details.  Big D is also in the cookout but he still has some leftover Frenchie brain fog so they have to work around that too. 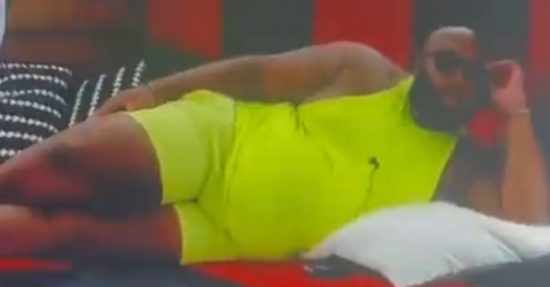 Regarding the situation with Azha, the Cookout kind of screwed this up. Yes, the entire house agreed to take out Brent but maybe they should’ve been more up front with Azha over how they were going to do it. On the flip side, Azha has all these reasons why she was pissed at everyone but it really boils down to one thing.

Azha’s fine with everyone in the cookout having a side person. She was actually the first one to suggest it and to suggest they not meet together often. She’s really just mad that her side person is in danger instead of someone else’s side person. Well, that’s what happens when you don’t take any power in the game. You can get it by winning like Xavier and Kyland or you can have it without winning like Tiffany. Having power the way Tiffany has it, requires A LOT of work. It’s work that Azha simply hasn’t done. Azha did at least tell Britini she didn’t think is was a good idea to give Xavier ultimatums while he’s hoh and she’s otb. Haha 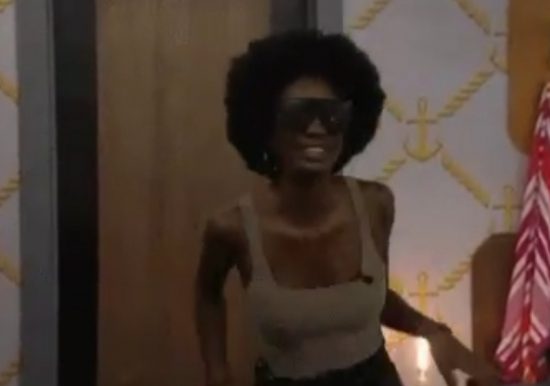 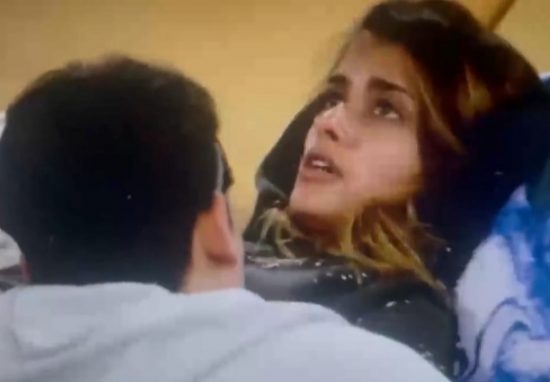 Britini has completely lost it! She wanted to make Xavier apologize in front of the entire house for his nom speech. You know, the one that made her sound like the target, the one Britini knew was false and no one believed anyway because they were in on it. Ya, that one.  She wants someone else chosen to sit on the block. (My thought, I’d tell her if I was going to do it, she has to name the person she thinks should replace her….in front of the entire house too) She also wanted Christian to use the veto on her and pretty much wanted to demand it. Her proposal was going to be ‘you better use it and, um, I won’t promise you any safety in return.’ She’s also tired of “everyone” constantly saying she’s a comp beast. (Britini is the only person I’ve heard call Britini a comp beast by the way) 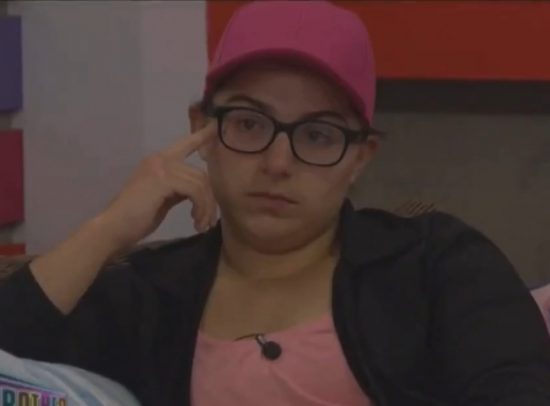 Her best moment of irritation came over the weekend when she yelled from the toilet that someone kept putting the toilet paper on upside down. She yelled “it’s over, it’s always over, who keeps doing this?” (I’m with Britini on this one. It should unroll from the top imo but it was pointed out to me that it’s easier to unroll with one hand if it’s under. Personally, I’m not trying to do any one handed fancy Olympic style potty tricks myself, so I prefer over) No matter your tp preference, this was funny. She also decided she was going to tell everyone she wanted a 21 day “contingency plan” to not be put on the block by anyone since she’s already done it twice. (I think she means she wants a reprieve) Britini is going to end up being a casualty and probably pretty soon but she’s given me some entertainment. I like her, in spite of her list of demands.

Britini did eventually meet up with Xavier and Christian. It was much milder than she’d said it would go. In the end, Xavier said Christian wouldn’t be using the veto and that was that. None of her points ever had anything to do with why it would be good for Chriatian or Xavier. She and Azha don’t get that ‘I don’t like it’ and ‘it makes me feel bad’ just arnt good arguements. Britini finally seemed to move on and is working on her new Thuraday rap. She’s been advised by Derek F that she shouldn’t rap twice but it would appear she has her own thoughts on this matter.

That’s it for me except for mentioning that Xavier may have been onto something. We mostly thought it was pointless for him to trick Brent this week. Brent saw thru the pawn part but the trickery comes from him thinking he has the votes to stay. Brent tried to get Xavier to admit he wasn’t a pawn but Xavier wouldn’t. He later explained that if he didnt confirm it, he left Brent without the ability to fully game.  Now that I’ve seen it play out, I agree with him. Brent can think what he thinks but without that confirmation, he’s limited with how far he can take it. It leaves the door open for the small chance that he really could be a pawn and might blow up his own game by doing too much. This didn’t end up being a short one after all and sorry about all the font size craziness today.