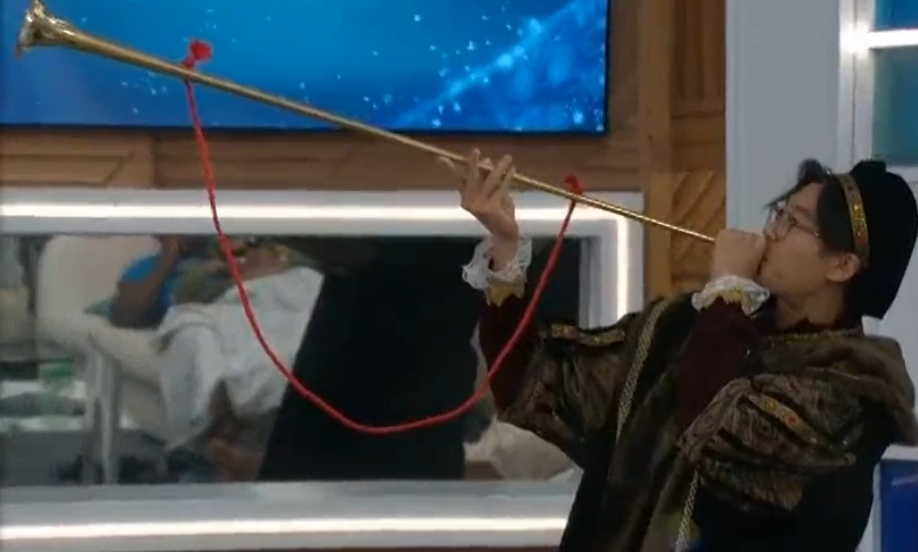 Good morning, I hope everyone had a great weekend. For those waiting for a week where it wasn’t determined early who’d leave, you may have gotten it this week. (Personally, I still feel last week fit that description too but I know not everyone agrees. I say it does because the target last week WAS Hannah, not Whitney. There was alot of work put in to convince people Whitney should leave.)

Anyway, that was last week and so far, this week is more fun. I last recapped after DX won the hoh and we were anticipating a messy week….it’s here. Before I get going, I want to give a big thank you to Mary Beth for donating so thank you. I really appreciate it! Alot happened this weekend so this may be a long one!

Highlights from the weekend:

DX was mad at himself for caving in the moment. He said later, he’d always said if he was in that situation, he’d take the money.  He was simply upset with himself because he didn’t do it. Tiffany isn’t nearly as offended as she has pretended to be. This has just given her more ammunition to use against SB. Alyssa seemed the most upset over it and in my opinion, had the most right to be upset. Sure, with SB out of the comp early, she wasn’t going to be able to keep the veto if she’d taken it. Still, by taking the money, with Alyssa still competing, it was almost as if SB was saying ‘hey, you go win this for me while I sit here with some money.’  Even if this wasn’t a reality, it just didn’t look good.  There’s always a chance the person who ends up with the veto would rather have the money because they think SB is a pawn and let her keep it. It doesn’t matter because for optics, if you’re on the block, you have to go for the veto. Otherwise, it looks like you arn’t trying to save yourself. I don’t fault her for taking the 5k, it just wasn’t a smart game move.

Tiffany talked to the cameras and said Alyssa plans to go after Kyland and DX. She doesn’t want either of them out this soon. She said she’s fine losing Christian. She also said Alyssa may even need to go before SB. I know it’s early and Tiffany may get found out but until it happens, she’s laughing all the way to the end of this game. 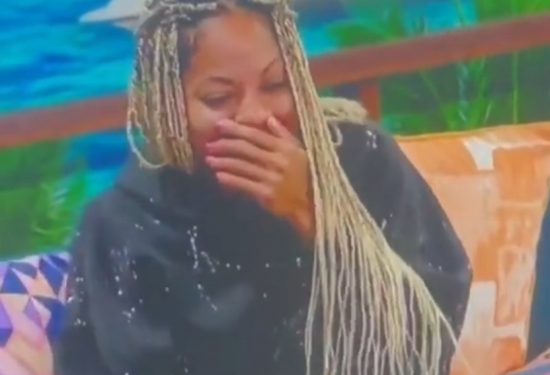 We have no idea how this week will go.  I don’t even think it matters what Tiffany or other people say right now.  Christian should go on the block today but there’s a lot of time from Monday to Thursday. Add to that, this is a house where people change their minds quite frequently and by house, I mean Tiffany. Christian is going to be mad and so is Alyssa so the feeds should be good.  Christian was furious when SB got put on the block so can you imagine when he goes up himself?

At this point, I think it’s better for Tiffanys game to take out Sarah Beth. It’s not what I want to see happen,  it’s just what I think benefits her the most. DX could end up hearing about Tiffany trying to change the target even if she doesn’t follow through with it and that isn’t good. If you’re going to get in trouble anyway, at least get what you want out of the week.  Although, she’s good at keeping her hands clean so that may not happen and maybe Christian should go.  It sounds like I’m wishy washy this year with my opinions.  The reason is, we don’t often see players who are playing so well, they actually have options. There’s usually just one path for people, the right one and the wrong one. Tiffany is playing so well that she’s given herself choices and this isn’t the first week she’s had them either.

I fear DX is screwed no matter how the week plays out.  I still stand by my original opinion of DX needing to take out Christian. Yes, he’s a shield but when you’re shield is the best competitor in the house and he’s planning on trying to take you out next week, he needs to go.  If we didn’t know Christian was planning on targeting DX, my opinion would be different.

Theres one exception to this for me.  I think what DX’s best move would’ve been, based on the makeup of the house, was to team up with Christian.  I don’t mean the fake agreement DX, Hannah, Alyssa and Christian made last week. I mean, really team up and blow through the house with comp wins. It doesn’t seem as if anyone can touch either of them in comps. Since that was never going to happen, what was he supposed to do?  Unfortunately, I don’t see a scenario where DX gets to the end without comping out anyway. DX never had what he needed, no matter what he did this week. He needed solid numbers to have his back. Without a Christian/DX duo, his best bet would’ve been trying to form something with Kyland, SB and Hannah. That was discussed over the weekend by DX, Kyland and SB.  Kyland was on board but he isn’t really loyal to DX and Hannah would never go for it.  DX does have some good strategy tho. I was impressed listening to him talk about wanting Kyland to win the veto. He knew it would allow for the backdoor but also would increase the target on Kyland. He’s just playing on a season where there are a lot of good players.

Sometimes when I get tired of typing, I will temporarily switch over to speaking it. Anytime I say “DX,” it always registers as “the eggs.” I always have to go back and fix it. If I ever miss one and I’m talking about “the eggs,” you’ll know I mean “Derek X.”  I just thought I’d mention it because the odds are high it will happen at some point.

Hannah wants to warn Alyssa ahead of time so there’s that. (Damn it, Hannah!) Have a great Monday and check back later for the fireworks!