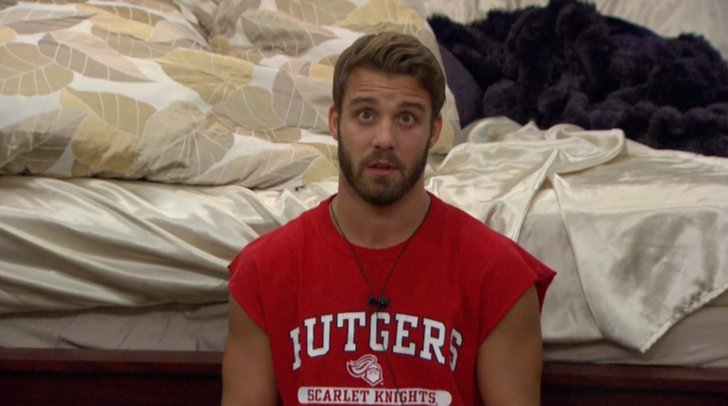 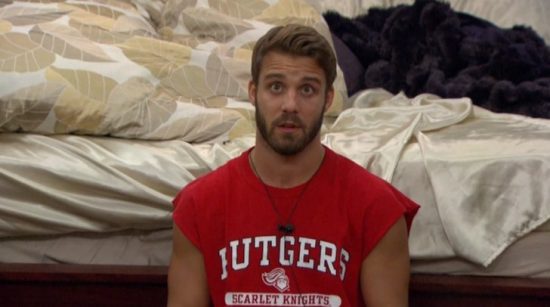 First, let me apologize for the abbreviated live feed updates last night. Between the beach and a birthday party, I was absolutely spent and needed sleep. I want to give Amy a huge thank you for stepping in and watching over the feeds during the very long roadkill competition. She kept texting me asking if it was normal to take this long. Yup, it is. My typical weekend consists of hearing loops of Jeff and his dumb interviews with evicted houseguests while comps are going on. On the bright side, I seemed to have jinxed myself by creating the nickname ‘sunburn’ for Michelle Thursday night. I was in the sun for about an hour and a half and my back was feeling pretty red (and I used sunscreen. My Irish blood shines through I guess).

On to the house…. If Jozea ends up winning the competition to re-enter the house, it appears his ego will have a new rival waiting for him… Paulie’s ego. While Jozea’s ego was manufactured, Paulie has certainly earned his by winning 2 HoH’s and a PoV already this season, all while having Bronte drool over all him and having a ‘showmance’ with the most beautiful girl in the house (Z). It doesn’t make an earned ego any less annoying, but at least we can explain his.

Over the past 2-3 days, I have heard Paulie mention there is no way anyone can beat him in endurance competitions (even light females who typically dominate those comps), how he has never lost a wrestling match, how he can beat Frank in any competition, and apparently telling people he was bred for this game.  Paulie – a Big Brother legend in his own mind.

Today’s power of veto comps is one of those very important competitions. Sometimes they’re pointless, sometimes they’re not. Today is definitely one of those latter days. You have Paulie, Tiffany, Corey, and Natalie playing. They still need to pull 2 more names from the hat, but right now James sounds like he’ll pull Natalie off, and Frank will save Tiffany (weird, right?). It’s quite likely Nicole will save Corey, and at this point I will be absolutely shocked if these are the final nominees heading into Thursday. It sounds like one of them will be pulled from the block, but who it is, and who is the replacement nom will be huge.

Most of these feed updates will be very brief until the veto competition is actually complete, but here goes…