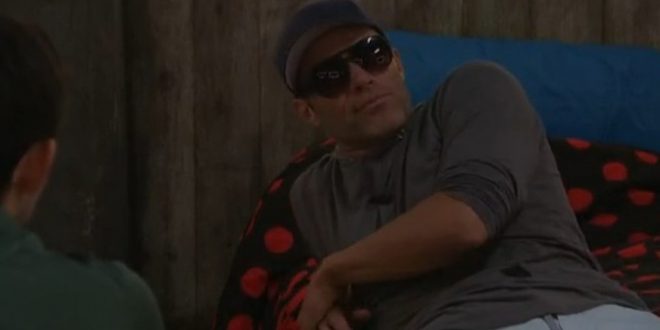 It’s Friday afternoon in the Big Brother house and another week is underway. Assuming anyone is actually reading this after their season ended last night when Janelle walked out the door. I half kid but Twitter was full of people saying they are done watching so I’m guessing I’m the only one still watching!

If you haven’t noticed by now, Enzo won the HoH and it’s basically a coin flip if he’s going to actually make a move or not. According to him, it sounds like he’s going to nominate Kaysar and a pawn but have Ian as a backdoor option. I personally think Ian is one of the most dangerous players in the house and it would be foolish to focus on a Kaysar over him, but at the same time, they can’t just forget that Kaysar will likely go after them if he ever wins a comp. Enzo really doesn’t have any need to get any serious blood on his hands this week so maybe knocking out a future threat of Kaysar may be the best for him.  Flipping back, these are all pre-jury evictions so it really doesn’t matter if they piss them off or not. These next two weeks are when I’d personally want to backdoor/backstab a huge target who may turn out to be a bitter jury member. But, I’m just a blogger and my opinion really doesn’t matter.

I do know that Enzo is setting himself up fairly nicely in this game if he does handle this week properly.  He and Christmas are both in their alliances just enough to be noticed but not enough to be considered real threats to anyone.  Right now these are the actual contenders who are going to have a really hard time making it to the end:

These are all players who I feel have a legitimate shot at actually winning it all but are too involved in all the house drama right now to have a smooth ride. If any of them actually make it, they’re going to have quite a few scares along the way.  Because of that, I’m going with Enzo and Christmas as my early prediction to make final 3.

Before I begin, a huge thank you to the generous donations by Nancy and Amareels!  My thank you to Elaine may have also been lost in the shuffle yesterday so I’m saying it again!  Thank you everyone!

The house is a snoozer. I’m off to bed