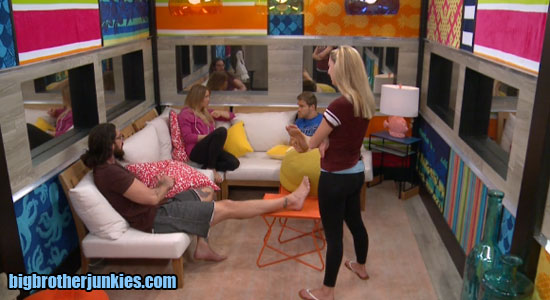 Round And Round The Big Brother House Goes 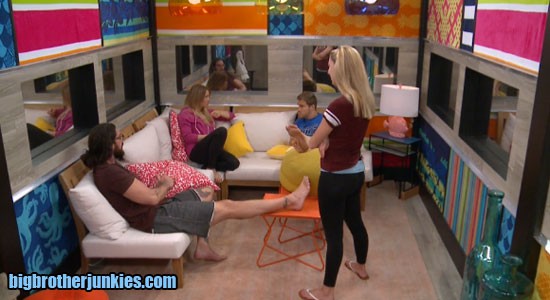 I was unable to blog a whole lot yesterday because I felt like crap, but I’m feeling quite a bit better, so let me try to recap on a wild day in the Big Brother house…

Clay and Becky were nominated, but you knew that. The veto competition came, and when the players drew for names, Vanessa got a ‘Houseguests Choice’, so she picked Shelli.  This made Becky upset because she felt it was clearly favoring Clay and not her (as it was). Becky was fairly obvious about her frustration, so when the feeds returned and Clay won PoV, Becky wasn’t very thrilled. Granted, Clay won it by himself, but she was still upset and felt like a target.

After the veto, Austin got wind that he was the backdoor plan, so he went on an apology tour that was quite embarrassing to watch. Not because he apologized, but because he made the entire thing about Liz and how he needs to be in the house/jury house with her because he loves her.

Shelli took advantage of this opportunity to push her own agenda and say that they should just vote Becky out.  This is because Shelli was annoyed that Becky was pissed about the PoV thing. Kind of petty, but people have been evicted for less.

Throughout the night, Vanessa, Shelli and Clay made a ton of different suggestions, one that even involved backdooring Jackie simply because she’ll be upset if they keep Austin. I guess if you’re going to flat out lie to someone (Vanessa and Jackie made a safety promise), may as well do it before they’re in jury.

I’m not sure what today will bring on the feeds, but I’ll be watching and keeping you updated.