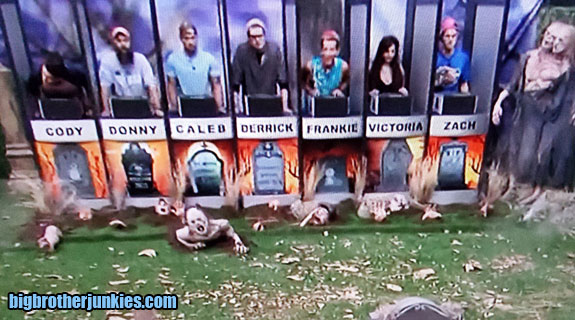 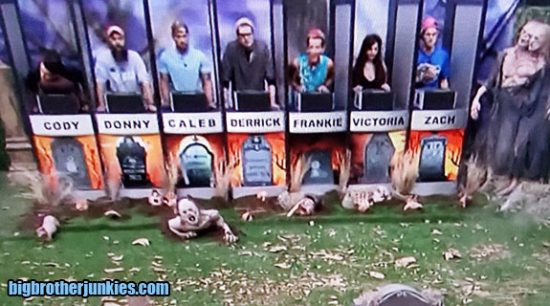 When the twist for the summer was introduced a few weeks back, it was only speculation that someone could win HoH yet still be evicted the same week. Julie threatened it on opening night, but as the weeks passed, it became an unwritten rule to keep the other HoH safe… until this week.

The opening line of the show featured Julie talking about the twist that finally came around to bite one of the HoH’s, and unfortunately for Big Brother fans, that HoH was one of the most liked players in the house… second only to Donny. Despite multiple clips leading up to the eviction showing Nicole possibly having a chance this week, there was really no chance. It wasn’t ever close. The second she became the replacement nominee, she could have walked out the house. Everyone knew it, including Nicole.  She gave it a little effort to remain, but it wasn’t going to happen despite the teaser highlights.

As predicted, it was another unanimous vote, the 5th this season.  Nicole was out of the house and talking to Julie before the midway point of the episode. She gave a pretty good interview and said she was relieved to be out of the house but would love for a second chance. She will get a chance at that along with Hayden, Jocasta and whomever is evicted this upcoming Thursday as the four players will compete to re-enter the house. This is also the last week of the double HoH twist, so I anticipate Thursday night to be similar to BB15’s competition. Everyone stood on a wall (including the four Jury members) and the last one standing won HoH. If all the jury members fall off, the last jury member standing will re-enter the house (welcome back, Hayden or Nicole).

Last night, the staff had some fun with the cast as they scared everyone by flashing zombie images in the mirrors randomly. The house got a kick out of it and ran around enjoying it for a bit. They then gathered in the living room listening to the fake news broadcast about a zombie apocalypse and had to pay attention for clues. I knew this was setting them up for the HoH competition tonight, and I was right.  When the remaining houseguests entered the backyard, it was a cemetery theme and Julie asked them questions based on the news broadcast of the prior night.

Unfortunately for Donny, he was a zombie himself (he is an early sleeper), so he didn’t get to pay very good attention to the broadcast. He had no hope in winning this competition which set up the detonators for a pretty easy win. Derrick and Frankie were the last two standing, and they will share HoH duties for a day.

Tune in Sunday night to see who they nominated, or just keep checking this blog for updates.

Visit OK Magazine for more of my Big Brother recaps!