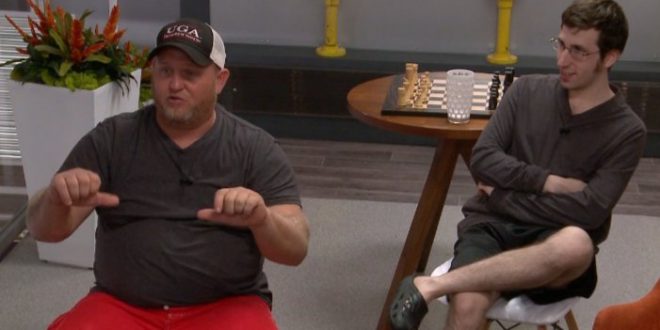 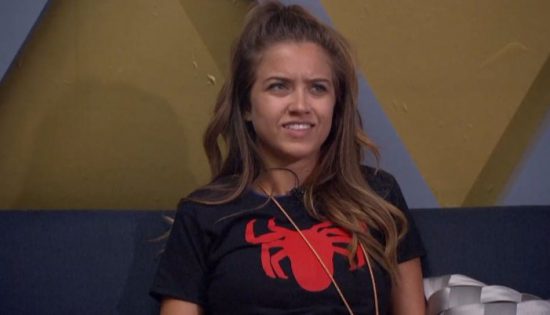 The bug is spreading!

If you missed the updates today, the HoH comp was, and is still being played. Wait, what?  Exactly. Much different than the traditional endurance comp to open the season where only 2-3 people actually want to win, so most hold on long enough to look like they didn’t throw it when they fall.  Anyway, the house entered the living room to see a glass with blue liquid giving them a vague warning.  Shane decided to drink it, because why not, right?  A drink that looks like anti-freeze can only be a good thing. Well, he was then called to the DR and came out about 10 minutes later with a t-shirt and a necklace with a tick looking thing on it. He explained this is how the HoH competition will go…

Shane was infected, and lost the comp.  He now has to wait until a buzzer sounds, and he can hand the necklace off to someone else (he chooses). That person is infected and is out of the comp. This will go on until 1pm tomorrow when the last person to not be infected becomes HoH.

The current infected are:

Here are the nightly updates:

Oh, I want to do a fan favorite poll each week:

I blog stuff about Big Brother
Previous This Is How America Will Impact The Season
Next Over the Top Friday Feed Updates; Finishing Up HoH
Subscribe
Login
36 Comments
Newest
Oldest Most Voted
Inline Feedbacks
View all comments