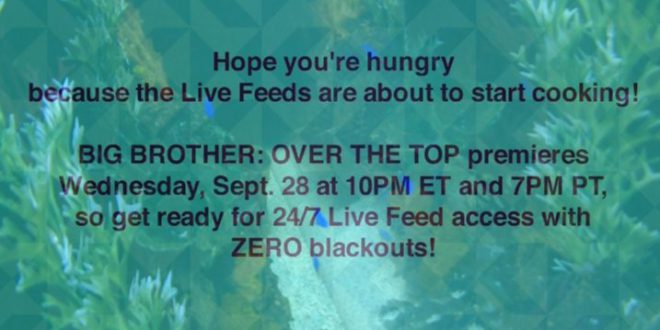 Big Brother: Over the Top Live Whatever Thread 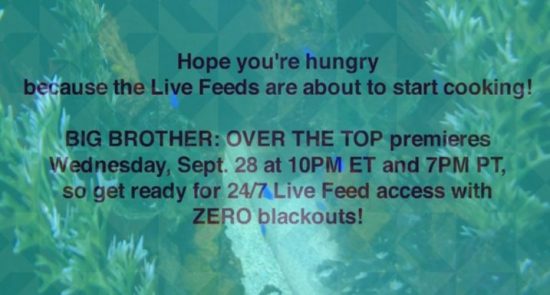 Seeing as this is the first episode of a new type of platform for Big Brother, I didn’t really know what to call it, so ‘Live Whatever’ it is for now.

Remember, if you want to watch this,  you need to be watching the live feeds. I really hate to sound like I’m pushing the feeds on you, but it’s the way it is for the fall.  If you don’t want to join the feeds, you can stick around here and follow along.  I will do my best to add more screenshots this season knowing that people won’t have the episodes on TV to watch.  They will have weekly and daily recaps, and you can watch them on TV if you are able to use things like Chromecast, AppleTV or your Xbox One (no word on PS4), but you still need to be a subscriber to All-Access.  At $6/month, it’s a pretty damn good deal, but it’s always easier to spend someone else’s money I guess.

Ok, this thread is getting too long. Starting a new one

I blog stuff about Big Brother
Previous Let’s Talk About The Cast Of Big Brother: Over the Top
Next Big Brother Over the Top Live Feed Thread
Subscribe
Login
5 Comments
Newest
Oldest Most Voted
Inline Feedbacks
View all comments